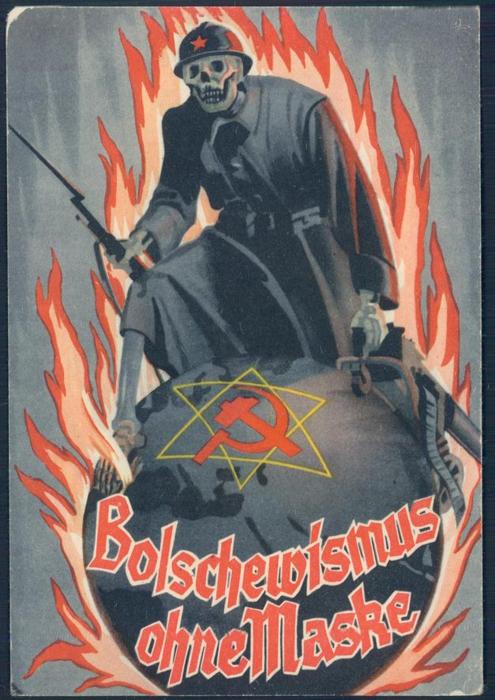 This chapter of The Fountainhead pauses the action to tell us about the childhood and early life of Ellsworth Toohey, the sinister socialist villain. Strangely, the ostensible hero Howard Roark never gets this kind of lovingly detailed backstory. The text is disinterested in Roark’s past and upbringing just as he himself is – although that’s consistent with Rand’s general attitude that only evil people care about the past.

The first thing we read about Toohey is the time he schemed to bring down a bully:

Ellsworth Monkton Toohey was seven years old when he turned the hose upon Johnny Stokes, as Johnny was passing by the Toohey lawn, dressed in his best Sunday suit. Johnny had waited for that suit a year and a half, his mother being very poor. Ellsworth did not sneak or hide, but committed his act openly, with systematic deliberation: he walked to the tap, turned it on, stood in the middle of the lawn and directed the hose at Johnny, his aim faultless — with Johnny’s mother just a few steps behind him down the street, with his own mother and father and the visiting minister in full view on the Toohey porch.

…Ellsworth did not turn to the Stokeses behind him, but said, slowly, distinctly, looking at his mother and the minister: “Johnny is a dirty bully. He beats up all the boys in school.” This was true.

In another book, this scene would be an obvious sign of a hero: someone who has a passion for justice starting from childhood. In this book, it’s murkier how we’re supposed to interpret it. That’s especially true since the bully, Johnny Stokes, appears to be a baby Randian hero-in-the-making:

…Johnny Stokes, who never listened in class, seldom opened a book at home, yet knew everything almost before the teacher had explained it. Learning came to Johnny automatically, as did all things: his able little fists, his healthy body, his startling good looks, his overexuberant vitality… When they came to compositions, Johnny would stun the class by some brilliant display of rebellion.

And yet, he’s also a bully who picks on children smaller and weaker than he is. This is almost too on-the-nose. Either Rand was parodying herself, brilliantly and completely unintentionally; or else she really intended us to believe that Toohey was the one in the wrong here, and that bigger kids tormenting and humiliating smaller kids is the natural order of things and adults shouldn’t interfere in it.

He was a thin, pale boy with a bad stomach, and his mother had to watch his diet, as well as his tendency to frequent colds in the head. His sonorous voice was astonishing in his puny frame. He sang in the choir, where he had no rivals. At school he was a model pupil. He always knew his lessons, had the neatest copybooks, the cleanest fingernails, loved Sunday school and preferred reading to athletic games, in which he had no chance. He was not too good at mathematics — which he disliked — but excellent at history. English, civics and penmanship; later, at psychology and sociology.

It’s a clever little aside about Toohey’s character that he doesn’t like math (because it has objective answers, you see). Rand was capable of being subtle, when she wanted to be. She just usually didn’t want to be.

His mother thinks, with pride, that “he doesn’t care about material things at all”. When his parents offer to buy him gifts, like a bicycle or a new suit, he refuses. He’s a star orator in high school (“He won every debate. He could prove anything”), and he plans to become a minister, until he discovers politics and socialism:

He did not become an aggressive zealot. He became gentler, quieter, milder. He became more attentively considerate of people. It was as if something had taken the nervous edges off his personality and given him new confidence… Nothing actual seemed to come of his preoccupation with revolutionary theories. He joined no political party.

He attends Harvard, where his education takes another unexpected turn: he studies literature and fine arts instead of economics or sociology. When people around him say this newfound interest doesn’t fit his personality, he quietly asserts that they’re wrong. All the while, he gathers a circle of confidants: social outcasts, the chronically ill, people who’ve suffered personal tragedies. They all come to him for advice and counsel, which he gives freely, and soon they become dependent on him (“like a drug habit”):

He moved among all these unformed youths, with the assurance of a man who has a plan, a long-range plan set in every detail, and who can spare nothing but amusement for the small incidentals on his way. His smile had a secret, closed quality, the smile of a shopkeeper counting profits — even though nothing in particular seemed to be happening.

One paragraph that’s particularly worth noting says that Toohey has little appeal to “the poor boys working their way through college” but many devotees among “the young heirs, the second and third generation millionaires”.

At this point in her career, Rand seemed to believe that the only fortune that’s good is the one you make yourself. She was suspicious and disdainful of inherited wealth (see also: Lois Cook). By the time she wrote Atlas, that view had softened, as most of her protagonists (Dagny Taggart, Francisco d’Anconia) were scions of millionaire industrialist dynasties.

After college, Toohey finds a patchwork of jobs as a cultural critic and lecturer, sprinkling his writing with proverbs like “A man braver than his brothers insults them by implication. Let us aspire to no virtue which cannot be shared,” or more disturbingly, “We are all brothers under the skin — and I, for one, would be willing to skin humanity to prove it.” (It would be even more disturbing if Rand’s heroes didn’t express even more violent and extreme views.) Finally, he writes Sermons in Stone, which leads to popular acclaim and a job as a columnist at Gail Wynand’s New York Banner.

The one purpose Toohey serves is that his presence explains something that Atlas Shrugged never does: namely, how it’s possible that poor, basement-dwelling outcasts could wield such vast power over the world’s jetsetting CEOs and millionaire geniuses. The Fountainhead‘s answer is that Toohey is quietly organizing the poor and the disaffected into an army under his control, one that he can turn against the rich and successful whenever he pleases.

However, the price of this is that you have to have at least one intelligent, competent villain who might be able to defeat the heroes even if they try to oppose him. (Roark never does try, so the question of their relative competence never comes up.) By the time she wrote Atlas, this was unacceptable to Rand – she’d come to believe that only heroic individualists could ever be smart or competent at anything – so in that book, socialism just wells up from nowhere, like abiogenesis in the primordial ooze.

Ellsworth Toohey is a literal incarnation of what the modern alt-right calls “cultural Marxism” – the conspiracy theory that left-wing intellectuals are plotting to bring about the downfall of society by tainting every institution with our evil, decadent values of tolerance and diversity, which are of course opposed to God, the flag, apple pie, capitalism, white skin, strict gender roles, and everything else that makes America great.

Rand didn’t do this, if only because non-white people seemed to be totally outside her sphere of awareness. Even so, it’s jarring to see a writer who was herself of Jewish ancestry taking up and using elements of propaganda rooted in the genocidal fantasies of the Third Reich. Although he’s not identified as such, the physically frail, long-nosed, big-headed Toohey has all the racial coding associated with anti-Semitic stereotypes of the sinister Jewish intellectual. Evidently, Rand wasn’t always aware of where her tropes were coming from.

Image: “Bolshevism Unmasked”, a Nazi propaganda poster from 1939. Via Reddit. 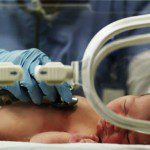 March 12, 2018 We Don't Own Our Children
Recent Comments
0 | Leave a Comment
Browse Our Archives
get the latest from
Daylight Atheism
Sign up for our newsletter
POPULAR AT PATHEOS Nonreligious
1