Two weeks after I wondered whether the atheist community would protect Lawrence Krauss, I’m pleased to write this followup: the dam has broken open. If Krauss and his defenders have tried to keep this story under wraps, they’ve failed completely.

The skeptics who were whitewashing Krauss’ Wikipedia page have given in, and it now contains a summary of the allegations against him. It’s shorter and less detailed than I’d like, and is clearly written from a viewpoint sympathetic to Krauss, but it’s something.

Better, the major secular groups have taken public action. The American Humanist Association removed Krauss from their speaker pool and are reviewing a past Humanist of the Year Award given to him, with an eye to deciding whether to rescind it. They also issued a commendably strong statement:

“It’s deeply disappointing when someone we’ve honored, and who regularly speaks to the world representing humanists everywhere, fails to meet our expectations. When a prominent humanist’s commitment to reason, compassion, and egalitarianism appears to be fundamentally compromised by his or her behavior, we must act on our disappointment to ensure that the world understands humanists at large don’t condone such misconduct,” said Roy Speckhardt, executive director of the AHA.

The Freedom from Religion Foundation, citing “well-documented allegations of sexual misconduct”, has removed Krauss from their honorary board. (Krauss’ wife Nancy Dahl popped up in that thread to defend him, with her usual vitriol – with the highly ironic result of motivating another woman who hadn’t come forward to contact BuzzFeed with her own account of Krauss’ misbehavior.)

The Center for Inquiry also said they were suspending their association with Krauss. I admit this surprised me a little. Of the big secular groups, they had the closest ties to Krauss, especially through their subsidiary, the Richard Dawkins Foundation. As I’ve noted previously, CFI’s leadership has a history of hostility to feminism, and one of the incidents BuzzFeed reported on took place on a CFI cruise. It would be nice if they’d examine their own complicity; but the fact that they’ve said anything at all is noteworthy.

In addition, some new stories about Krauss’ behavior have come forward. The atheist vlogger Cristina Rad made a video about a time he touched her inappropriately at an atheist conference in 2011. Rad said that, at first, she truly believed that when Krauss was confronted with evidence that so many women didn’t welcome his advances, he’d be overcome with shame and would apologize. Instead, he doubled down with a response that, in so many words, calls all his accusers liars.

Even Jerry Coyne, who’s been nastily dismissive and hostile toward feminism and social justice, concludes that the allegations against Krauss are most likely true (even while he insists that he’s against “trial by social media”). He says, “I didn’t find the specifics of most allegations [in the BuzzFeed article] fully convincing,” but he knows of three more cases, none yet made public, that he finds credible.

Sam Harris, meanwhile, is trying hard to have it both ways. In an interview, he trashes BuzzFeed in general as “terrible” and “unscrupulous”, denounces some of the accusers as “people who’ve made it their full-time job to destroy reputations of prominent atheists”, and offers the familiar misogynist sneer that women only cry sexual harassment when they’re hit on by unattractive men. But he, too, says he’s heard from more people who haven’t gone public* and grudgingly concedes that the charges against Krauss are probably true.

Last but not least, Matt Dillahunty has finally spoken out. In a self-pitying podcast interview and a short Facebook statement, he says he won’t work with Krauss in the future – although not before complaining about how much criticism he’s been subjected to and all the other stuff he has to do, with the implication that offering an opinion on sexual harassment is an annoying distraction from important things and he’s doing it to get people off his back. Regardless, he did condemn Krauss (now that he’s safely in the middle of a crowd), so, yay?

Reading the reactions from big-name atheist men, what strikes me is how much resentment and heel-dragging there is. The general tone of a commentary like Harris’ isn’t “I was wrong about Lawrence Krauss and I’m sorry,” or even, “Thank goodness this story brought the truth to light so no one else is harmed,” but “BuzzFeed is worthless, the women who came forward are liars and professional victims… but I guess they were right this time, so I won’t work with Krauss again, are you happy now?” Even when the evidence is so strong that staunch anti-feminists can’t deny it, it seems they want to emphasize that they haven’t changed their views in general.

Regardless, I think this is a positive development, because it sets a precedent. The next time an atheist celebrity is accused of sexually predatory behavior (and there will be a next time, I have no doubt of that), we’ll have an example ready to hand of what makes a harassment claim credible and what we should do in response.

The first step is the hardest, since it has to overcome all the inertia of accumulated centuries of sexism and patriarchy, but it makes all the steps after that easier. Dare we hope that the secular community is – slowly, grudgingly – walking in the right direction?

* Jerry Coyne, Sam Harris and Matt Dillahunty all say they know of more stories about Krauss’ behavior that haven’t been made public. Are these the same stories? If not, how many more people are out there? 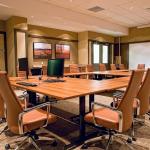 March 23, 2018 The Fountainhead: Nature Abhors a Committee
Recent Comments
0 | Leave a Comment
"More or less Marvin Harris's explanation in Cows, Pigs, War, Witches."
TBP100 The Fountainhead: Wool and Linen
"Thank you very much! It's an honor to be mentioned in the same sentence as ..."
Adam Lee Commonwealth, III.XVII: Project Chicxulub
"The end of an era. Well, here's hoping for a succesfull new site."
bificommander There’s a Change Coming…
"Yes, it should! I need to correct that."
Adam Lee Commonwealth, III.XVII: Project Chicxulub
Browse Our Archives
get the latest from
Nonreligious
Sign up for our newsletter
POPULAR AT PATHEOS Nonreligious
1