Like me, you may be feeling discouraged by the latest wave of bad news about prominent figures in the secular community. But I also believe we can’t let their misdeeds be the last word.

If we want to see a better atheist movement, one that takes diversity and social justice seriously, then we have to do more than criticize foolish or bigoted statements made by the current crop of atheist “thought leaders”. (I’ve come to wonder if even rebutting the latest stupid thing one of them said does more harm than good, insofar as it keeps the spotlight of attention on them and treats them as the de facto spokesmen for all secular people.)

Instead, we have to bring new voices and new perspectives to the forefront. The American Humanist Association is one of the few groups that seems to be making a real effort to do that, as you can read about with their Secular Social Justice 2018 conference, to be held in April in Washington, D.C.

Take a look at the speakers list, and you get a glimpse of what the atheist movement could and should look like: young, vibrant, diverse, and very much not the same stale lineups of middle-aged and elderly white men. I’m betting many of these names are new to you, as they are to me; and I’m also betting the subjects they plan to discuss aren’t the ones you’ve gotten used to hearing at secular conferences. That’s just what we should be looking for.

And if you can’t attend that one, good news! Minnesota Atheists and Secular Woman are putting on a second Secular Women Work conference, to be held in Minneapolis in August 2018. As the press release says:

The original conference in 2015 highlighted the importance of “women’s work” in the secular movement. Secular Woman president Monette Richards explains, “The recent revelations that atheist figureheads and organizations knew and did nothing about Lawrence Krauss long before his recent #metoo reckoning demonstrate how far we still have to go as a movement in valuing the contributions of women. There’s no better time than now for another Secular Women Work.”

This conference still needs funding, and the organizers are running a Kickstarter campaign. I’ve donated and you should too.

Every ticket sold, and every dollar donated, is a vote for the secular movement we want. If you can attend either conference, or give money to support them, I encourage you to do so – even if you can only spare a few bucks. It shows that we value the contributions and the voices of people who’ve historically been overlooked, and it helps to shape the direction that our movement will take in the future. They can be our next generation of activists, if we give them the chance.

Of course we’ll still talk about defending separation of church and state, protecting children from abusive religious upbringings, learning how to think rationally and critically, and feeling respect and appreciation for the awesome discoveries of science. Those things are important and there will always be room in the secular community for them.

But we don’t have to stop there. There’s no reason in the world why atheists should care about those specific issues and no others. We can talk about racial inequality and immigration, about the drug war and incarceration, about feminism and gender discrimination, about emotional labor and implicit bias. We can benefit from the unique insights that an atheist and secular perspective can bring to these issues, and we, in turn, can learn from people who’ve lived them in ways we haven’t, broadening our own minds and growing in empathy. 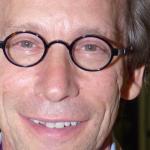 March 5, 2018
The Wall of Silence Around Lawrence Krauss
Next Post 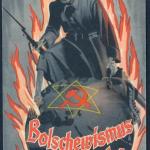 March 9, 2018 The Fountainhead: Cultural Marxism
Recent Comments
0 | Leave a Comment
Browse Our Archives
get the latest from
Daylight Atheism
Sign up for our newsletter
POPULAR AT PATHEOS Nonreligious
1