Why Are Big-Name Atheists So Bad at Taking Criticism?

Why Are Big-Name Atheists So Bad at Taking Criticism? April 30, 2018 Adam Lee 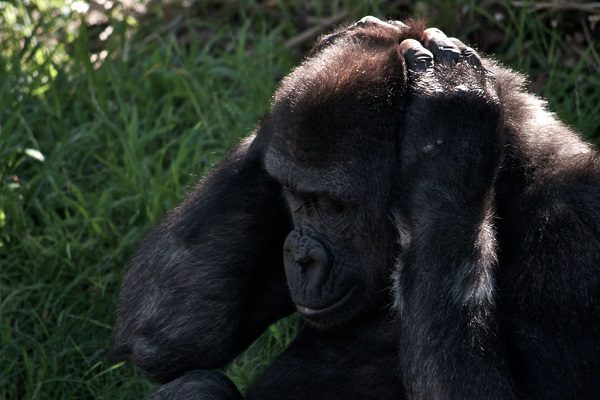 I wrote last week about Sam Harris’ feud with Vox and Ezra Klein, and I want to follow up on that. As a reminder, Harris gave a friendly, softball interview to the racist eugenicist Charles Murray, casting him as a persecuted victim of political correctness. When he was criticized for it in an article on Vox, Harris blew up, claiming that the criticism was a “hit job” and a bad-faith attempt to smear his reputation.

After several rounds of argument and reply, Harris agreed to have Ezra Klein on his podcast, and the two of them had a long, occasionally tense, but civil conversation. In that conversation, Harris acknowledged, “My fuse is pretty short,” and conceded that he’s been “very quick to attribute malice and bad faith… when it wasn’t warranted”.

I thought that that would be the end of it. But it seems Harris just can’t let it go, because in his latest podcast, he went back to angrily denouncing Klein:

I was laboring under the delusion that I should be able to reach the far left… At no point in my day or in any one of my podcasts do I wonder what can I say to convince a neo-Nazi that he’s wrong… I don’t consider neo-Nazis to be part of my audience. It’s now clear to me that I need to view the far left that way as well.

If Harris seriously thinks Ezra Klein and Vox.com represent the far left fringe of American politics, I can suggest a list of people he should get acquainted with. I have a feeling he’d be unpleasantly surprised. But on a more serious note: Hasn’t Sam Harris basically just said that he’s never going to interview a liberal again? If his view of the far left is so broad, who’s not part of it?

Even some of Harris’ staunchest followers are disappointed with the way he’s conducted himself. On Reddit’s r/samharris forum, the reaction is decidedly mixed, with numerous commenters noticing how easily Harris gets upset by criticism and how quick he is to assume that anyone who criticizes him is doing so in bad faith. Here are a few examples:

“What’s disappointed me the most is an author and philosopher I respect, who helped me drop religion and pick up meditation, is getting into Twitter fights and appearing to have a severe lack of mindfulness when it comes to public communication. He seems very affected by tweets in a way I don’t understand.” (source)

“Seriously Sam, what the fuck. You are sliding to the right in a rather grotesque, inelegant manner. Stop ingratiating yourself with the cause of white proprietorship by labeling every critique of you as bad faith. People can disagree with you and still have their heart in the right place.” (source)

“Of course, Sam can do what he wants, but it’s sad, and I feel like something is lost, when even he wants to give up on conversation. He’s smart, but I slightly get the impression that he now considers himself smart enough that he can’t be wrong about anything that matters.” (source)

“I just don’t like how conclusory Sam can be. If someone is criticizing him, it must be a bad faith argument. If his listeners don’t agree with him, then it’s not that Sam’s wrong, it’s just that he underestimated the amount of work his listeners would have to do in order to see the light.

Sam really needs to step outside of himself every now and then, and try to view his own arguments with more objectivity. Also, the fervor with which he just has to be right, so much so that he will publish private e-mails, or ruin his own vacation in trying to correct the record right away, it just comes off someone who is more caught up with winning the argument rather than pursuing the truth.” (source)

I don’t want to give the impression that I have it out for Sam Harris in particular. In fact, if it was just him who behaved this way, I wouldn’t have devoted a post to it. But it’s not just Sam Harris. More and more, I’ve noticed, this is a pattern: many big-name atheists claim to be cool, dispassionate rationalists who are only interested in the truth. Yet when anyone challenges or criticizes them, they erupt in volcanic fury.

When the accusations against Lawrence Krauss broke open, Matt Dillahunty (who had been slated to share a stage with Krauss that same day) was extremely angry and defensive about being asked by a BuzzFeed reporter to comment on it. When a number of friends and acquaintances, including me, gently suggested that getting public figures to comment on stories that involve them is a reporter’s job and that his angry reaction was disproportionate, he proved the point by flying off the handle, telling everyone who disagreed with him to fuck off and then blocking them.

It appears he simply can’t stand to be told that his behavior falls short, and it’s not just me saying that. Even a commenter on my site who was defending Dillahunty acknowledged, “The guy does not take criticism well at all.”

Going a bit further back, you may recall a column I wrote in the Guardian about how Richard Dawkins’ sexist comments were outweighing his contributions to the atheist movement. That got the man’s attention, but only enough for him to dismiss me as “that liar” and to ask in bewilderment, “Isn’t it obvious that what he says is false?” – as if the notion that Richard Dawkins has ever said or done anything sexist is too absurd to even need a rebuttal. (Dawkins didn’t specify what I said that he thought was false, leading his sycophants to tie themselves in knots trying to rebut my argument without committing to any specifics.)

That would be bad enough, but Dawkins went on to write a ludicrously self-pitying comment moaning about how an insignificant blogger like me having the gall to criticize him spells the end of reason and truth and heralds the coming of a world “where dissent from orthodoxy is suppressed by verbal if not physical jackboots”. (Verbal jackboots!)

And I’d be remiss if I didn’t mention Michael Shermer, who really doesn’t like when people share a certain news story about his past behavior. Obviously, if that article was provably false or libelous, he would have sued BuzzFeed or PZ Myers for publishing it, but he didn’t. Instead, he’s now resorting to spurious legal threats against anyone who shares or publicizes it.

How can we explain why so many big-name atheists are so short-tempered, so quick to take offense, and so eager to attribute bad faith and dishonesty to their intellectual opponents? Is this how a scientist or a skeptic ought to behave?

Kenneth Jones and Tema Okun, in Dismantling Racism: A Workbook for Social Change Groups, define an aspect of white supremacy culture that they call the “right to comfort”, which is “the belief that those with power have a right to emotional and psychological comfort” and “scapegoating those who cause discomfort” (source).

I think this principle explains a lot when it comes to big-name atheists and skeptics. Too many of them believe that, because they see through religion, that makes them The Most Rational People Alive and gives them the right to speak with authority on any topic they please. To someone with this mindset, criticism is more than just unpleasant, it’s a threat to their self-image – because it means they might be wrong about other things they believe. For someone who makes reason and rationality an aspect of their identity, the idea that their reasoning is faulty can be deeply threatening. (See also: Ayn Rand.)

The distorting effect of celebrity is also part of the problem, and this doesn’t just apply to atheists. Anyone who’s popular or powerful can surround themselves with yes-men and devoted followers who will eagerly assure them that they’re right about everything. It breeds a cult-like sense of your own infallibility.

What’s the antidote? In my series on the virtues, one moral principle that I emphasized was to be humble. Properly understood, rationality should lead us to accept our fallibility, not deny it. I wrote these words about religious apologists, but they apply to many atheists just as well:

Being humble means seeking out other opinions and other viewpoints. When we arrogantly claim that our culture, our scripture, our way of life is the only one that is good or worth knowing about, not only do we look ridiculous and ignorant, we miss out on the true wonder and diversity of thought waiting to be experienced. The humble person knows that every meeting with another, every deep and meaningful interaction between minds, broadens and enriches both lives in a way that is not otherwise possible. Being humble does not mean considering all cultural beliefs to be of equal value or moral worth, nor does it mean that some ideas and practices are not morally superior to others, but it does mean that we should take the initiative to seek out for ourselves what is good and not assume that we already possess it.

Intellectual humility demands a greater effort to listen and be fair when we hear criticism targeted at us specifically, because this is an area where we’re so prone to bias. To a real rationalist, the response to, “You’re wrong about X” shouldn’t be, “No I’m not! How dare you!” It should be, “Interesting. Tell me more about why you think so.”

May 2, 2018 The Threat of Incel Terrorism
Recent Comments
0 | Leave a Comment
Browse Our Archives
get the latest from
Daylight Atheism
Sign up for our newsletter
POPULAR AT PATHEOS Nonreligious
1