Why Christian Conservatives Are the Real Snowflakes 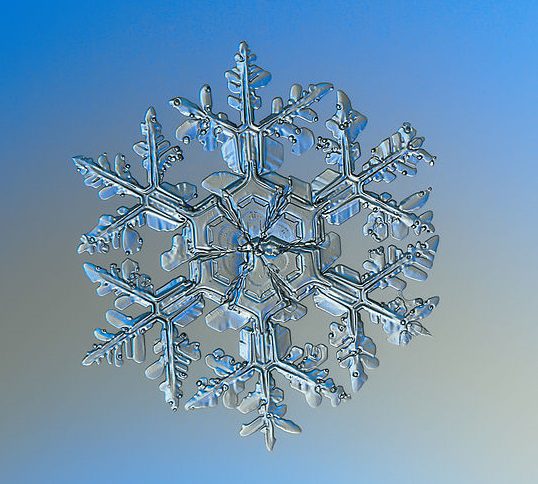 I enjoyed this post on Love, Joy, Feminism responding to Everett Piper, the president of Oklahoma Wesleyan University. Piper wrote an angry essay in 2015 titled “This is Not a Day Care, It’s a University!“, in which he scorns students who are purportedly too quick to take offense:

Our culture has actually taught our kids to be this self-absorbed and narcissistic. Any time their feelings are hurt, they are the victims. Anyone who dares challenge them and, thus, makes them “feel bad” about themselves, is a “hater,” a “bigot,” an “oppressor,” and a “victimizer.”

…This is a place where you will quickly learn that you need to grow up.

This is not a day care. This is a university.

This is bog-standard conservative rhetoric: rile up your audience by raging against the suffocating advance of political correctness, cast yourself as a brave free speech warrior speaking the truths that others don’t want to hear, and of course, end by hawking your book or calling on your audience to send money.

There’s just one problem, as David Wheeler points out in a review of Piper’s book. Namely, he’s the president of a private Christian college that puts far more and harsher restrictions on its students than any of the places he’s criticizing:

If you’re a 22-year-old student who enjoys dancing, are you allowed to dance? Maybe, but to avoid any censure, you should make sure it’s ballroom dancing. The 2015-16 handbook states that “patronizing dance clubs” is considered a minor violation of school policy. Why? Because of the “illicit sexual dancing” that happens there, as the handbook so eloquently puts it. In addition to that 19th-century tent-revival-era rule, note the additional implication: The university wants to know what you’re doing off campus as well as on.

…But coming in late after curfew, or “sneaking out at night,” in the handbook’s wording, is another minor violation of school policy.

No dancing. No sneaking out at night. What then, exactly, can you do at this place that’s a university and “not a day care”? A little harmless mischief within the dorm? Say, putting a whoopee cushion on someone’s chair? Shaking someone’s hand with a hand buzzer? What about hiding your roommate’s sock drawer?

Better be careful, you wild and crazy kids. Pranks — even “non-destructive” pranks — are also a minor violation of school policy.

It’s not just Oklahoma Wesleyan that indulges in this hypocrisy. This recent article in the New Republic is a timely reminder that, for all the hand-wringing over no-platforming and students protesting controversial speakers, there are hundreds of conservative religious colleges that are openly intolerant of differing views and have been suppressing speech for far longer and on a much grander scale.

There’s the Franciscan University of Steubenville, which fired a professor because it deemed her not pro-life enough. There’s Wheaton College, which fired Larycia Hawkins, its only black woman professor, for being dangerously sympathetic to Muslims. And then there’s Liberty University. I wrote in 2015, in “Dangerous Ideas Welcomed Here“, about how Liberty stifles its students’ speech in far-reaching ways that no liberal, pro-PC college has ever come close to:

All its students are required to affirm a strictly specific doctrinal statement and are forbidden to possess books, music and other media perceived to contain “anti-Christian” content. Most infamously, the school shut down a chapter of the College Democrats, claiming that “the Democratic Party platform is contrary to the mission of Liberty University and to Christian doctrine”.

Indeed, as the New Republic article points out, Liberty threatened a Christian peace activist named Shane Claiborne with being arrested if he set foot on their campus. (His specific crime seems to be that he, unlike Jerry Falwell Jr., doesn’t favor shooting Muslims on sight.) And then they forbade their journalism majors to write about it:

Erin Covey, a Liberty journalism major, told Religion News Service on Saturday that Falwell himself blocked her from covering Claiborne’s revival for the student newspaper. “I do think that currently the level of oversight we have does make it difficult to pursue the accurate journalism that we’re taught in classes,” she told RNS.

If you want to plunge even deeper into the abyss of fundamentalist thought control, there’s Pensacola Christian College, which exercises a draconian, North Korea-like authority over its students’ lives:

Students are required to attend on-campus church services four days a week… Their movements are strictly regulated; they’re not allowed to leave campus overnight or travel further than fifty miles from the school without requesting a pass in advance, and their movements are tracked by computers and ID cards…

There’s a list of “restricted” off-campus locations where no student may go, including “bars, clubs, casinos, movie theaters”… PCC also claims the right to search any personal electronic device, like a smartphone, and forbids students from possessing “personal network equipment” that could presumably be used to set up an illicit network hub.

It doesn’t end with the colleges, either. Don’t forget the “Benedict Option“, a call for Christians to withdraw from the world and form their own isolated, ideologically enclosed communities where they don’t have to deal with a culture they can no longer control.

Most of all, there’s Christianity’s longstanding support for book-burnings, blasphemy laws and other theocratic intrusions into everyday life. What is the purpose of this censorship, if not to turn all of society into a “safe space” for them and their ideas?

This long history of censorship shows that religious conservatives are and have always been “snowflakes”, in the pejorative sense of the word – people whose worldview is so fragile that they immediately melt in the face of criticism, whose overriding desire is to go through life swaddled in a protective cocoon so they never have to see, hear or think about anything they disagree with. And if they do get unexpectedly confronted by criticism, they’re swift to cry persecution and claim that they’re the victims of bigotry against their beliefs. (But remember, Everett Piper mocked students who claim to be victims any time their feelings are hurt!)

Obviously, no one has to grant a hearing to criticism they find upsetting or hurtful. That goes for individuals as well as institutions. While we all have the right to speak, no one has the right to force anyone else to listen.

But the censorship and intrusive monitoring established by many religious-right groups, and the thought-control policies they advocate, go well beyond this. They seek to prevent others from learning about contrary opinions or making up their own minds about them. Far from treating their followers as mature and rational adults, they act as if the commoners can’t be trusted to evaluate another viewpoint on the merits and need to be sheltered for their own good. 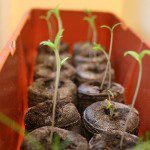 April 13, 2018 The Fountainhead: For Pity's Sake
Recent Comments
0 | Leave a Comment
"they avowed their certainty that Jesus would bring her back to life:Despite this not being ..."
Bob Seidensticker The Strange Sad Story of Olive ..."
"...currently every single link in the "Trending at Patheos Nonreligious" is to a "I'm moving ..."
OverlappingMagisteria Announcing: OnlySky
"I've already signed up on Jonathan Pearce's site. Looking forward to the new digs."
ORAXX Announcing: OnlySky
"Interesting. Although if Andrew Hall is coming along, I hope the new site will make ..."
bificommander Announcing: OnlySky
Browse Our Archives
Related posts from Daylight Atheism