The Goofier the Tale, The More It’s Swallowed 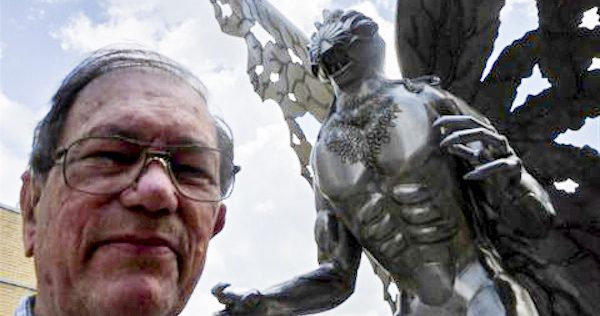 Well, the “Mothman” movie stirred thoughts about the eagerness of some people to believe nutty things.

Back in the 1960s, I wrote newspaper reports on the original Mothman craze. After West Virginia witnesses reported a “man-size” bird with a 10-foot wingspan and glowing red eyes, I figured they had seen a huge crane in the night and gotten overexcited. But the Mothman tale was unstoppable. Ardent fans didn’t want an ornithological explanation. Speculation grew.

Flying saucer buffs — who flock to such bizarre happenings like, uh, moths to a flame — held a worldwide “Congress of Scientific Ufologists” at a Charleston hotel in June 1969. Sponsors said a Philadelphia mystic who communicated with “space intelligences” foresaw a wave of West Virginia UFO appearances during the session. But none occurred.

The ufologist meeting was held behind locked doors. The public wasn’t allowed to hear what I assume were startling revelations. I wrote that participants planned to discuss Mothman, and also discuss a local couple who claimed they had been visited by many angels. In fact, the couple said they, themselves, had turned into angels. That was the last I heard of the angelic West Virginians. I wonder if they’re still around.

The Mothman craze was similar to the much-publicized Braxton County Monster uproar during the same era — but I won’t bore you with the 584th retelling of the Braxton sighting.

In fact, I was trying to ignore all such dingaling topics, but someone sent me a book titled The Abduction Enigma. It says matter-of-factly that “between three million and six million Americans have been abducted” onto UFOs by space aliens who experimented on them. A Web site (www.abduct.com/irm.htm) offers to perform “alien implant removal and deactivation” for victims. The price is $65 to remove implants inserted in your body by “gray” aliens, and $95 to extract those of “reptilian” aliens. That’s a bargain, when you think about it.

I’ll offer a wager: If you concocted the most preposterous claim imaginable — say, that Mothman reappeared and told you to start a cult worshipping him — I’ll bet some followers would join your movement and give you money. The record contains plenty of corroboration. For example:

• The mystic Judy Knight “channels” the voice of Ramtha, a warrior who lived in Atlantis 35,000 years ago. Hundreds of believers flock to hear Ramtha’s revelations, and pay up to $1,500 per session. Actress Shirley Maclaine says she wept with joy upon learning that she was Ramtha’s sister in Atlantis.

• Members of the Heaven’s Gate commune believed that if they “shed their containers” (committed suicide), they would be transported magically to a UFO behind the Hale-Bopp comet. So they did it.

• Some New-Agers proclaim that magical “Lemurians” live inside Mount Shasta in California.

• Members of Japan’s “Supreme Truth” sect worshipped their guru so fervently that they kissed his big toe, paid $2,000 each for a drink of his bathwater, and paid $10,000 to sip his blood. At his command, they planted nerve gas in Tokyo’s subway to kill commuters.

• Armed militias out West contend that ZOG (the Zionist Occupational Government) is plotting to seize America for the Antichrist.

• Science fiction writer L. Ron Hubbard declared that planet Earth was an alien colony 75 million years ago, and troublemakers were exterminated by nuclear explosions. Their spirits, called “thetans,” became the souls of all humans. This assertion turned into Scientology, a billion-dollar religion that attracts Hollywood stars.

What does it mean that certain earnest, trusting people are eager to believe astounding things — so much that they’ll part with their money, or even their lives? It’s baffling.

Personally, I’ve always admired pranksters who pull hoaxes to electrify True Believers. Such as British rowdies who sneak out at night — usually after a few pints — to make mysterious “crop circles” in fields. Or kindred spirits who fake photos of Bigfoot and the Loch Ness Monster.

Back when Mothman and the Braxton creature were hot topics, my cousin and I — young renegades — hatched a scheme. We had some brilliant reflectors that had been pried from those old-time wooden guardrails along roads. We planned to attach two of them to eyeglasses frames to make gleaming eyes.

We plotted to hide among roadside trees at night, then step into the glare of approaching headlights, then run away — and wait for hysterical news reports about the glowing-eyed monster prowling West Virginia.

We never did it — which is just as well, because we might have caused wrecks. But I still relish the memory of our youthful scheming. If we had pulled it off, eager believers today probably would be recalling the mysterious visitor with gleaming eyes who haunted West Virginia, then vanished. Who knows — maybe it even would be a Mothman-type movie. 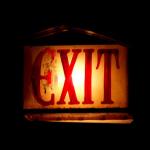 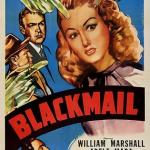 July 27, 2018 The Fountainhead: My Dinner with Wynand
Recent Comments
0 | Leave a Comment
Browse Our Archives
get the latest from
Daylight Atheism
Sign up for our newsletter
POPULAR AT PATHEOS Nonreligious
1