The Rise of American Ex-Muslims 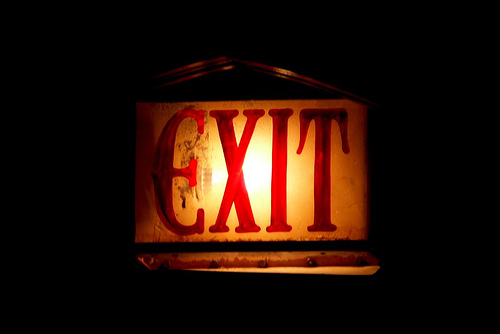 In the last few years, we’ve heard ad nauseam from atheist bigots who believe that Islam is an alien, dangerous faith whose adherents are uniquely immune to reason, and the only way to defend ourselves against them is to keep them out of the country.

I wrote a while back about how atheism is alive and well even in the Arab world, where theocracy holds sway and restrictions on free speech and assembly are brutally severe. If religious doubt can flourish under those conditions, how much more prevalent must it be in the Western world, where not even the most insular and isolated communities can completely avoid contact with modernity?

According to a Pew survey cited in the Economist, that’s just what we see happening. People raised Muslim in the Western world are leaving the faith in greater numbers than ever. As with other religious groups, the more they assimilate, the more they secularize. And it’s happening to older generations as well as the young:

As the number of American Muslims has increased by almost 50% in the past decade, so too has the number of ex-Muslims. According to the Pew Research Centre, 23% of Americans raised as Muslims no longer identify with the faith. Most of them are young second-generation immigrants who have come to reject the religion of their parents. Some, however, are older when their crisis of faith arrives, already married to devout Muslim spouses and driving children to the mosque to study the Koran at weekends.

Although there are no legal punishments for apostasy in the U.S., that doesn’t make it safe or easy to deconvert. As with Hasidic Judaism, Mormonism and other repressive, fundamentalist sects, ex-Muslims from conservative communities can face severe social sanction, ostracism and exile from their community. Many choose to stay in the closet, living a double life and deceiving their families:

One Muslim college student, who came home drunk one evening, was confronted by his father. Not thinking clearly, the son confessed to his father that he was an atheist, whereupon the father revealed that he too had lost his faith many years ago. Yet he still admonished his son for not hiding his secret well enough.

In extreme cases, when children admit they’ve left the faith, their parents aren’t above luring them out of the country to more repressive places where they can be tortured and indoctrinated:

As soon as he stepped off the plane on a family holiday to Kenya, Mahad Olad knew something was wrong. His mother, a “very devout, very conservative, very Wahhabi” woman, was acting strangely — furtively taking phone calls when she thought he was out of earshot. His suspicions would soon be proved correct. Mr Olad’s family, Somali immigrants to America and devout Muslims, had discovered that he had not only renounced Islam but was also gay… Mr Olad was told he would leave college and be turned over the next day to the care of Muslim clerics who would restore his faith.

Mahad Olad was saved by a Kenyan atheist group which helped him get to the American embassy and freedom, but other stories like his haven’t ended so happily. It’s not nice to say it, but it’s true: if you’re from a fundamentalist family of any faith and you deconvert, you have to treat your parents as enemies from then on. You can’t trust them or count on them to have your best interests at heart. That doesn’t rule out having a relationship with your family, but it does mean you have to be extremely wary about traveling with them to any country where secularism isn’t part of the law, or otherwise letting them get any kind of power over you.

In the long run, the solution is for those who can come out of the closet safely to do so. This will help to make nonbelief accepted and normalized in the Islamic world, just as it mostly is in the Western world. Ex-Muslim groups are working to do just that:

Ex-Muslims of North America (EXMNA), an advocacy organisation, has pushed for those who safely can to publicly declare their renunciations. “The goal is to change things enough so that we no longer need to exist,” says Sarah Haider, EXMNA’s director. The group launched a university tour, entitled “Normalising Dissent”, which has attracted angry critics and required extensive security preparations. Though she must contend with death threats, and has to be quite vigilant about infiltrators to her organisation, Ms Haider persists. “Condemnation is still acknowledgment,” she notes.

Islamists are in a double bind. If they say and do nothing, freethinking will flourish under their noses. But when they oppose it, even by persecuting ex-Muslims, they only make nonbelief in their communities more visible. Their only hope is to crack down as swiftly and brutally as possible, in the hope of terrifying others and dissuading them from doing the same. But in countries where they can’t exert absolute power, they don’t have that option. Social sanction can slow down open apostasy, but it can’t hold back the tide forever. 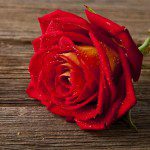 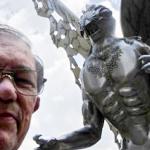 July 25, 2018 The Goofier the Tale, The More It's Swallowed
Recent Comments
0 | Leave a Comment
"Is there some secular counterpart of religious conservatism? Like being "pro-family", anti-abortion, anti-homosexuality, etc. I ..."
Loren Petrich Will ‘Nones’ Bring a Progressive Future?
"A few months after Hurricane Katrina struck New Orleans, I went to Turkey. Among other ..."
Justine Valinotti America’s Climate Exodus Is Just Beginning
"Also notable is that there doesn't seem to be much of a Religious Left these ..."
Loren Petrich Will ‘Nones’ Bring a Progressive Future?
"I'd like some assistance in that, like which URL's and where to go in each ..."
Loren Petrich Will ‘Nones’ Bring a Progressive Future?
Browse Our Archives
get the latest from
Daylight Atheism
Sign up for our newsletter
POPULAR AT PATHEOS Nonreligious
1

France shuts down mosque that shared beheading video
THE Grand Mosque of Pantin in Paris had closure notices plastered all...
view all Nonreligious blogs
What Are Your Thoughts?leave a comment
Copyright 2008-2020, Patheos. All rights reserved.