China’s Taiping Rebellion in the mid-1800s was the bloodiest civil war in human history, and possibly the worst conflict of any type, depending on whose casualty estimate you accept. Most historians tally the death toll at 20 million, but some speculate 50 million or 100 million, largely stemming from war-caused famines and epidemics.

The weird uprising began because a Chinese man, Hong Xiuquan, read Christian missionary pamphlets, then said he experienced a vision in which God told him he was a younger brother of Jesus (apparently forming a Holy Quaternary: father, two sons and Holy Ghost). Hong said God commanded him to “destroy demons,” meaning officials and supporters of the reigning Qing Dynasty.

Hong proclaimed the “Heavenly Kingdom of Peace” (Taiping Tianguo), and began raising a volunteer army to wage the opposite of peace. Oppressed peasants in southern China flocked to him, partly because of his miracle message and partly because they felt bitterness against the ruthless northern Qing government.

Early rebel victories against Qing troops in 1850 caused the Taiping army to swell beyond 700,000. One of leader Hong’s top aides — Yang Xiuqing, who claimed that his utterances were the voice of God speaking through him — became a secondary commander. Together, they mandated a puritanical society inflicting the death penalty for various vices and imposing strict separation of sexes.

Although polygamy was banned, Hong, the supposed younger brother of Jesus, had a harem of concubines.

In March, 1853, the Taipings conquered Nanking, killing 30,000 imperial troops and civilians. Hong renamed the city “Heavenly Capital” and built his “Palace of Heavenly King” there.

The rebellion mushroomed, and so did the horrendous death toll. The Taipings soon controlled much of south-central China, about one-fourth of the nation and nearly half of the population. Visionary Hong partly withdrew as military commander – but he grew suspicious of aide Yang’s pronouncements as the “voice of God.” He ordered execution of Yang and his family in 1856, along with extermination of Taiping soldiers loyal to Yang.

Gradually, the Taipings were beaten backward. But many stubbornly fought to the death. Eventually, they were surrounded in their capital, Nanking. Hong relinquished power to his 15-year-old son. Then Hong died of food poisoning from unclean vegetables in the starving city. As imperial troops overran Nanking in July 1864, many Taipings took poison and others suffered mass execution. The final battle killed 100,000 in three days.

Hong’s body was exhumed and burned, and his ashes were blasted from a cannon, to deprive fanatical followers of a gravesite where he could be worshipped as a divine martyr.

Footnote: Unlucky Chinese Gordon later was afflicted by murderous religion a second time. In 1885, he led Egyptian defenses against a Muslim holy war in the upper Nile valley, and was killed when the fanatics overran Khartoum.

(Haught is editor of West Virginia’s largest newspaper, The Charleston Gazette, and a senior editor of Free Inquiry. This article first appeared in Free Inquiry, Oct-Nov 2012.) 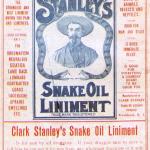 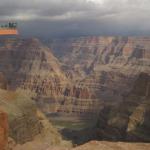 August 10, 2018 The Fountainhead: Megaprojects
Recent Comments
0 | Leave a Comment
"So one thing I've been meaning to ask how the PFR handles food services such ..."
Ian Kacprzak Commonwealth, Interlude: Protestant Work Ethic
"Yeah, religion is not a mental illness, and quirkiness isn't mental illnesses either. At best, ..."
Antigone10 The Kamloops School: Christianity’s Cultural Genocide
"It's because the church, and all religions for that matter, have been pushing the absurd ..."
jh The Kamloops School: Christianity’s Cultural Genocide
"Cultural genocide is for when regular genocide is no longer acceptable (mostly)."
Bob Jase The Kamloops School: Christianity’s Cultural Genocide
Browse Our Archives
get the latest from
Daylight Atheism
Sign up for our newsletter
POPULAR AT PATHEOS Nonreligious
1