Here’s a bombshell lobbed into the Catholic child-abuse scandal:

…Viganò claims he personally informed Pope Francis of Cardinal McCarrick’s behavior in June 2013. The letter calls on Francis to resign.

“In this extremely dramatic moment for the universal Church,” Viganò wrote. “He must acknowledge his mistakes and, in keeping with the proclaimed principle of zero tolerance, Pope Francis must be the first to set a good example for cardinals and bishops who covered up McCarrick’s abuses and resign along with all of them.”

A Catholic archbishop and former Vatican ambassador, Carlo Maria Viganò, is claiming that Pope Francis knew about the sex-abuse allegations against Cardinal Theodore McCarrick for five years and did nothing. Viganò is demanding that the pope resign for his failure.

I’m not a historian, but for a senior member of the church hierarchy to attack a sitting pope so openly seems like it must be unprecedented, at least in the modern era. And several more church officials, including bishops, archbishops and cardinals, have since come out to say that they find his allegations credible.

Two weeks ago, I wrote about Pope Francis’ mealy-mouthed response to the latest explosive revelations out of Pennsylvania. He wagged his finger very sternly at priests who rape children, without committing to take any specific actions in response. Most notably, he made no promise to punish any of the bishops who’ve helped cover up for these monsters.

I assumed this weak response was due to simple apathy, or a natural desire to protect the system he’s a part of. It didn’t cross my mind that Francis himself might have something to hide. But given how widespread the coverup is, I shouldn’t have been surprised. As Ross Douthat (!) notes, ignoring charges against your ideological allies is a Catholic tradition on both sides of the political aisle:

That’s a major reason John Paul II refused to investigate Father Marcel Maciel, the wicked founder of the Legionaries of Christ — because the Legionaries were conservative, and apparently a great success, and that was all that mattered. It’s why many conservative Catholics unwisely defended John Paul II-appointed prelates like Boston’s Bernard Law in the early 2000s. It’s why a notorious traditionalist priest, Father Carlos Urrutigoity, could find a welcome from conservative bishops in Pennsylvania and then Paraguay, despite a trail of abuse allegations.

I’d add to this that, in 2010, I wrote about the previous pope, Benedict XVI, and how when he was a German archbishop, he was personally involved in a case where a child molester was sent to therapy and later allowed to resume his pastoral duties. The church got a subordinate to fall on his sword and claim that Benedict wasn’t responsible for letting the pedophile go back to work – although it doesn’t seem to have occurred to anyone that reporting this man to the police was the proper response.

So far, Francis’ sole response to Viganò’s letter is a non-response: “I will not say a single word on this”. It doesn’t seem he has any plans to resign, guilty or not. And why would he? It’s not as if he can be impeached.

Now, here’s the problem. Whether Viganò is telling the truth or not, I don’t believe for an instant that he’s speaking out in good faith.

As the NPR article notes, Viganò is an ultraconservative who’s argued that the solution to child abuse is to purge all gay people from the church (he says that secret “homosexual networks” are “strangling the entire church” with “the power of octopus tentacles”). Arguably, his statement is equally damning to him – because it says that the reason Francis knew about McCarrick was that he, Viganò, informed him in 2013.

But Viganò didn’t do anything about McCarrick either! If he knew that Francis had been sitting on this information for five years and Viganò was outraged that children weren’t being protected, why wouldn’t he go public sooner, or go to the police himself?

As in the Benedict case, this notion didn’t even enter his mind. He takes it for granted that the proper response to a pedophile was to report it to his church superiors and then wash his hands of it. If Francis is guilty for doing nothing about McCarrick, so is he. And since this happened in 2013, you can’t even use the weak excuse that “times were different then” and no one thought contacting the police was the right solution.

The conclusion to be drawn is that Viganò and his allies don’t care about child molestation or the coverup thereof. They’re just mad about a pope who’s slightly more liberal than they’d like, and he’s only disclosing this information now to undermine him. His revelation was political and strategic, not motivated by any genuine desire to protect children. If he and his ultraconservative allies got Francis to resign and installed a new, handpicked pope, there’s little doubt that pope would be just as willing to continue the coverup.

But that’s not the same thing as saying he’s wrong. Now that this is in the open, the Catholic church could be heading for an all-out civil war, especially over the open secret of gay men in the priesthood:

James Alison, himself a gay priest, observes, “A far, far greater proportion of the clergy, particularly the senior clergy, is gay than anyone has been allowed to understand,” and many of those gay clergymen are sexually active. Father Alison describes the “absurd and pharisaical” rules of the clerical closet, which include “doesn’t matter what you do so long as you don’t say so in public or challenge the teaching.”

I have no belief that any real reform is going to come as a result of this, no matter who wins. The Catholic church is too dogmatic, too hidebound, too obsessed with power and secrecy. But if this makes it clear to outsiders how hypocritical and immoral they are, and encourages more members to walk away, so much the better. 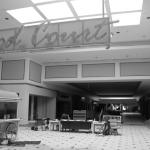 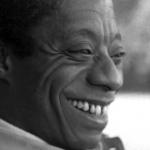