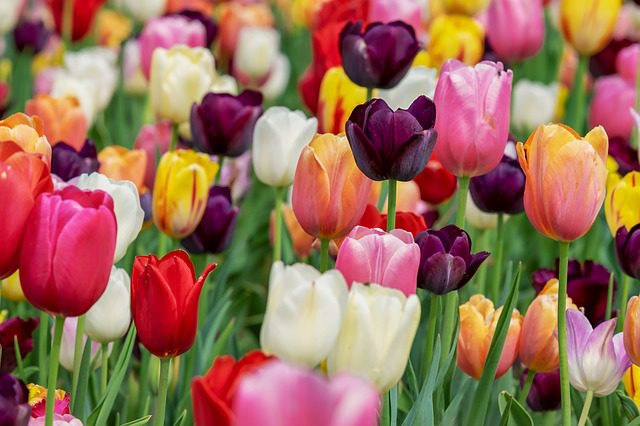 As I wrote last week, the U.S. midterm results were good but not as encouraging as I had hoped. But even in a world that seems as broken as ours, there are reasons for hope. If you look closely, you can catch glimpses of a coming new world buried beneath the old one, like a fragile green sprout under snow.

Here’s a story that comes to me from Jim Haught, my new regular guest contributor: In ultra-Catholic Poland, the ferociously anti-clerical black comedy Kler is obliterating box-office records:

Over the course of 2 1/2 hours, we see one of [the priests] with his girlfriend, another with the young boy he has assaulted and yet another passing around large wads of cash. They drink, swear and steal. The bishop tries to cover up a pedophilia scandal.

…In its opening weekend, this film broke all previous box office records; in its first three weeks, more than 3 1/2 million people, 10 percent of the country, went to see it. In the small-town cinema where I saw it, the type of place where the church is meant to be particularly strong, the movie sold out all of its initial showings.

As the article points out, it’s unlikely this film could have been made ten or fifteen years ago. Poles remember Pope John Paul II with reverence, and the church had a reputation for tolerance during the communist era.

But Catholicism in Poland has taken an ugly turn, as priests ally with neo-fascist groups and preach sermons in support of the ruling far-right party in exchange for state subsidies (and government backing for anti-choice laws that would ban abortion even to save a woman’s life). It’s not surprising that their authoritarian behavior would provoke a backlash and help people to see that the church isn’t a neutral or benevolent force, but a corrupt institution that craves power above all else.

There’s more good news from another former Catholic stronghold. Just a few months after Ireland voted to legalize abortion in a landslide pro-choice victory, the Irish people followed up by removing a ban on blasphemy from their constitution by an equally huge margin. As recently as 2010, Ireland was passing new anti-blasphemy laws, so this isn’t just the repeal of a long-forgotten medieval relic but a real sign of progress.

Below the fold, there was a lot of good news around the U.S. at the state and local levels. Voters approved anti-gerrymandering measures in several states, creating independent redistricting commissions that should end the worst abuses. Florida restored voting rights to felons who’ve served their sentences, a relic of the Jim Crow era. Maine Democrats took unified control of the state, a welcome development after eight years of Paul LePage. And in Michigan, Democratic women pulled off a hat trick, winning the races for governor, secretary of state, and attorney general. One of the victors was Dana Nessel, who made this amazing ad:

But perhaps no race better illustrates the changing face of America than a local one in New Hampshire: Safiya Wazir, an American citizen of Afghani descent who first came to the country as a refugee escaping the Taliban, won a seat in the state legislature, after defeating a four-term Democratic incumbent who didn’t take it well:

“It used to be the Heights would support a Heights person,” said Patten, her opponent, a former police dispatcher first elected to the New Hampshire House in 2010. “But the Heights has changed, basically, from what it used to be. We have many immigrants in there now, and she’s from Afghanistan so she was treated like the princess.”

…Patten accused immigrants of taking welfare benefits from longtime residents and questioned how Wazir can be a legislator and a mother.

“She’s got two kids with a third on the way,” Patten said. “How are you going to be in the State House with two kids and one on the way?”

Results like these are forerunners of a future where the old conservative-white-guy-dominated power structure will give way to a younger and more diverse set of faces. Obviously, electing more women, black people, LGBT people, atheists, religious minorities, etc., to office isn’t going to solve every problem America faces. But it will help solve some of the most serious problems we’re confronting right now, especially the upsurge of Christian nationalism and white supremacy, by diluting the power of the worst people in the country.

With their 2016 victory, the forces of bigotry and xenophobia have bought themselves some more time. But their ultimate defeat is demographically inevitable, no matter how they kick and scream.

And on that note, I want to mention an article on Pharyngula I bookmarked a while ago: “Killing god in small town America“.

Germany used to be a fervently Christian society, until people saw for themselves the horrors that ensued when religion was mixed with ultranationalist, fascist government. Today Germany is thoroughly post-Christian. Arguably, a similar cultural transformation in response to religious overreach is taking place in Ireland. It’s possible that the U.S. could be heading down the same road (although, one hopes, we won’t have to live through a Holocaust-level genocide to make it happen):

…the overwhelming support for Trump by conservative Christians will lead, I believe, to the same cultural transformation in America that occurred in Germany. Many (and I even believe a majority of) Americans will eventually say: “Look at Trump and his conservative Christian base. These people support perpetual lying, belittling the disabled, criminalizing immigrants, degrading women and minorities, supporting white supremacists, and so much more. In good conscience, not only must I reject Trump, but I must also reject the conservative version of Christianity of which he is a part.”

In thirty years from now, when people ask the question, “who killed God in America,” the answer will not be “the atheists.” It will be the conservative Christians who supported Trump.

This is something I’ve been thinking as well. In its clutching for power, American Christianity has made short-term gains but sealed its long-term fate. Future generations are going to be more diverse and more secular, and Christianity, especially evangelical Christianity, has made itself synonymous with white supremacy. It’s reason enough for young nonbelievers to take heart, even when the world around us seems like a dark place. 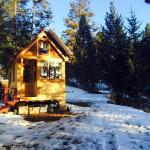