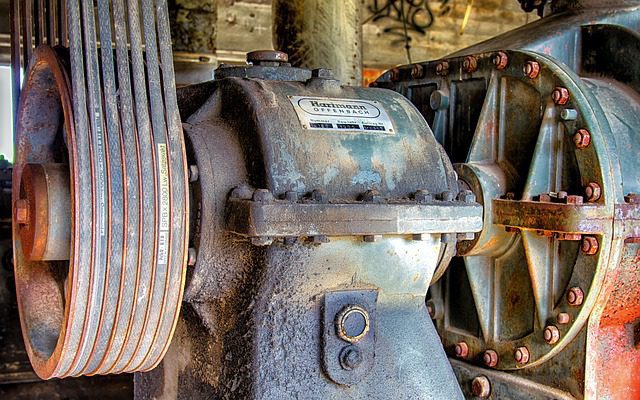 It’s going to be a gloomy Christmas for a lot of Trump supporters, and not just because the Democrats took back the House in the midterms. It’s also because that making-America-great-again stuff isn’t working out for them like they had hoped:

Times are tough all across rural America. Nationwide numbers paint a rosy picture of accelerating growth and near-full employment. Swaths of the countryside tell a different story, its protagonists barely scraping by as their jobs drain away in the downturns and don’t come back in the booms.

The economic divide maps onto a political one, which only deepened in this month’s midterm elections. President Donald Trump claims credit for a vibrant economy. Yet it’s in the least-vibrant rural areas that his Republicans picked up support – the same trend that helped Trump get elected two years ago. Cities and suburbs, where the recovery is palpable, swung toward the Democrats.

Instead of embracing the coming economic future, as most blue states and cities have done, the rural regions that voted for Trump and the Republicans have clung harder to a distorted vision of the past. Many held the delusion that they can bring back the old economic order based on coal mining and coal power plants (which continue to shut down, gutting of the EPA notwithstanding). They metaphorically sat down, folded their arms and waited for this to happen, rather than making any effort to grow or evolve, and they’re reaping the consequences of that collective choice.

Hardcore Trump-supporting regions – like Kentucky’s Clay County, which voted 87% for him – are poor, depressed and desperately dependent on the federal government they loathe. Hunger is widespread, 40% of the population gets food stamps, and civic leaders are clamoring for federal dollars to support everything from housing to ambulances to wireless internet.

Instead, the Trump administration is planning to slash their food stamps:

But the Trump administration plans to cut USDA funding by 16 percent in fiscal 2019, and revamp the food stamps it distributes.

In Clay County, that’s Karrie Gay’s job, as supervisor of family support and social services. She sees some 40 clients a day, many complaining about frozen benefits. Her office is already down two people, and will only replace one because of a state hiring freeze.

Cuts to food stamps would be “catastrophic,” says Gay. “We have a lot of clients who have no income. That’s their only source of food.”

It’s not just food stamps, but a wide variety of federal programs that help the rural poor that Trump has cut or proposed to cut: rental assistance, heating aid, affordable housing construction, Meals on Wheels, Medicaid funding for addiction treatment.

And, of course, the biggest one: Obamacare, which has been a literal life-saver to millions of rural poor whites. It’s also brought healthcare jobs to depressed regions that sorely needed them. Yet the people who’ve benefited most from the ACA jumped at their first chance to elect politicians who promised to destroy it. Even pure self-preservation wasn’t enough to sway their vote, let alone higher concerns about creating a more equitable or compassionate society. As I’ve said many times, you get what you vote for.

Meanwhile, Trump’s tariffs (remember, trade wars are easy to win!) are doing immense harm to the rural farmers who were his biggest supporters. In retaliation, China has shut down U.S. soybean imports, devastating the farmers who were growing them:

In Louisiana, up to 15 percent of the oilseed crop is being plowed under or is too damaged to market, according to data analyzed by Louisiana State University staff. Crops are going to waste in parts of Mississippi and Arkansas. Grain piles, dusted by snow, sit on the ground in North and South Dakota. And in Illinois and Indiana, some farmers are struggling to protect silo bags stuffed with crops from animals.

Mexico, the number-one buyer of U.S. corn, is also dumping American imports and turning to Brazil and Argentina. Some Mexican officials say they’ve lost confidence in the U.S. as a reliable supplier, and farmers fret that this could cost them long-term market share.

As PZ puts it: “at least those farmers get to go back to the farmhouse at night and console themselves with how much they hate the gays and abortion, after doing such a good job of demolishing the economic foundation of their beloved homestead and conservative culture. Then they wonder why they can’t keep their kids on the farm and why they flee for the degenerate life of the city.”

As for American manufacturing, that’s not doing so hot either. The car companies are preparing for massive layoffs, and again, it’s because of tariffs:

Ford is having a bad year in 2018. Its stock is down 29%, and the tariffs imposed by President Trump have reportedly cost the company $1 billion, as the company is in the midst of a reorganization. Now, the company is announcing layoffs.

Jim Hackett, Ford’s CEO, is working to engineer a $25.5 billion restructuring of the automaker, hoping to cut costs and remain competitive, the Wall Street Journal reports. But auto sales are down, and one reason is the trade tariffs that Trump has imposed on metals and other goods.

General Motors is also planning 14,000 job cuts and a plant closure in red Ohio. As with Ford, it’s partly because of tariffs.

Clearly bitter about this, Trump made impotent threats to take away GM’s federal subsidies, a hilarious threat considering that GM doesn’t get federal subsidies. (There’s a tax credit for electric cars, but it goes to the buyer, not the manufacturer, and GM will hit a sales cap that phases it out by the end of the year in any case.)

Earlier in the year, Ed Brayton posted about a Trump-supporting CEO whose business is being devastated by metal tariffs. She’s aghast that he’s doing exactly what he said he would do all along.

It’s not that the U.S. as a whole is economically depressed. Our GDP continues to grow, unemployment is below 4%, but the fruits of the economic recovery are unevenly distributed. They’re mostly flowing to the cities, which continue to benefit from job gains and salary growth – not that we should be surprised by this.

It’s been true for a long time that the anti-government red states are takers that depend on social safety-net programs, whereas the pro-government blue states are engines of economic productivity and tax revenue. Republican policies exacerbate inequality by design, so it’s to be expected that, on average, they hurt their own supporters and help the people who most consistently vote against them.

From a perspective of self-interest, it’s incredible how many poor, rural, white Americans rally behind politicians who kick them in the teeth. Supporting the GOP has never brought them anything but deepening pain and misery, but the worse life gets for them, the more they double down on their devotion. Their adulation of Donald Trump, who basically built his empire on fleecing and cheating people just like them, is the supreme example. 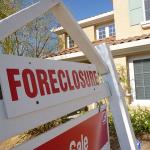