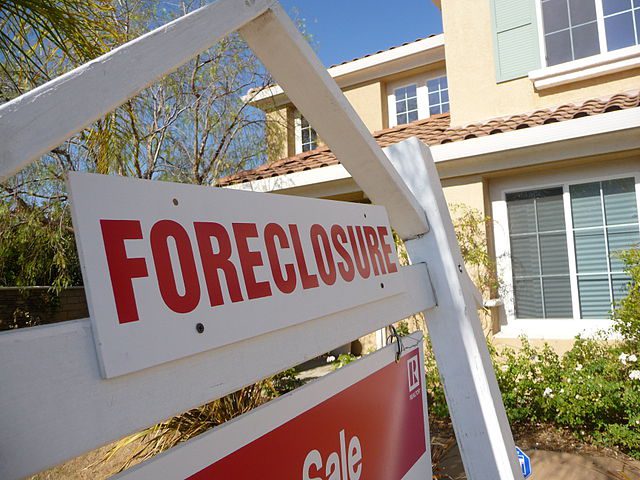 As Howard Roark oversees the erection of Gail Wynand’s house, the bromance between them is growing deeper and more passionate. Wynand comes often to the construction site, just so he can ogle Roark while he’s working:

He stood outside and watched the way Roark walked through the structure, the way he turned his head or raised his hand, pointing. He noticed Roark’s manner of stopping: his legs apart, his arms straight at his sides, his head lifted; an instinctive pose of confidence, of energy held under effortless control a moment that gave to his body the structural cleanliness of his own building. Structure, thought Wynand, is a solved problem of tension, of balance, of security in counterthrusts.

Wynand is coming to dislike reading the Banner, whose sentences he compares to “used chewing gum, chewed and rechewed, spat out and picked up again, passing from mouth to mouth to pavement to shoe sole to mouth to brain”. There’s little he can do about it, since the Banner became popular by appealing to the lowest common denominator and it’s too late to change that now, but there’s one thing he can and does do: he summons Ellsworth Toohey to his office and tells him he’s not permitted to mention Roark’s name in his column ever again. Toohey grudgingly agrees.

Whenever his disgust becomes especially hard to bear, Wynand calls up Roark and asks him out on a dinner date:

At the end of a day, he would come, unannounced, to Roark’s office or to his home. Roark had an apartment in the Enright House, one of the crystal-shaped units over the East River: a workroom, a library, a bedroom. He had designed the furniture himself… In financial value it was the most modest home that Wynand had entered as a guest in twenty-five years.

“We started in the same way, Howard,” he said, glancing about Roark’s room. “According to my judgment and experience, you should have remained in the gutter. But you haven’t. I like this room. I like to sit here.”

“Howard, have you ever held power over a single human being?”

“No. And I wouldn’t take it if it were offered to me.”

This is supposed to be Gail Wynand’s critical moral error. In every other respect, he’s a perfect Randian. But his aim in life, the reason for building his entire media empire, is to gain power over others and force them to do his bidding, whereas Howard Roark only wants to do his own work in his own way and genuinely couldn’t care less what others think. It’s this flaw that will lead to Wynand’s downfall.

The odd thing about this is that the kind of power Wynand seeks and Roark disdains is the kind of power that Ayn Rand considers entirely valid in Atlas Shrugged: the power to control your own property and do with it as you see fit. When Wynand hires and fires people, or when he tells his employees what they can and can’t write about, or even when he threatens to blacklist people who won’t work for him, all he’s really doing using his business influence to advance his own interests. Isn’t that covered under freedom of association – the right to choose not to do business with someone – which Rand considers essential to a capitalist society?

However, even though Wynand isn’t doing anything that he’s not “allowed” to do according to Objectivism, karma in Randworld is context-sensitive. It will punish you if you do the wrong thing, but also if you do the right thing for the wrong reasons. (Why is it wrong for Gail Wynand to seek power over others, but it’s OK for Hank Rearden to bribe judges and legislators to ensure he gets a divorce settlement that leaves his ex-wife homeless and penniless? Don’t ask.)

On the topic of power over others, here’s something that never comes up in The Fountainhead: the legal principle of eminent domain. You’d think this would be a weapon that the socialists would at least try to use to seize and destroy Howard Roark’s beautiful buildings, showing their villainous disregard for property rights and liberty. But as in other cases, Rand skips over any actually realistic obstacles her hero might face.

It was always part of the Constitution that the state can take private property for “public use” if the owners are compensated fairly. But it became a red-hot controversy in 2005 after the infamous Kelo v. New London decision. In a case from Connecticut, the Supreme Court held 5-4 that confiscating property to transfer it from one private party to another – in this case, from homeowners to a commercial developer – was a permissible public use if it resulted in more tax revenue.

This case is one of the rare occasions where I sympathize with the dissenting conservative justices, who pointed out – correctly, in my opinion – that this power is far more likely to be used against disempowered poor and minority communities, hardly ever against rich, privileged property owners. (That said, conservatives and libertarians seem mostly OK with oil companies invoking eminent domain to seize private property for pipelines – and given that our farce of a president is a big fan of eminent domain, having once attempted to use it to kick a widow out of her home to build a parking lot, we can safely say that the GOP has abandoned whatever principled objections to it they once had.)

The Kelo case provoked a nationwide backlash, with 42 states (!) passing laws that set limits on the taking of private property. In a black irony, the whole court fight ended up being for nothing: Pfizer, the intended beneficiary, abruptly left town when some of its tax breaks expired, and the whole project fell through when the developer couldn’t get funding. As of 2018, the property that the state of Connecticut went to so much trouble to seize was a weedy, vacant lot.

Eminent domain has sparked protests all over the world. In China, where new construction is going up at a blistering pace and there’s virtually no protection for individual rights, holdout property owners have gone to extreme lengths to protect their homes from greedy developers. The results are described with the memorable term “nail houses“: tiny, half-ruined old buildings standing defiantly in the middle of soaring new construction. I just have to quote this story about one of them:

Developers cut their power and water, and excavated a 10-meter deep pit around their home. The owners broke into the construction site, reoccupied it, and flew a Chinese flag on top. Yang Wu, a local martial arts champion, used nunchakus to make a staircase to their house, and threatened to beat any authorities who attempted to evict him.

With all that said, I don’t think eminent domain is always illegitimate. It’s a power that’s easily abused, so there should be strong safeguards, but there are times when it’s an essential tool in the state’s arsenal. One of those uses is fixing up neighborhoods that are truly blighted: seizing condemned, neglected, decaying buildings and demolishing them so they can be rebuilt as functional communities. If not knocked down, these buildings become havens for squatters, looters and criminals, speeding the disintegration of once-prosperous towns.

And there’s another clever tactic I have to applaud: in the aftermath of the 2009 financial crisis, at least two towns proposed using eminent domain to seize homes occupied by buyers saddled with predatory mortgages, then sell or rent those homes back to their occupants on more favorable terms, saving them from foreclosure.

As best as I can determine, none of those plans went through in the face of furious opposition from banks, but it’s an idea worth revisiting. The Randian concept of property as an inviolable right serves to entrench ancient thefts and ongoing inequality. If used properly, for the cause of justice rather than money, eminent domain could be a powerful weapon to protect ordinary people against predatory lenders and abusive landlords. 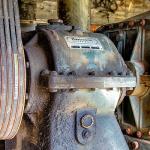