Atlas Shrugged had a scene where all the villains gather to gloat about how evil they are, and so does The Fountainhead. In this chapter, the occasion is a salon at the house of Mitchell Layton, the uber-wealthy socialist, and his wife Eve. All the socialists in attendance are saying stuff like this:

How cruel! How loathsome! Wanting to have people shot just because they disagree with your beliefs is a mark of sheerest evil. Fortunately, Rand’s heroes would never do anything like that.

Everyone at the Laytons’ party is talking about why freedom is passé and state planning is the wave of the future. Ellsworth Toohey has the floor:

“The basic trouble with the modern world,” said Ellsworth Toohey, “is the intellectual fallacy that freedom and compulsion are opposites. To solve the gigantic problems crushing the world today, we must clarify our mental confusion. We must acquire a philosophical perspective. In essence, freedom and compulsion are one. Let me give you a simple illustration. Traffic lights restrain your freedom to cross a street whenever you wish. But this restraint gives you the freedom from being run over by a truck. If you were assigned to a job and prohibited from leaving it, it would restrain the freedom of your career. But it would give you freedom from the fear of unemployment. Whenever a new compulsion is imposed upon us, we automatically gain a new freedom. The two are inseparable. Only by accepting total compulsion can we achieve total freedom.”

It’s interesting to ask how much of this Ayn Rand agrees with. Since she put this speech in her chief villain’s mouth, the standard assumption would be that she disagrees with all of it. But that would lead to results that seem absurd, even for her. Obviously, Rand was against making it illegal to quit your job, but was she also against traffic lights? Should the free market decide who has the right of way at an intersection?

After this scene, The Fountainhead comes around to the theme that will dominate the rest of the book, which is housing. So let’s talk about housing. It’s a good example of why it’s wrong to say that “more freedom” is a simple, monotonic measure. When we talk about freedom, we have to talk about whose freedom – and why compulsion, correctly applied, can create more freedom for more people than would otherwise exist.

Many U.S. cities, but the San Francisco Bay Area especially, are infamous for stratospheric housing costs. This results in a cascade of other problems: a homelessness crisis that’s so bad the U.N. calls it a human rights violation; cities that can’t hire enough teachers and businesses that can’t afford workers like waiters, janitors, even electricians and plumbers; and soul-crushing commutes, with all the problems of traffic and pollution those bring. I wrote previously about how housing prices in Palo Alto have gotten so absurd, even members of the city planning commission can’t afford to live there anymore.

But why is it so expensive? It’s not just that Silicon Valley tech companies pay exorbitant salaries, who can afford to pay more and push up housing costs for everyone else. That’s the demand part of the equation, but the other part is supply: there’s not nearly enough housing in the Bay Area for all the people who want to live there.

You can see the difference between the two cities from the air. Barcelona hews to a city plan of districts like Eixample, made up of high-density apartment blocks laid out on a grid, which makes neighborhoods walkable and mass transit efficient. Meanwhile, San Francisco is mostly single-family houses: historic, quaint, charming, and hugely inefficient uses of space. 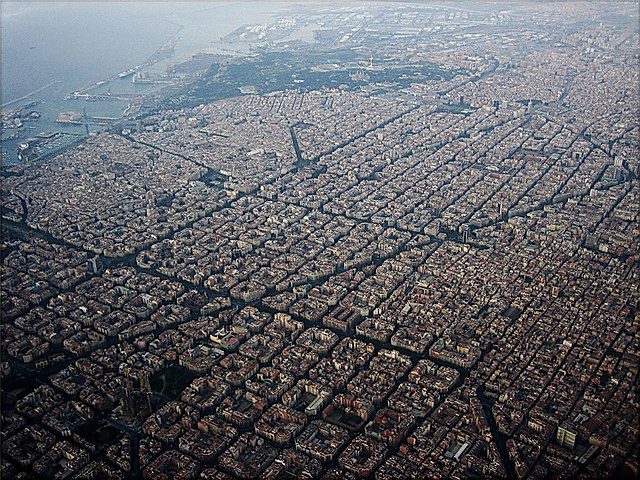 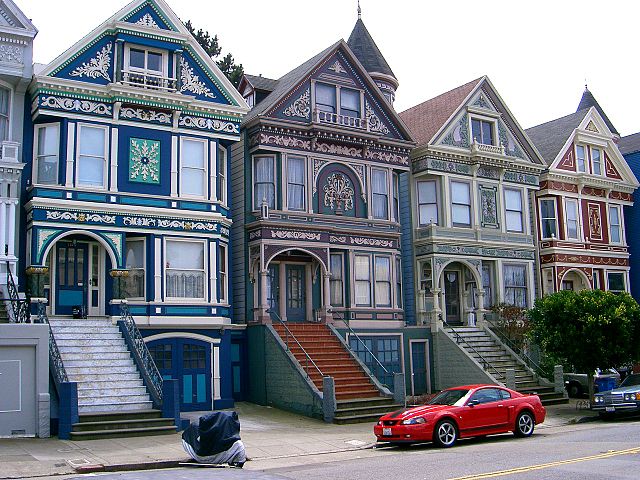 An article on Vox adds:

There is plenty of room for more population density in California without the entire state turning into a valley of skyscrapers — San Francisco is less dense than Queens is in New York City, while Los Angeles is about as dense as Staten Island (and considerably less dense than Providence, Rhode Island).

If the Bay Area is going to absorb all the people who want to live there, it needs to be more like Barcelona. But the region also has a major problem with NIMBYs – short for “Not In My Backyard” – people who exhibit knee-jerk opposition to new development. Sometimes it’s over polluting power plants, noisy airports, or other things most people wouldn’t want in their neighborhoods; sometimes it’s over homeless shelters or affordable housing, out of fear of the poor; and sometimes it’s just opposition to any kind of new housing, period. At the extremes, NIMBY shades into the more rigid mindset of BANANA – “Build Absolutely Nothing Anywhere Near Anything”.

As a famous article, “The San Francisco Exodus“, puts it:

San Francisco was down-zoned (that is, the density of housing or permitted expansion of construction was reduced) to protect the “character” that people loved. It created the most byzantine planning process of any major city in the country. Many outspoken citizens did — and continue to do — everything possible to fight new high-density development or, as they saw it, protecting the city from undesirable change.

To be clear, this isn’t just a problem for California. It’s bad for everyone when people can’t live where they want. The best way to increase overall economic health and national prosperity is to make sure it’s possible for people to move to places where they make more money, whether you’re a fast-food cook moving from Atlanta to San Francisco because of its higher wages, or a leatherworker in Dharavi learning a trade. All different kinds of industries benefit from access to a deeper pool of skilled workers and available capital. And workers benefit as well, since more companies competing to hire them means higher wages.

The Randian argument would say that the way to solve this problem is to lift all zoning regulations, height restrictions and other laws that make it hard to build new housing. But that’s wrong, because without zoning, you often get not density but sprawl: spread-out, inefficient neighborhoods. Barcelona looks the way it does because of rigorous urban planning.

When each neighborhood has free rein to make these kinds of decisions for itself, you often end up with “drawbridge” thinking where existing residents make it as difficult as possible for new people to move in. As the FWB blog points out, Bay Area counties were allowed to opt out of the BART transit network when it was being designed (freedom!), but that too has hampered adequate density.

This is why, when we talk about freedom, we have to ask whose freedom it is. Is it the freedom of existing residents to live in spacious houses, to preserve their peace and quiet and keep their own property values high? Or is it the freedom of new arrivals to find affordable housing so they can live and work where they want? These two sets of preferences are directly opposed, and there has to be a tradeoff between them.

As far as Ayn Rand was concerned, this is an inconceivable situation. The idea that increasing the freedom of some people might mean decreasing the freedom of others was something she always refused to consider, which is why she put a speech to that effect into the mouth of her greatest villain. But that doesn’t make it untrue. 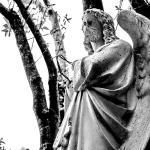