The Twilight of American Evangelicals 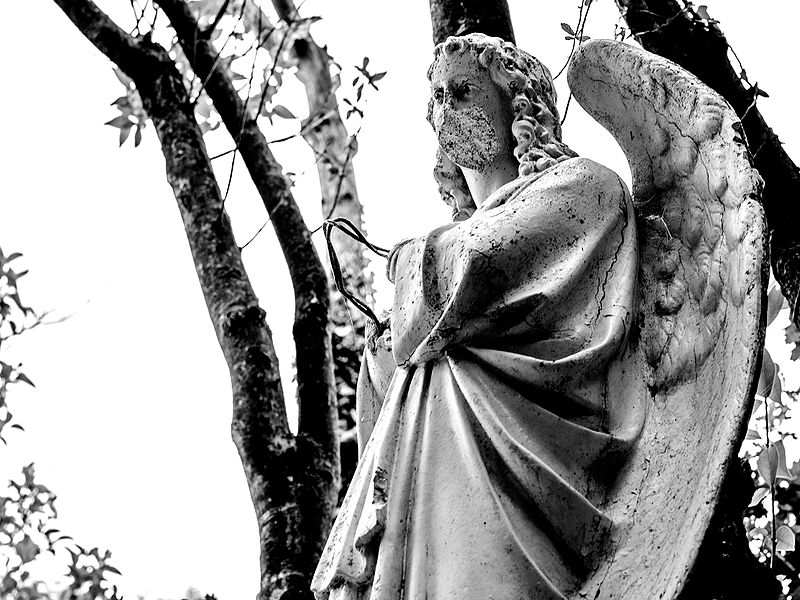 The current political dominance of the religious right hasn’t diminished their anxiety or their rage, and the evidence suggests that they’re right to be worried. An excellent article in Newsweek concerns the past and future of American white evangelicals. Even as they bask in their short-term victories, the future is slipping away from them – and it’s happening more rapidly than they think:

Since the 1970s, white evangelicals have formed the backbone of the Republican base. But as younger members reject the vitriolic partisanship of the Trump era and leave the church, that base is getting smaller and older. The numbers are stark: Twenty years ago, just 46 percent of white evangelical Protestants were older than 50; now, 62 percent are above 50. The median age of white evangelicals is 55. Only 10 percent of Americans under 30 identify as white evangelicals. The exodus of youth is so swift that demographers now predict that evangelicals will likely cease being a major political force in presidential elections by 2024.

Republicans have relied on the wedge issues of white supremacy, immigrant-bashing and anti-LGBTQ rights for the past few decades, and it’s been a winning strategy for them. They got the base fired up and sent them to the polls in election after election.

But while they’ve won those political battles, liberals have triumphed in the culture war. The younger generations recognize these issues for the rank bigotry and cruelty they are and are rejecting them in huge numbers. And since evangelicals have emphasized that Christian faith and Republican policy priorities are joined at the hip, and that to disbelieve one is to disbelieve the other, young Americans are acting accordingly.

This sea change would have happened with or without Donald Trump, but he’s accelerated the transformation. With all his blundering, gleeful cruelty, he’s ripped off the mask and made it undeniable what white evangelical Christians stand for. I can’t put it any better than this:

In 2016, they were a key group for Trump; the thrice-married, foul-mouthed mogul with a history of sexual assault allegations won more than 80 percent of the evangelical vote — besting even George W. Bush, a born-again Christian who spoke openly about his faith.

One more thing I especially like about the Newsweek article is that it correctly identifies racial segregation – not gay rights or abortion – as the original issue which motivated the religious right to organize. This is an indisputable historical fact which they’ve tried hard to obscure. Too many media organizations uncritically repeat white Christians’ own mythology about themselves, but this one doesn’t:

The association of the religious right and the Republican Party has its roots in the 1954 Supreme Court ruling Brown vs. the Board of Education of Topeka, after which white Southerners began to flee public schools following forced desegregation. They opened so-called segregation academies: religious schools that were tax-exempt. When the IRS came after evangelical colleges like Bob Jones University, which officially prohibited interracial dating, the schools were faced with losing their tax-exempt status.

That would have meant financial doom. But a Republican activist named Paul Weyrich — with patronage from Western segregationist beer billionaire Joseph Coors — forged alliances with Southern religious leaders like Jerry Falwell and successfully lobbied to soften IRS enforcement. The Moral Majority was born, and, in 1980, it announced itself as a political force by helping put Ronald Reagan in the White House.

In a grand irony, American evangelicals made a deal with the devil. Instead of trying to persuade people to convert to their beliefs voluntarily – a slow, difficult, uncertain route at best – they grasped for political power, trying to impose their beliefs on others by force. And for a while, it seemed to work. But now they’re reaping what they sowed.

The change has happened in my lifetime. Bill Clinton’s 1992 campaign was the first presidential election I remember. Although he pulled off a victory, he had to deal with a majority-white, majority-Christian, majority-conservative electorate, which constrained what a Democratic president could do and forced him to make policies that were more conservative than many progressives, including me, would have liked. (Remember DOMA?)

But that won’t be the pattern of the future. As I’ve written before, white Christian America is fading and aging – not just the liberal Protestant mainline, but also the fundamentalist-evangelical right. Very soon, they’re going to slam into a demographic brick wall:

Researcher Robert Jones, author of The End of White Christian America, has tracked what he calls a “stair-steps downward trajectory of white Christian presence in the electorate.” In 1992, when Bill Clinton was elected, 73 percent of the electorate was white and Christian. By 2012, that number was 53 percent. “If current trends hold steady, 2024 will be a watershed year — the first American election in which white Christian voters do not constitute a majority of voters,” Jones, who heads the Public Religion Research Institute (PRRI), tells Newsweek.

…According to Jones, white evangelicals constituted 21 percent of the U.S. population when Obama was elected in 2008. Eight years later, in 2016, that number dropped to 17 percent. Today, they make up 15 percent of Americans.

The factor that’s masked evangelicals’ decline until now is that they’re well-organized and vote consistently, while nonbelievers aren’t and don’t. Evangelicals are also used to hierarchy and are good at taking marching orders, whereas liberals have a tendency to squabble amongst themselves, or to take their ball and go home if they don’t get the candidate they prefer. All these factors contributed to the devastating 2016 election loss.

But the younger generations are slipping through their fingers like sand. As soon as 2024 – just six years! – they’ll be a minority of the electorate. Granted, that’s a long time to those of us who have to suffer the consequences of their policies; but on the scale of a nation, it’s incredibly fast. Much like Ireland, the U.S. is having its own demographic earthquake as people flee from organized religion.

As America grows more diverse and less religious, white evangelicals are stuck in a nasty double bind. The only way to compensate for their shrinking numbers is to pump up the fear, bigotry and white supremacy, trying to squeeze a few more percentage points of turnout from their base and buy themselves a little more time. But the more they do that, the more they alienate the one demographic that might have saved them:

But running on “fear and threat,” while appealing to the older, white base, could have repercussions that might cost them at the polls if they alienate the one demographic with which they might find common ground — Hispanics. Some denominations at the heart of evangelicalism are seeing growth among Latinos while other demographic groups are leaving.

Hispanics’ numbers are growing fast, and many of them are religious and conservative. But if anything could cleave them away from the GOP, it’s a president who demonizes them as rapists and murderers while evangelical churches applaud loudly from the sidelines.

The best part is that even those evangelicals who see the trend have no idea what to do about it, other than crossing their fingers and hoping young people just decide to return to the fold of their own accord:

Ed Stetzer, a political scientist and pastor based at Wheaton College, knows all about the predictions of researchers like Jones, and he is aware of the views of young people. But he sees evangelical youth attrition as a kind of demographic sowing of wild oats, in which the young are predictably disaffected — but only temporarily. He is sure they will return to the fold when they are a little older. His name for the phenomenon is “generational cohort replacement.”

It’s clear that this is nothing but wishful thinking, especially given the evidence that millennials are getting less religious as they get older.

White evangelicals have tied their future to the political fortunes of the GOP too tightly to extricate themselves now. As society changes, they’re on a greased slide to demographic oblivion together. Despite the damage they’ve done and are still doing to America and the world, this gives atheists a reason to hope for the future. 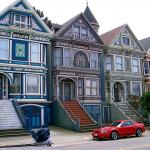 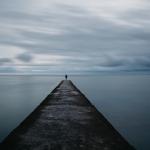 December 19, 2018 Existentialism: A Philosophy for Secular Humanists
Recent Comments
0 | Leave a Comment
"they avowed their certainty that Jesus would bring her back to life:Despite this not being ..."
Bob Seidensticker The Strange Sad Story of Olive ..."
"...currently every single link in the "Trending at Patheos Nonreligious" is to a "I'm moving ..."
OverlappingMagisteria Announcing: OnlySky
"I've already signed up on Jonathan Pearce's site. Looking forward to the new digs."
ORAXX Announcing: OnlySky
"Interesting. Although if Andrew Hall is coming along, I hope the new site will make ..."
bificommander Announcing: OnlySky
Browse Our Archives
get the latest updates from
Daylight Atheism
and the Patheos
Nonreligious
Channel
POPULAR AT PATHEOS Nonreligious
1