The Ultimate Form of Human Idiocy

The Ultimate Form of Human Idiocy February 4, 2019 James A. Haught

What’s the ultimate form of human idiocy? I nominate religious suicide bombings in which fanatics kill themselves to murder “infidels” of rival faiths or no faith.

What type of insanity makes some fervent believers think they’re serving God by slaughtering defenseless strangers who did them no harm? Are these killers totally devoid of human compassion? Can they look at surrounding people and families with no reaction except a desire to murder them? Do they really think that God wants massacres, and will reward them with virgins in paradise after they sacrifice their own lives?

Most idiotic of all, the holy warriors kill people for a god and paradise that are just imaginary, and don’t exist.

It’s lunacy – yet it’s a daily reality of modern times, perhaps the single worst source of bloodshed since the Cold War ended. It’s so absurd that it couldn’t possibly happen – but it happens almost every day.

On Jan. 27, two explosions at a Catholic cathedral in the southern Philippines killed 27 worshipers at Sunday mass and wounded more than 100 others. The Islamic State terror group claimed credit, saying “two knights of martyrdom” gave their lives to attack a “crusader temple.” President Rodrigo Duterte announced that the attack was committed by husband-and-wife suicide volunteers. The wife, disguised by wearing a large cross, detonated her concealed explosive vest among worshiping Catholics, then the husband triggered a second blast outside the cathedral door as survivors fled, he said.

Actually, the Philippine attack was smallish, compared to many that occur. The worst, of course, was the historic atrocity of Sept. 11, 2001, when 19 al-Qaida suicide volunteers hijacked airliners and crashed them into U.S. landmarks, killing 3,000 Americans. It was the most horrifying day in the memory of most U.S. residents.

The 9/11 holy killers left behind a testament they had shared among themselves, saying they were doing it for God: “Know that the gardens of paradise are waiting for you in all their beauty,” they assured each other, “and the women of paradise are waiting, calling out, ‘Come hither, friend of God.’ They have dressed in their most beautiful clothing.”

It’s sickening to realize that 3,000 unsuspecting Americans died because of this adolescent male fantasy.

A few years ago, researchers counted 17,000 Muslim terror attacks of all types since the 9/11 horror, with a total body count beyond 60,000 victims. The phenomenon averaged five murder missions per day, so many that news media ignore smaller assaults.

The Islamic “cult of death” has diminished to about one suicide attack per day now. The Institute for National Security Studies at Tel Aviv gives these figures: 452 massacres in 2015 – 469 in 2016 – 348 in 2017 – 293 in 2018. Last year, 2,845 victims were killed and 5,160 wounded. Many attacks involve two or more “martyrs.” Surprisingly, the number of women suicide volunteers has grown until they now constitute about one-fifth of the killers.

For years, I wished that the available supply of death-seekers would kill themselves off and the phenomenon would cease. But there seems to be an endless parade of new zealots eager to become “martyrs.”

Pundit Anthony Lewis wrote: “There is no way to reason with people who think they will go directly to heaven if they kill Americans.” Columnist William Safire said the volunteers do it because their “normal survival instinct is replaced with a pseudo-religious fantasy of a killer’s self-martyrdom leading to an eternity in paradise surrounded by adoring virgins.” Columnist David Brooks wrote that the bizarre phenomenon is “about massacring people while in a state of spiritual loftiness.”

Nobel Prize-winning physicist Steven Weinberg once summed up: “For good people to do evil things, it takes religion.” 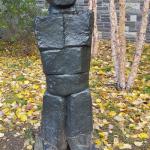 February 1, 2019
The Fountainhead: The Ayn Rand Theory of Everything
Next Post 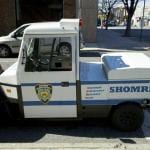 February 6, 2019 The Problem of the Shomrim
Recent Comments
0 | Leave a Comment
Browse Our Archives
get the latest from
Daylight Atheism
Sign up for our newsletter
POPULAR AT PATHEOS Nonreligious
1