The Unitarian Universalist church I attend has a daycare room for young children during services. I was looking through the old books there when I noticed this one: 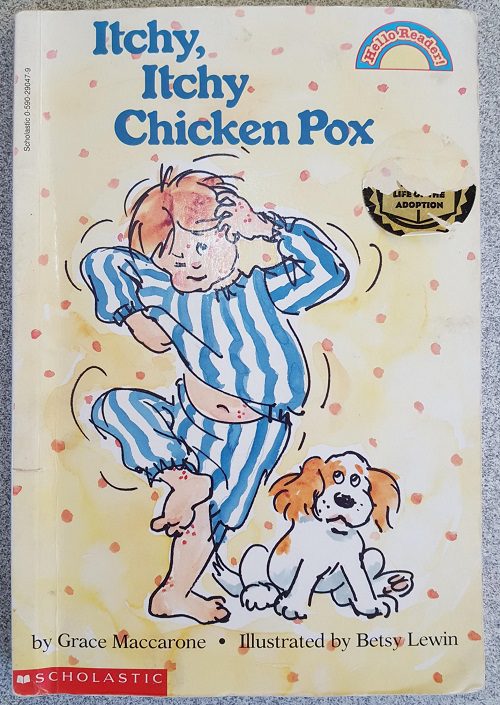 This is like a relic from another age. It was written for kids, to explain to them what chickenpox is, what the disease will do to them and how it will make them feel, during the era when having it was a rite of passage. But now that we have a vaccine, that knowledge is irrelevant. Kids in my son’s generation won’t have to suffer through chickenpox anymore. Or at least, they shouldn’t have to.

Although we have safe and effective vaccines against more diseases than ever, millions of people are choosing to go vulnerable, exposing themselves, their children and strangers to needless suffering and death, because of irrational fears spread by peddlers of pseudoscience. The latest vaccine-preventable epidemic – an outbreak of measles in New York State – is a case in point. As is often the case, it’s tied to religion; the virus is finding fertile ground in ultra-Orthodox Jewish communities where scientific education is near non-existent and uninformed paranoia runs rampant.

If there’s a bright spot, it’s that vaccine phobia seems to be more of a phenomenon among older generations. Even though they have no personal experience of these dread diseases, kids these days are more informed and more scientifically literate, and they’re often rejecting the superstitions of their parents. Take Ethan Lindenberger, an Ohio 18-year-old who decided to get vaccinated against the wishes of his mother:

For her part, Lindenberger’s mother says her son’s decision to seek out vaccinations for himself felt like an insult. “I did not immunize him because I felt it was the best way to protect him and keep him safe,” Wheeler said of her son, calling his decision “a slap in the face.”

“It was like him spitting on me,” she continued, “saying ‘You don’t know anything, I don’t trust you with anything. You don’t know what you’re talking about. You did make a bad decision and I’m gonna go fix it.'”

Ethan Lindenberger’s isn’t the only case like this. Teenagers all over are turning to Reddit and other social media to ask for help on how to get their shots when their parents are die-hard anti-vaxers.

That’s why I was happy to read about a sensible bill proposed in New York State that would allow minors to get vaccinated without parental consent. The American Academy of Pediatrics has already come out in support:

“Young people are often more conscious about the misinformation on the internet and can in many cases disagree with parents who have bought into unfounded and dangerous anti-immunization diatribes and pseudoscience,” said a memo from the organization in support of the bill. “These young people have a right to protect themselves.”

I sent the following letter to my state senator and state representative to urge them to support the bill:

As a New York resident and a Democrat, I’m writing to ask you to support Senate Bill S4244 / Assembly Bill A6564, which would allow mature minors to get vaccinations without consent from their parents.

Vaccines are the simplest and most effective medical treatment humanity has invented, an antidote to deadly diseases which used to kill tens of thousands of people each year. It’s a tragic irony that anti-scientific beliefs are causing people to refuse them for no good reason. Predictably, as soon as there are enough susceptible people, these nearly-defeated epidemics are springing back. This endangers all of us, but it’s a particular risk to children who are too young to have gotten all their shots yet.

I’ve read several heartening stories about bright, scientifically literate young people who’ve weighed the evidence and are seeking out vaccines for their own safety, against the wishes of their parents. These kids deserve to have their autonomy respected. I stand with the American Academy of Pediatrics in calling on you to support this bill. With your help, we can come one step closer to making vaccination universal and eradicating these diseases once and for all. 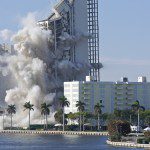 March 29, 2019 The Fountainhead: The Big Kaboom
Recent Comments
0 | Leave a Comment
Browse Our Archives
get the latest from
Daylight Atheism
Sign up for our newsletter
POPULAR AT PATHEOS Nonreligious
1