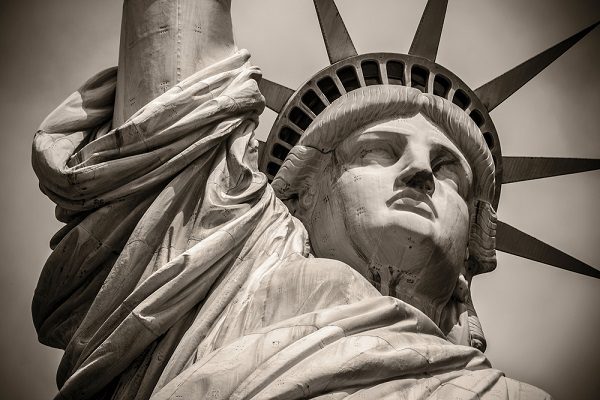 At its best, America has been a promise and a haven for immigrants from all over the world. We’ve been a beacon of hope for millions of people who shared the dream of making a better life for themselves.

But side by side with that liberal spirit, like a serpent coiled at the base of a tree, this country has always nurtured an undercurrent of racism and hate. There have always been those who wanted to slam the borders shut, tear down the Statue of Liberty, and turn this country into an apartheid enclave. The Republican party and our current president have committed themselves to that ethnic supremacist’s dream.

Trump has been ludicrously claiming that the country is “full” – as if a nation could be like a hotel with no vacancies – and he’s been purging homeland-security officials who haven’t been sufficiently enthusiastic about breaking the law to keep immigrants, refugees and asylum-seekers out. It’s gotten so bad that even those who’ve gone along with his wave of cruelty until now are drawing a line, like the just-fired homeland security secretary:

It’s hard to think of a more unlikely human rights hero than Kirstjen Nielsen, the outgoing secretary of homeland security. But if CNN’s reporting is accurate, Nielsen actually did sacrifice her job for the legal rights of asylum seekers when President Donald Trump instructed her to deny entry to immigrants who are protected by international refugee law.

…Trump reportedly was telling Nielsen to violate the law that says asylum seekers have to be allowed into the country and can’t be sent back into danger. That federal law embodies a core treaty commitment of the U.S. It’s the central principle of refugee law, known by the French name “non-refoulement,” meaning roughly “non-return.”

And Trump was reportedly proposing that Homeland Security directly violate the court orders blocking family separation. That would be contempt of court, as well as a direct challenge to the authority of the judiciary to say what the law is.

But it gets worse than that, as we’ve also found out that Trump wants to retaliate against Democrats by shipping detained immigrants to sanctuary cities that won’t support his racist proposals.

To be sure, this is an empty threat. The blue cities and districts that declared themselves sanctuaries did so because they support immigration. Far from being afraid of immigrants, they’d welcome them with open arms. Even the xenophobic red counties that are Trump’s biggest supporters, most of which are rural, are dying, fading, emptying out. They badly need fresh blood, whether they admit it or not.

Practical consequences aside, what it shows is the Trump mindset: the idea that immigrants are a punishment, and moreover, a punishment that can be inflicted selectively on places that don’t fall in line with the president’s will. Imagine if a Democratic president said that all felons convicted of violent gun crimes would be paroled and dumped in red states with lax gun laws.

The Republican immigration policy is notable not just for its flagrant, hateful racism, but for its utter contempt for the law. It’s a plan so egregious that Trump’s own lawyers told him it was in no way constitutional. Reportedly, Trump also told the Customs and Border Protection commissioner to break the law by blocking asylum seekers from entering the country, promising to pardon him if he were arrested for it. [Note: Links in this paragraph have autoplay video.]

This debacle also showcases a third theme of the Trump administration, which is its disastrous, self-defeating stupidity. If you don’t want people crossing the border, the way to do that isn’t by building higher walls, because no wall will stop a sufficiently determined person. When people’s families are hungry or their lives are threatened, they’ll come no matter what awaits them. They’ll find a way around any obstacle put in their path.

The way to stop this kind of immigration is by doing what we can to calm the turbulence that makes people want to emigrate in the first place. We should be doing our utmost to foster peace and stability in Latin America. Instead, we’re doing the opposite:

…Trump’s repeated threats to close the border and separate families may actually be spurring the very migration he opposes, by convincing potential migrants that it is now or never.

Trump’s decision to cut some $700 million in aid to Honduras, Guatemala and El Salvador, as punishment for their inability or unwillingness to prevent their citizens from leaving, is also likely to increase rather than reduce migrant flows. Five retired commanders of U.S. Southern Command recently wrote, “Improving conditions in Honduras, Guatemala and El Salvador is a critical way to address the root causes of migration … cutting aid to the region will only increase the drivers and will be even more costly to deal with on our border.”

Last but not least, beyond the human cost, we ought to consider that Trump’s belligerent blundering is doing irreparable damage to our reputation. If you want to make America a pariah among the nations, there’s no better way to do it. And the world is paying attention:

His presidency has been a soft-power gut punch for the U.S. America’s global approval ratings have plummeted; in some allied countries the president is viewed less favorably than Russian President Vladimir Putin and Chinese leader Xi Jinping.

This is a stain on our reputation that I doubt America will ever recover from. Even if our next president rights these wrongs, our allies will take away the message – and won’t be wrong to do so – that this brand of racist cruelty is a deep-rooted strand of our politics, awaiting its moment to reemerge.

Other countries will be right to trust us less, to cooperate with us less, to seek elsewhere for alliances and friendship. And the other side of that coin is that the dictators, tyrants and petty despots of the world will feel unleashed to commit similar cruelties. They’ll be able to claim that their conduct doesn’t matter; that if America can get away with doing these things, they should be able to as well. 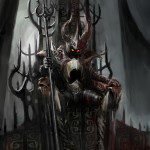 April 19, 2019 The Fountainhead: Villain Rant
Recent Comments
0 | Leave a Comment
"Do you agree that it is unethical to punish people who don't understand the difference ..."
GCT Life’s Random Cruelty
"https://cdss.ca/family-supp...Your move."
GCT Life’s Random Cruelty
"Carlson is certainly claiming that as a white man, his vote should be worth more. ..."
Anne Fenwick White Supremacy Is Rooted in Fear
"Would you say more about "pseudo-propriety"? Curious about this concept."
coeumo White Supremacy Is Rooted in Fear
Browse Our Archives
get the latest from
Daylight Atheism
Sign up for our newsletter
POPULAR AT PATHEOS Nonreligious
1