This is the fifth segment of a nine-part series on religious horrors, cruelties, atrocities and tragedies of all types.

Rampant corruption and greed in the medieval church triggered the Reformation, which spawned a bloodbath of Catholic-Protestant wars.

A preliminary rebellion erupted in the 1400s when Czech priest John Hus protested the sale of indulgences (paid forgiveness for sins) and denounced Vatican immorality. He drew followers, some of whom were executed. Hus was excommunicated and exiled, but he persisted. An emperor gave him safe passage to present his grievances at the 1415 Council of Constance – where he was seized and executed. This caused the Hussite Wars, with papal armies repeatedly engaging Hus followers until they were crushed.

Martin Luther’s historic revolt began in 1517 when he nailed his 95 protests to a church door – unleashing a century of holy slaughter. The first outbreak was the Peasants War in which hymn-singing amateur soldiers were decimated by trained legions.

In Germany, Lutheran princes formed an alliance, and Holy Roman Emperor Charles V sent Catholic armies to annihilate the Protestants. He lost, and was forced to accept the 1555 Peace of Augsburg, which allowed 300 local rulers to choose whether their districts would be Catholic or Protestant.

In Spain and Italy, the Holy Inquisition ferreted out secret Protestants and burned them.

In France, Catholic King Henry II created a heresy court to find and burn Protestant Huguenots. Religious warfare erupted, then subsided, then erupted again – eight separate times. After the third war, ruler Catherine de Medici sought to end the horror by marrying her Catholic daughter to a young Huguenot prince. But when Huguenots came to Paris for the wedding, they were massacred at night on Aug. 24, 1572 – St. Bartholomew’s Day – in a surprise attack. The Huguenot leader’s head was sent to Rome, where Pope Gregory XIII received it joyfully. The pope struck a medal celebrating the Catholic victory.

Thousands of Huguenots fled France. One group settled at what is now St. Augustine, Florida. A Spanish fleet found them in 1565 and killed nearly all, posting a sign saying the settlers were executed “not as Frenchmen but as Lutherans.”

In the Low Countries, Protestantism grew, but Catholic ruler Philip II of Spain sent armies to exterminate it. Protestants rebelled and burned 400 Catholic churches. After a decade of killing, they finally won independence in northern provinces.

England’s Protestantism was different, because Henry VIII broke with Rome to gain a right to divorce. His Anglican Church ruled – until his daughter, “Bloody Mary,” gained the throne and unleashed a wave of executions to force England back to Catholicism. Her burnings of Protestants sickened most English, turning them bitterly against Rome.

The last great spasm of the Reformation was the Thirty Years War, from 1618 to 1648. It started because Protestant nobles entered a Prague palace and threw two Catholic ministers out a window onto a dungheap. Resulting Catholic-Protestant slaughter seemed unstoppable and killed millions in Germany, leaving starvation and poverty behind.

Anabaptists rejected infant baptism, contending that only adults are mature enough to choose religion. For this “heresy,” they were massacred by both Catholics and Protestants.

“A larger proportion of Anabaptists were martyred for their faith than any other Christian group in history,” British scholar Bamber Gascoigne wrote.

In several European countries, Anabaptists were condemned, burned, beheaded – and especially drowned, which was considered appropriate for baptizers.

At Munster, rebelling Anabaptists seized the city and barricaded themselves inside. Outside, a religious army set siege, and finally broke through, killing inhabitants. Anabaptist leaders were tortured to death with red-hot pincers and their bodies hung in iron cages from a church steeple.

“Such leaders as had escaped the carnage at Munster were hunted down like rabbits and killed wherever found,” historian Hendrick van Loon recounted.

In the 1840s, a holy man in Iran declared that he was the Bab, a “gate” through which a mysterious Twelfth Imam spoke. He drew many followers, including a woman poet, Tahirih, who advocated female equality.

Muslim leaders suppressed the tumultuous Bab’is. The Bab was imprisoned, then shot by firing squad in 1850. Bab’i uprisings worsened. Islamic forces massacred 20,000 Bab’is in Teheran, including the woman poet. Surviving believers were sent into captivity.

One of them, Baha’ullah, prayed in a garden and declared that he was “the promised one of all religions” – Jesus returning for Christians, the Messiah coming for Jews, a long-awaited Third Imam coming for Muslims, etc. His followers became Baha’is.

Shi’ite mullahs denounced them as heretics and sorcerers. Mobs sporadically attacked them. Waves of massacres erupted in 1903, 1906 and during World War I. In 1955 a fiery sheik preached by radio that true Muslims should wipe out the “false religion.” A storm of murder, rape, pillage and arson struck the defenseless minority. The United Nations intervened.

In the 1980s, after the Ayatollah Khomeini and fundamentalists turned Iran into a theocracy, the Baha’i faith was outlawed. A chief religious judge declared that Iran “cannot tolerate the perverted Baha’is, who are instruments of Satan.” Hangings, jailings, torture, forced conversions and mob lynchings ensued.

In 1985, more than 100 members of the U.S. Congress signed a resolution condemning Iran’s “relentless acts of savagery against the innocent Baha’is.”

(Next: Religion in Civil Wars) 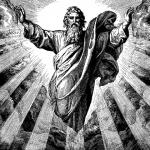 April 3, 2019 When Do You Need Big Gods?
Recent Comments
0 | Leave a Comment
Browse Our Archives
get the latest updates from
Daylight Atheism
and the Patheos
Nonreligious
Channel
POPULAR AT PATHEOS Nonreligious
1