This is the sixth segment of a nine-part series on religious horrors, cruelties, atrocities and tragedies of all types.

Faith conflicts have factored in many deadly civil wars. Here are a few:

England’s horrible civil war in the mid-1600s involved early steps toward democracy, with landed gentry in an incipient Parliament seeking some powers against the “divine right” of King Charles I. But the war also was riddled with religion.

It began when Charles tried to impose a new Anglican prayer book on Presbyterian Scotland. Scots rebelled in the Bishops War and defeated an army sent by Charles. The king was forced to call a Parliament, which had power to raise taxes, so he could get funds to fight Scots.

However, the Parliament was full of Puritan and Presbyterian sympathizers unhappy with Charles. The “short Parliament” didn’t satisfy him, so he summoned a “long Parliament” to get war money. It was a disaster. Puritans in Parliament resisted so fiercely that civil war erupted between royalists loyal to the king and the Puritan wing in Parliament.

“Cromwell came as a soldier of God the Just, terrible as Death, relentless as Doom, doing God’s judgments on the enemies of God.”

Puritans imposed rigid strictures such as the death penalty for adultery. But their era ended when the Restoration returned monarchy in 1660, with Parliament gaining more powers.

Puritans brought their intolerance to New England, where they hanged Quakers and “witches,” decreed death for blasphemy, and flogged merrymakers. (Old joke: An Australian told an American, “We were the lucky ones – we got the criminals, and you got the Puritans.”)

India has a special word, dharmiklarai, meaning religious violence. It’s applied often in a land stricken by recurring massacres among Hindus, Sikhs, Muslims – and even Buddhists on the nearby island of Sri Lanka.

It’s ironic that the great pacifist, Mahatma Gandhi, champion of nonviolence, drove British military rule out of India – which unleashed dharmiklarai in a historic bloodbath.

After World War II, Britain realized that withdrawing control of India would trigger horrible religious conflict, so it created Pakistan for Muslims, with India proper remaining Hindu. But the separation in 1947 didn’t prevent colossal massacres that killed up to one million.

Gandhi himself was assassinated by a Hindu fanatic who thought the “Great Soul” was soft on Muslims.

Ever since, India has suffered periodic religious slaughter and repeated Muslim-Hindu warfare in the disputed Kashmir region between India and Pakistan. Deadly riots erupt when rumors allege that members of one faith insulted the other. India is cursed by religion.

In the Nile Valley south of Egypt, recurring conflict between ruling Muslims in the north and rebellious Christians and animists in the south killed at least one million.

Britain agreed to free the colonial territory in 1956, but rebellion flared a year before, ensuing for 17 years and killing a half-million. A truce was reached in 1972, but the Muslim president tried to impose brutal Sharia law on the south, and warfare resumed.

The tragedy finally subsided in 2011 when South Sudan gained independence.

In the rugged Caucasus between the Caspian Sea and Turkey, Armenia became the first Christian nation when its king converted in year 303, two decades before Constantine made it the official church of the Roman Empire.

Muslim Turks seized the region in the 1500s and treated Christians as inferiors. Armenians sought help from Orthodox Russia, which triggered the Crimean War in the 1850s. During World War I, Turkey sided with Germany and Armenians rebelled – causing a historic genocide of Armenians.

After the war, Armenia was swallowed into the Soviet Union, but finally gained independence in 1990. Ever since, Christian Armenia has battled with neighboring Muslim Azerbaijan, mostly over an enclave of Christians living inside the Muslim nation.

This lovely Mediterranean nation fell into tragedy in the 1980s after its various religious groups formed their own militias and plunged into civil war. Journalist Mark Patinkin wrote:

“Lebanon split by faith. Religions began to form militias. And imagine what hatreds would grow in America if the Protestants formed an army, and then the Catholics, then the Jews, each arming themselves not merely with handguns but with artillery.”

Years of seesawing combat killed at least 130,000 people and wrecked the beautiful land. Matters worsened when President Reagan sent U.S. Marines to Beirut Airport, and a Muslim suicide truck bomber killed 141 of them.

A millennium ago, the Balkans north of Greece became split, with eastern people under the sway of Orthodox Christian Constantinople and westerners under Roman Catholic Rome. Then in the 1400s, Muslim Turks drove northward through the region and many people converted to Islam. Thus the populace, all South Slavs, became tribalized into three religions.

When armed control is removed from a nation, religious hostilities can erupt into violence. That’s what happened to Yugoslavia after communist dictator Tito died in 1980. His nation pulled apart along religious lines.

In 1991, Catholic Slovenia and Croatia declared independence. Battling erupted, but subsided – and the Vatican hastily recognized the two new Catholic nations. Then in 1992, Muslims in Bosnia-Herzegovina voted for independence, and horrible war flared with Orthodox Serbia. Serbian President Slobodan Milosevic called for “ethnic cleansing” to purge Muslims from the sector. Slaughter became hideous.

Ironically, most of Yugoslavia had been secular, not highly religious, but the nation quickly aligned into faith groups. U.S. House Speaker Jim Wright wrote in the Fort Worth Star-Telegram in 1994:

“The hate that a religious war generates seems to burn with a special intensity…. This war is not about land or race or political philosophy. It is about religion…. The Slavs are the same race. They look alike, live alike, talk the same language, bleed the same color. Only their religion divides them. And that may be history’s greatest irony. We hate in the name of what should teach us to love.”

Ensuing holy war has killed thousands and displaced a million refugees, despite protection by U.N. peacekeepers.

(Next – Tragedy in Ulster) 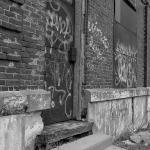