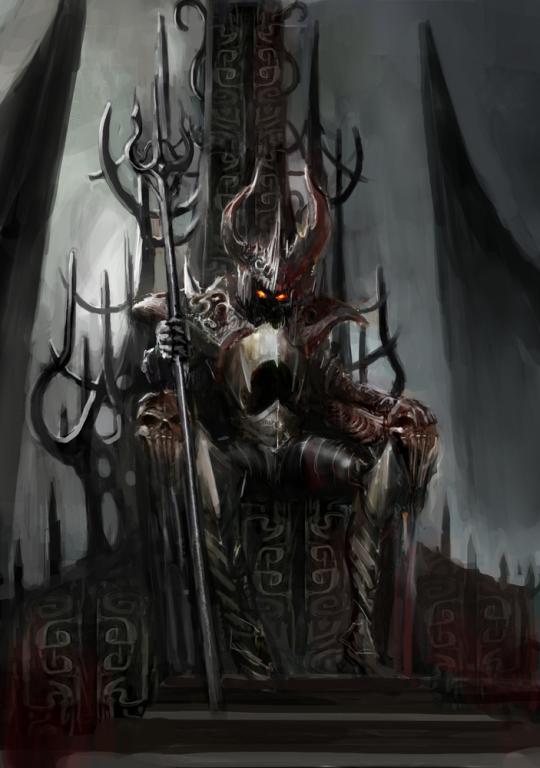 Since the destruction of Cortlandt Homes and the outcry against Howard Roark, Peter Keating has retreated into seclusion. He’s issued just one, cryptic statement: “Leave him alone, please can’t you leave him alone?”

Ellsworth Toohey drops in to see him at his apartment, where he finds Peter alone in a dark room. Peter greets him gladly:

Toohey grasped a chair by the back, swung it through the air, in a broad circle like a flourish, planted it by the table and sat down.

Toohey says he wants the real story of Cortlandt. Until this point in the book, he’s been playacting the wise and benevolent philosopher, but now he drops the mask and is suddenly, overtly malicious. It’s time for a classic villain monologue where the bad guy explains his evil scheme in detail. (This is a bit unusual for an Ayn Rand book; usually only her good guys get to monologue.)

“Want me to make it easier for you? Want a good excuse, Peter? I could, you know. I could give you thirty-three reasons, all noble, and you’d swallow any one of them. But I don’t feel like making it easier for you. So I’ll just tell you the truth: to send him to the penitentiary, your hero, your idol, your generous friend, your guardian angel!”

Peter tries weakly to deny it, but Toohey says he knows that Howard Roark is the one who really designed Cortlandt Homes, and he’s going to make Peter testify to it:

“I want you on the witness stand, Petey. I want you to tell the story in court. Your friend isn’t as obvious as you are. I don’t know what he’s up to. That remaining at the scene was a bit too smart. He knew he’d be suspected and he’s playing it subtle. God knows what he intends to say in court. I don’t intend to let him get away with it. The motive is what they’re all stuck on. I know the motive. Nobody will believe me if I try to explain it. But you’ll state it under oath. You’ll tell the truth. You’ll tell them who designed Cortlandt and why.”

In this chapter and the last, there’s an unusual focus on what Roark’s motive could have been for blowing up the building – as if it’s a mystery that has to be solved either to exonerate him or to proceed with the prosecution. The previous chapter said: “The issue was simple: one man against many. He had no right to a motive.”

But this is true, isn’t it? If Roark feels he’s been wronged, the remedy is a lawsuit, not taking the law into his own hands. There’s no motive that will excuse an act of massive destruction in the middle of Manhattan. (“Your Honor, it was looming over me in a threatening manner, I had no choice but to dynamite it in self-defense.”)

Peter asks him what he wants, and Toohey replies: “Power, Petey.”

“I’ve always said just that. Clearly, precisely and openly. It’s not my fault if you couldn’t hear. You could, of course. You didn’t want to. Which was safer than deafness — for me. I said I intended to rule. Like all my spiritual predecessors. But I’m luckier than they were. I inherited the fruit of their efforts and I shall be the one who’ll see the great dream made real.”

Toohey gloats that he’s discovered the secret which the kings and emperors of the past never found. The key to ruling humanity isn’t guns or swords or whips, but the soul. If you try to rule people by force, they’ll rebel, but if you break their spirits, they’ll come to you begging to be ruled:

“There are many ways. Here’s one. Make man feel small. Make him feel guilty. Kill his aspiration and his integrity… Tell man that he must live for others. Tell men that altruism is the ideal. Not a single one of them has ever achieved it and not a single one ever will. His every living instinct screams against it. But don’t you see what you accomplish? Man realizes that he’s incapable of what he’s accepted as the noblest virtue — and it gives him a sense of guilt, of sin, of his own basic unworthiness. Since the supreme ideal is beyond his grasp, he gives up eventually all ideals, all aspiration, all sense of his personal value… His soul gives up its self-respect. You’ve got him. He’ll obey. He’ll be glad to obey — because he can’t trust himself, he feels uncertain, he feels unclean.”

As I’ve written before, I largely agree with Ayn Rand’s critique of religion. Telling people to live up to an impossible standard, and then holding yourself out as the only means of forgiveness when they inevitably fall short, is an effective means of thought control.

But where this errs is the belief that only altruism can form the basis of this unreachable ideal. It can be anything. For example, evangelical Christian theology criminalizes basic emotions, claiming that a moment of anger or lust condemns you to eternal torture. Ironically, the cult of personality that Rand formed around herself worked in a similar way. She claimed that there was only one “rational” opinion about any subject, namely hers, which left her followers in a state of perpetual fear and doubt as they tried to anticipate her next proclamation.

“Kill man’s sense of values. Kill his capacity to recognize greatness or to achieve it. Great men can’t be ruled. We don’t want any great men. Don’t deny the conception of greatness. Destroy it from within. The great is the rare, the difficult, the exceptional. Set up standards of achievement open to all, to the least, to the most inept — and you stop the impetus to effort in all men, great or small. You stop all incentive to improvement, to excellence, to perfection. Laugh at Roark and hold Peter Keating as a great architect. You’ve destroyed architecture.”

Take that, you millennials with your participation trophies!

The thing to notice about this is that Rand’s villains, like her heroes, believe there’s a single, objective axis of merit for everything. It’s not that Peter Keating and Howard Roark prefer different styles or appeal to different audiences; it’s that Roark’s architecture is better, period. The only reason why anyone would disagree is that they hate life and goodness and want to glorify the incompetent at the expense of the worthy. And the same goes for music, literature, journalism, theater, and every other field of human endeavor.

In this light, it’s obvious why Rand considered calls for equality to be a sign of evil. If Good and Bad are objectively ascertainable properties, then wanting people to be more equal can only be motivated by a desire to redistribute recognition from the deserving to the undeserving. But not everyone believes that merit is as black-and-white as she did.

If anything, it’s good to define “standards of achievement” that are open to everyone. If you recognize people for doing the best they can, they’ll be motivated to exert their best effort. If you tell people their effort is worthless unless they can do better than the best person in the world, many of them will naturally conclude that it’s hopeless to try.

“Kill by laughter. Laughter is an instrument of human joy. Learn to use it as a weapon of destruction. Turn it into a sneer. It’s simple. Tell them to laugh at everything. Tell them that a sense of humor is an unlimited virtue. Don’t let anything remain sacred in a man’s soul — and his soul won’t be sacred to him. Kill reverence and you’ve killed the hero in man.”

With this argument, Ayn Rand showcases the fanatic’s dislike of laughter. What I said about evangelists and ayatollahs denouncing laughter also applies perfectly to her belief system:

“…in the cramped and rigidly proscribed world of fundamentalism, there is no room for irony, no room for taking either their own doctrines or the beliefs of others with any sort of light-heartedness. To laugh at something is to admit the existence of more than one way to view it, and that thought is anathema to the religious worldview that sees only in black and white.”

As with the character of God in the Bible, Rand’s protagonists do laugh, but it’s usually in mockery or scorn of those who aren’t as flawless as themselves. Irony wasn’t a currency she often dealt in. She was capable of it, in rare flashes, but the idea that humor could be part of a villain’s evil world-conquering plot is emblematic of how uneasy it made her.