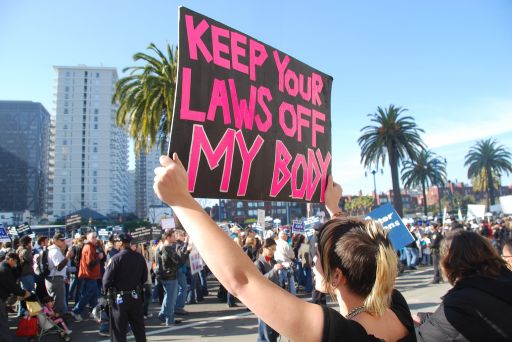 We all knew on election night that reproductive rights were facing extinction in much of the U.S. Now that nightmare is coming true, as red-state legislatures pass a rash of vicious anti-abortion bills. In Alabama (of course), Ohio, Georgia, Missouri and elsewhere, proposed or enacted laws would ban abortion at such an early stage that most women won’t even know they’re pregnant. Alabama’s law is particularly cruel, without even an exception for rape or incest.

To be clear, these laws are – for the moment – still unconstitutional. But there’s no longer a reason to hope that the Supreme Court has even a fragile pro-choice majority. In the coming months, it’s overwhelmingly likely that Roe v. Wade will either be overturned or technically allowed to stand but gutted by exceptions that render it meaningless.

And we know what’s soon to follow after that. We have historical evidence of what happens when a country bans abortion. Take Romania, where the dictator Nicolae Ceausescu outlawed it in 1966:

As a last resort, many Romanian women turned to home and back-alley abortions, and by 1989, an estimated 10,000 women had died as a result of unsafe procedures. The real number of deaths might have been much higher, as women who sought abortions and those who helped them faced years of imprisonment if caught. Maternal mortality skyrocketed, doubling between 1965 and 1989.

…When communism collapsed in Romania in 1989, an estimated 170,000 children were found warehoused in filthy orphanages. Having previously been hidden from the world, images emerged of stick-thin children, many of whom had been beaten and abused. Some were left shackled to metal bed frames.

Or, for a current example, take the Christian theocracy of El Salvador:

Amnesty International reports that suicide now accounts for 57 percent of deaths of pregnant females ages 10-19 in El Salvador. Because in an attempt to terminate their pregnancies, women are “ingesting rat poison or other pesticides, and thrusting knitting needles, pieces of wood and other sharp objects into the cervix.”

Neither of these is a fluke or an accident. This is what always happens when the state tries to take away people’s right to control their own bodies. Despite conservatives’ efforts to infantilize them and deny their agency, women understand the immense responsibility and burden of bearing a child. When they seek an abortion, it’s because they know that they’re not physically, emotionally or financially prepared for it. It’s pure magical thinking to assert that, if the state tries to override their decision, things will just somehow turn out okay anyway.

As this post notes, we don’t even take organs from dead people without advance consent, meaning that the bills being contemplated would leave women with less autonomy over their own bodies than corpses. My Patheos colleague Kaveh Mousavi also points out that Iran, an Islamic theocracy governed by sharia law, has less restrictive abortion laws than Alabama.

If you actually care about reducing abortion, the way to do that is by giving people access to free, long-lasting contraception. Colorado has done this with great success, resulting in large drops in both the abortion rate and the teen pregnancy rate, and as a bonus, saving the state lots of money besides.

But we know better than to expect Republican zealots to care about empathy, reason or logic, not when they’re salivating for the chance to punish women for having sex. The party that screams for banning abortion is the same party that wants to put migrant children in cages; that shrugs its shoulders at lead-poisoned drinking water and smog-poisoned air and daily gun massacres in schools; that fights tooth and nail against paid parental leave and affordable healthcare and decently funded education and everything else that might help parents to raise happy, healthy children. It’s no coincidence that anti-choice red states also have the highest maternal mortality rates.

I’m not as optimistic as the author of this post, which argues that the GOP is committing political suicide, but I agree there’s a dog-that-caught-the-car feel to this. As long as abortion was constitutionally protected, Republican politicians could spew fire and brimstone about it and pass bill after bill knowing they would be overturned. It was political theater, meant to rile up their base, and it worked.

But if that protection disappears, Republicans will have to make good on their decades of promises. And all the conservatives who were so sure they wanted abortion to be illegal will get to find out what that’s actually like.

America has always exhibited a soft hypocrisy on abortion. Polls consistently show that solid majorities want it to be legal – but as a nation, we also seem to be OK with shaming women, judging them for their choices, and putting hurdles in their path. The next few years are going to clarify the inconsistency, and we’ll find out whether people wake up when they realize their rights are slipping through their fingers and can no longer be taken for granted – or whether the majority will passively sit and watch as the U.S. descends into a fundamentalist’s dystopia of misogyny. 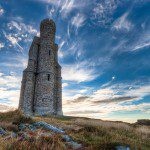