Fundamental Falsehoods May 6, 2019 James A. Haught 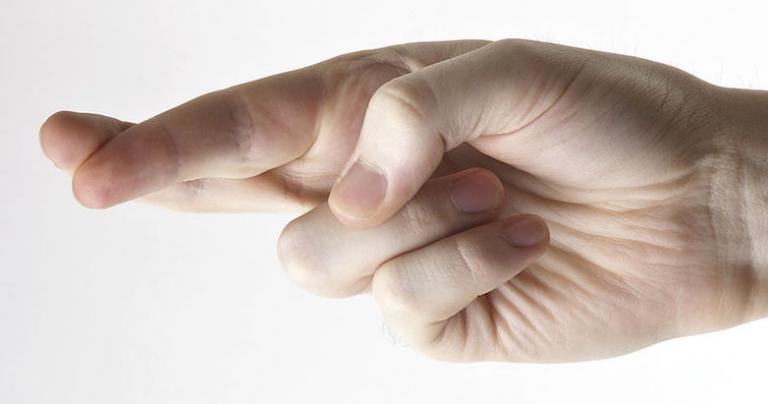 The Lilly Endowment, a rich foundation created by pharmaceutical heirs, says part of its mission is to “deepen and enrich the religious lives of American Christians” and to “foster public understanding about religion and help lift up in fair and accurate ways the contributions that people of diverse religious faiths make to our greater civic well-being.”

The foundation just donated $4.9 million to the Associated Press and a consortium of groups to “expand religion news reporting.” I suspected that Lilly is trying to buy a whitewash to offset endless ugly headlines about religious horrors and cruelties around the world. I wanted to give the project a jolt. Half sarcastically, I offered to write “curmudgeon columns” for the Lilly-funded enterprise. Here’s the first one (which I assume is doomed to rejection):

Supernatural religion is a colossal system of falsehoods. Invisible gods, devils, heavens, hells, angels, demons and other magical church entities don’t actually exist. They’re just concoctions of the human imagination. Yet they’re the basis of a trillion-dollar labyrinth of worship around the planet.

Widespread belief in such spirits shows a deep flaw in the supposedly logical minds of our species. It’s akin to fairy tale beliefs of children.

The most dishonest people are clergy who endlessly declare God’s commands, as if an imaginary being really gave commands. I wonder how many ministers realize, at least subconsciously, that they’re spouting lies?

In medieval times, while the Holy Inquisition burned skeptics, Michel de Montaigne wrote: “Man is certainly stark mad. He cannot make a worm, yet he will make gods by the dozen.”

As American radicals launched the first modern democracy, Thomas Jefferson wrote: “The day will come when the mystical generation of Jesus, by the supreme being as his father in the womb of a virgin, will be classed with the fable of the generation of Minerva in the brain of Jupiter.”

Jefferson also wrote, in an 1820 letter, that ministers “dread the advance of science as witches do the approach of daylight.”

Physics genius Albert Einstein told The New York Times in 1930 that he couldn’t believe in a personal god, adding: “Neither can I believe that the individual survives the death of his body, although feeble souls harbor such thoughts through fear or ridiculous egotism.”

There you have it. The brightest people have always known that supernatural church dogmas are untrue.

The Flynn Effect shows that the average American I.Q. rises three points per decade. Educated folks are getting smarter. Maybe that’s why religion is dwindling rapidly in the United States, as it has done in Europe. At least one-fourth of American adults now say their religion is “none” – and the ratio is one-third among those under 30. Supernatural faith is dying, right before everyone’s eyes. A new Secular Age is taking shape. Scientific honesty prevails. Hurrah.

It may seem harmless that millions of older Americans still attend church and pray to imaginary spirits that don’t exist. But religion has a dark side that is profoundly harmful. It has cropped up since the time of human sacrifice, Crusades, Inquisitions, witch hunts, holy wars and pogroms against Jews.

Today, the vile side of faith erupts in Muslim suicide massacres, child molestation by Catholic priests (and Protestant evangelists), opposition to the teaching of evolution, the rise of “talking in tongues” until if fills one-fourth of Christian congregations, resistance to sex education and birth control, cruel hostility to gays, opposition to lifesaving stem cell research, etc.

Another vile aspect of religion is the adherence of white evangelicals to the Republican Party. Jesus was a liberal who urged followers to help the poor, feed the hungry, heal the sick, clothe the naked and aid underdogs. That’s the formula of the social “safety net” backed by Democrats. Yet white fundamentalists vote overwhelmingly for the GOP, which seeks to slash the safety net. In effect, those believers oppose Jesus.

It’s fortunate that supernatural religion is fading as America grows more intelligent. Bring it on. The faster the better. 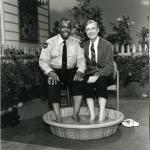 May 8, 2019 Movie Review: Won't You Be My Neighbor?
Recent Comments
0 | Leave a Comment
"See John Zande's "The Owner of All Infernal Names", available on Amazon (Satan incarnate right ..."
basenjibrian Why Would God Drown Children?
"“...including children”😢"
Juniper When Religious Rituals Turn Deadly
"I read the Wikipedia article 'Stampede', and it mentioned academic experts opposing this particular use ..."
J-D When Religious Rituals Turn Deadly
"It's not surprising that people are interested in the question. It is interesting, in a ..."
J-D Why Would God Drown Children?
Browse Our Archives
get the latest from
Daylight Atheism
Sign up for our newsletter
POPULAR AT PATHEOS Nonreligious
1