Movie Review: Won’t You Be My Neighbor? 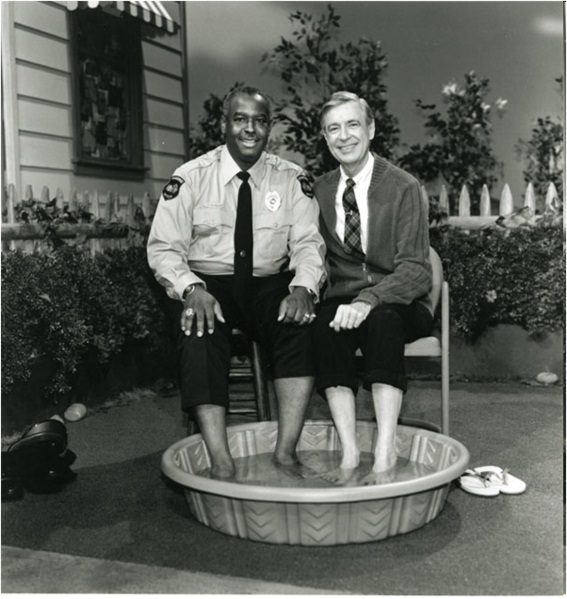 Summary: The quiet radicalism of universal compassion and acceptance.

My 2-year-old son loves Mister Rogers’ Neighborhood. It’s his favorite thing to watch of any show on TV. Amazon has a huge library of episodes, going back to the beginning of the show (in 1968!), and we’ve been slowly working our way through them.

Although kids’ TV has gotten better since I was growing up, Mr. Rogers still stands out. His show isn’t a frenetic stream of images or a barrage of slapstick violence, like most television shows aimed at children. It’s slow-paced, quiet, meditative, unapologetically low-tech and low-budget. It rewards patience and attention and doesn’t pander to short attention spans.

I’ve been thinking about this because I watched Won’t You Be My Neighbor?, Morgan Neville’s 2018 documentary about Fred Rogers. The film doesn’t delve deeply into his personal life – which is just as well, since by all accounts it was relentlessly wholesome – but focuses on his message and his legacy. Regardless, Mr. Rogers is fascinating precisely because it’s so rare to find a media personality who isn’t a persona. He wasn’t playing a character; he truly was the person he appeared to be on TV. (This classic profile in Esquire is worth your time.)

There are some standout moments in the documentary, especially this one: in 1969, the Nixon Administration wanted to gut PBS’ budget. A younger Fred Rogers testified before the Senate Commerce Committee, facing a senator named John Pastore who’d never heard of his show. Pastore was a gruff, hard-nosed character straight out of central casting, snappish and impatient, berating witnesses for taking too long or for reading from prepared remarks. But as Rogers’ testimony went on, Pastore began to soften under the overwhelming force of his earnestness, until… well, you can watch it for yourself. Suffice to say it’s a denouement that I would have dismissed as sappy and cliched if it had happened in a movie.

But in spite of his affable image, Mr. Rogers wasn’t afraid to deal with serious, even dark topics. His show addressed jealousy, divorce, disability, death and war. He spoke about national tragedies over the decades, from the assassination of Robert F. Kennedy to the explosion of the Challenger to 9/11. He didn’t hold to the mistaken belief that children should be sheltered from the painful realities of life, but treated children like adults, acknowledging their fears and addressing them honestly and openly.

He was also politically radical in his own quiet way. The actor and singer Francois Clemmons, who plays Officer Clemmons on the show, was black. The documentary shows a clip from an episode where he and Mr. Rogers cool off together with their feet in a wading pool. This was in an era of segregation, when white hotel owners were dumping acid in pools to stop black guests from swimming there, and there’s no doubt that he fully intended the symbolism.

(That said, Mr. Rogers’ tolerance wasn’t unlimited. Clemmons was also gay, and he recounts a conversation when Mr. Rogers told him that he had no personal objection to homosexuality, but that Clemmons couldn’t be out of the closet and continue to appear on the show, for fear of a scandal that would force the entire show to be canceled. Make of that what you will.)

The show also taught moral lessons that are surprisingly – sometimes depressingly – relevant today. In the first ever episode, pompous King Friday of the Neighborhood of Make-Believe doesn’t like that things in the neighborhood are changing and commands the construction of a border wall to stop it. I promise I’m not making this up:

A wall goes up, as ordered. A guard paces along the new fencing and sings to himself, “Oh, it’s very sharp, it’s very sharp, oh my, barbed wire is very sharp!” King Friday reminds the guard of their battle cry: “Down with the changers!” The guard sings back: “We don’t want anything to change.” King Friday ends the song by shouting, “Because we’re on top!”

Of course, Mr. Rogers was flesh and blood and had moments of human weakness. According to some of the interviews, he was at times beset by self-doubt, especially in his later years when he wondered if he was making a difference or if his show was a futile attempt to swim against the tide. His wife Joanne recounted one conversation where he agonized over whether he’d done anything worthwhile in his life. You can look at this pessimistically – as in, what hope is there for me if even Mr. Rogers worried about this? – or optimistically, as a reminder that no one is immune to impostor syndrome and we should all be more gentle on ourselves.

He wasn’t totally free of controversy, either, as the documentary points out. There were comedians who satirized him and right-wing pundits who attacked him for teaching kids self-esteem and self-love (because they advocated an Ayn Randian worldview where most people aren’t special or important and that self-esteem is something you have to earn, ideally by making a lot of money). As always, universal compassion and acceptance is a morally radical message.

There’s one more thing I have to mention, and that’s that Fred Rogers was a Christian. In fact, he was an ordained minister in the Presbyterian church. I have no hesitation in saying that Mr. Rogers was a better argument for Christianity than all the pushy street-corner proselytizers or tedious apologist tracts I’ve had the misfortune to encounter, and he did it without, as far as I know, ever uttering the word “Jesus” on the air. If more Christians were like him, I wouldn’t be nearly so ferocious an atheist.

What I do wonder, and can’t help wondering, is whether a message of compassion and unconditional acceptance can find its footing and survive in the world. Is “love conquers all” the essence of morality, or is it mere naivete? Does it amount to disarming ourselves in the face of the enemy? A Christian always has the fallback that God will deal with evil in the end, but a secular person doesn’t have that excuse available. Is there so much violence and hate in the world that we have to teach our children, for their own protection, to be hard-edged and ruthless?

I have no easy answers to this. I suspect some cynicism is necessary to survive, but too much makes us calloused and heartless. Striking the right balance between them is a lifelong quest. We’ll never make universal love the only guiding principle of society, nor would we want to. But it can be the asymptote we approach, with a few rare and exceptional individuals to illuminate the way for the rest of us.

May 10, 2019 The Fountainhead: Stop the Presses!
Recent Comments
0 | Leave a Comment
Browse Our Archives
get the latest from
Daylight Atheism
Sign up for our newsletter
POPULAR AT PATHEOS Nonreligious
1