Revelations, Visitations, and All That

Revelations, Visitations, and All That May 20, 2019 James A. Haught 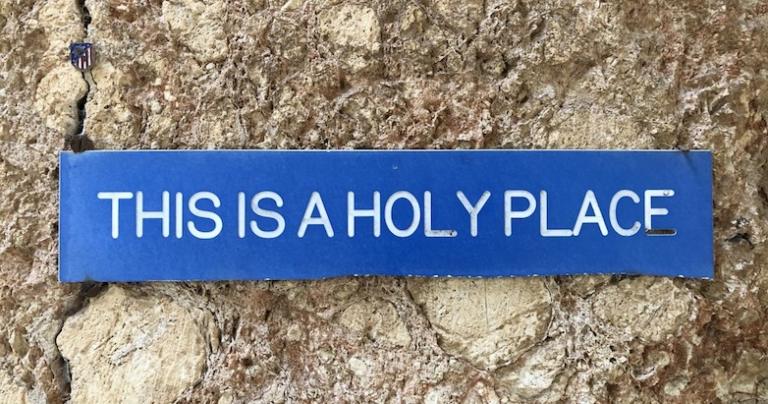 In the mid-1800s, an imprisoned Persian allegedly saw a vision of a “heavenly maiden” who informed him of his holy status. Later he declared that he was Baha’u’llah, the Promised One of All Religions. In effect, he said he was Jesus returning for Christians, the Messiah coming for Jews, Lord Krishna coming for Hindus, a long-awaited divine imam coming for Muslims, etc. He drew thousands of followers, called Baha’i. Surrounding Shi’ite Muslims massacred them, but they persisted. The Persian’s brother tried to poison him and declared himself, instead, the Promised One of All Religions. But the brother’s attempt fizzled. Baha’is slowly grew to seven million around the world today, although they remain cruelly persecuted in Iran.

In 1935, according to the Unification Church, Jesus appeared to Sun Myung Moon in Korea and commanded him to finish the “incomplete” work that Christ started 2,000 years earlier. Moon began evangelizing and slowly created the “Moonie” faith that spread worldwide.

In the mid-1800s, a Chinese man read Christian missionary tracts and said he experienced a vision in which God told him he was a divine younger brother of Jesus. God commanded him to “destroy demons.” The vision-receiver drew followers, launched the Taiping religion and a Taiping army that conquered much of China, causing an estimated 20 million deaths.

In the 1970s, a French racecar driver called Rael said he was visited by ancient extraterrestrials called the Elohim, who originally created all life on Earth. Rael wrote books and launched a religion that consists mostly of naked assemblies, casual sex, and efforts to bring the Elohim back to the planet. Estimates of the number of Raelians range from 50,000 to 90,000.

In the mid-1800s, a much-arrested mystic named Joseph Smith said he was visited by an angel named Moroni who showed him golden tablets buried on a New York state hill. The angel allegedly gave him magic stones that enabled him to translate ancient writing on the tablets. It became the Book of Mormon, describing a North American civilization that was visited by Jesus. But nobody could see the golden tablets and magic stones as proof, because the angel supposedly took them back to heaven. Today, the Mormon faith numbers 15 million worldwide.

Mary Baker Eddy said she heard supernatural voices as a child, and she later became devoted to a hypnotist healer, then she claimed that divine inspiration led her to write a faith-healing book and launch the Church of Christ Scientist in the 1870s. But critics claimed that she lifted most of her spiritual healing ideas from the hypnotist and from Eastern religions.

And, as everyone knows, the Prophet Muhammad claimed in the seventh century that the Angel Gabriel visited him repeatedly for 23 years, dictating the Qur’an. Muhammad was illiterate, but supposedly relayed the angel’s words to others and scribes, who put them on paper. This launched the Muslim faith, which now has 1.5 billion adherents.

You get the picture. Time after time throughout history, various people have claimed miraculous visitations. The visionaries began preaching and spawned religions. They drew great numbers of followers — showing a remarkable human craving for miracle tales.

Alleged communication from gods and godlings goes back to the earliest known writings. Greek King Agamemnon supposedly offended the goddess Artemis, who calmed winds when the king’s army tried to sail for Troy. The goddess supposedly told the prophet Calchas that she would relent only if Agamemnon sacrificed his daughter Iphigenia, and it was done.

The all-time champion of holy appearances is the Virgin Mary, who often makes herself visible to believers — in 1531 at Guadalupe, Mexico; in 1858 at Lourdes, France; in 1917 at Fatima, Portugal; in 1981 at Medjugorje, Bosnia; in 1983 at a farm in Georgia; etc. Vast multitudes of worshipers flock to these sites. It’s odd that Mary doesn’t appear to Jews, Buddhists, Protestants or atheists. As a wag said, “Some things must be believed to be seen.”

Troy Taylor, a collector of ghost tales, wrote that the Virgin made numerous appearances in Illinois. A retired railroader, praying by a crucifix at Queen of Heaven Cemetery at Hillsdale in 1990, was visited by Mary, St. Michael and three angels, he said. Swarms of believers rushed to the spot and made miracle reports of their own.

At Belleville in 1993, a man said a voice told him to visit the Lady of the Snows shrine, where Mary appeared from a bright light and gave him messages. Meanwhile, various Orthodox churches around Illinois reported weeping or bleeding statues or paintings of the Virgin. And a family at Hanover Park said Mary appeared in 1997 in shadows on an apartment wall, drawing crowds of the faithful.

Taylor wrote that all these happenings may be “the fevered imaginings of a religious mind” or they may be genuine miracles — “We leave that up to you to decide.”

How many divine revelations and visitations have been claimed through the centuries? Tens of thousands? Millions? The total is uncountable. Clearly, it’s part of human experience. It’s somewhat akin to people who say they were abducted by space aliens, taken aboard UFOs and subjected to sexual experiments.

Are these vision-seers psychotics or “fantasy-prone” neurotics who really believe their tales? Or are they charlatans who invent lies, then spend the rest of their lives repeating them?

One exception to the lie-repeating premise is an American named Alex Malarkey. In 2004, when he was six, a car crash sent him into a coma. After he woke, he said he had gone to heaven and visited Jesus and Satan. His father helped him write a best-selling book, The Boy Who Came Back from Heaven, which sold a million copies and was made into a television movie. But at age 16, the paralyzed boy said his tale was a hoax to get attention. The publisher halted sales of his book. His name should have been a giveaway.

The widespread phenomenon of miraculous encounters should be a field of study for psychiatrists. What facet of the mind causes some people to claim that divine visitors came to them — and causes other people to believe them?

(Haught is editor of West Virginia’s largest newspaper, The Charleston Gazette, and a senior editor of Free Inquiry. This article previously appeared in Free Inquiry, Oct-Nov 2015.)