The Fountainhead: Rand vs. Rand 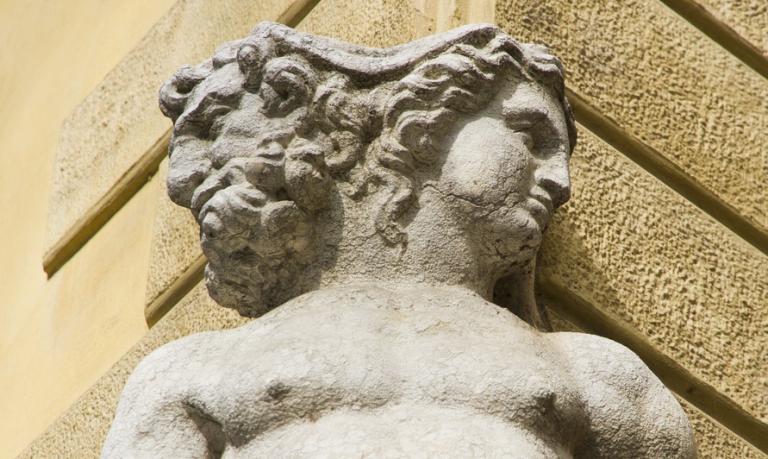 The strike is entering its second month, and Gail Wynand’s empire is crumbling.

He’s keeping the Banner afloat out of his own pocket, but his losses are mounting day by day. His advertisers are deserting him, the public is on the strikers’ side, and the politicians he thought he had in his pocket are suddenly refusing to return his calls.

At an emergency board meeting, his shareholders berate him for holding out over what they see as a non-issue:

“I’ll be damned if I can see any sense to it. Now, if they were demanding a raise in wages, that I could understand, I’d say fight the bastards for all we’re worth. But what’s this — a God-damn intellectual issue of some kind? Are we losing our shirts for principles or something?”

Wynand’s investors tell him bluntly that his editorial stand in defense of Howard Roark is killing the paper. They put the dilemma to him: either recant and denounce Roark in print, rehire the men he fired and negotiate an end to the strike, or else:

…He thought of the moment in his bedroom when he had almost pulled a trigger. He knew he was pulling it now.

After his capitulation, Wynand departs the boardroom, leaving it up to his staff to do what’s necessary. Wracked by guilt, he goes on a walk of shame through the darkened streets of New York City.

In every saloon window and on every street corner, Wynand glances at the loathsome ordinary people he sees (“the little man sipping root beer at a drugstore counter”, “the toothless woman selling chewing gum”). He muses bitterly that they were his masters all along and he never knew it:

There is a net — longer than the cables that coil through the walls of this city, larger than the mesh of pipes that carry water, gas and refuse — there is another hidden net around you; it is strapped to you, and the wires lead to every hand in the city. They jerked the wires and you moved. You were a ruler of men. You held a leash. A leash is only a rope with a noose at both ends.

My masters, the anonymous, the unselected. They gave me a penthouse, an office, a yacht. To them, to any one of them who wished, for the sum of three cents, I sold Howard Roark.

Some time after midnight, he finds a newspaper stand. It’s already selling the next day’s edition of the Banner. He doesn’t want to look, but he has to know what it says:

“We have always endeavored to give our readers the truth without fear or prejudice…
“…charitable consideration and the benefit of the doubt even to a man charged with an outrageous crime…
“…but after conscientious investigation and in the light of new evidence placed before us, we find ourselves obliged honestly to admit that we might have been too lenient…
“…A society awakened to a new sense of responsibility toward the underprivileged…
“…We join the voice of public opinion…
“…The past, the career, the personality of Howard Roark seem to support the widespread impression that he is a reprehensible character, a dangerous, unprincipled, antisocial type of man…
“…If found guilty, as seems inevitable, Howard Roark must be made to bear the fullest penalty the law can impose on him.”

It was signed “Gail Wynand.”

Now that it’s too late, Wynand realizes the mistake he made when he decreed that the Banner would be a paper which always represented the lowest common denominator:

I released them all. I made every one of those who destroyed me. There is a beast on earth, dammed safely by its own impotence. I broke the dam. They would have remained helpless. They can produce nothing. I gave them the weapon. I gave them my strength, my energy, my living power. I created a great voice and let them dictate the words.

This is typically Randian in its assumption that ordinary people are helpless and useless unless empowered by the creative genius of the few Objectivist Heroes, which they can twist into a weapon against the same people who gave it to them.

But there’s just one problem with this, and it’s this line from Atlas Shrugged, spoken by Francisco d’Anconia:

“Dagny, there’s nothing of any importance in life – except how well you do your work. Nothing. Only that. Whatever else you are, will come from that. It’s the only measure of human value. All the codes of ethics they’ll try to ram down your throat are just so much paper money put out by swindlers to fleece people of their virtues. The code of competence is the only system of morality that’s on a gold standard.”

As much as Rand pours scorn on the tastes and values of ordinary people, there’s one point that she can’t dispute: Gail Wynand built a vast and successful media empire by catering to them. Doesn’t this mean, by the Atlas criterion of competence in business, that he was acting correctly and morally? And when he went against popular wisdom to defend Roark and his circulation plummeted, doesn’t that represent him failing the competence test, even if he thought he was doing the “right” thing in some philosophical sense?

What Wynand is really bemoaning is that he’s subject to the free market. He’s upset that he can’t sell something if no one wants to buy it. By this book’s standard, this represents him realizing that he’s been the villain all along because he set out to give the people what they wanted, and that instead he should have said what he really believed.

But Francisco’s test would lead us to conclude the opposite: Wynand was a good capitalist at the beginning, when he was selling a popular product and making profits, and a looter at the end, when he wanted to have a successful business without being subject to the necessity of giving his customers what they wanted.

This is the dilemma that Ayn Rand can’t evade. She asserted that The Fountainhead‘s principle of creative independence could be seamlessly incorporated into Atlas Shrugged‘s principle of rational self-interest expressed through capitalism. But in fact, they’re fatally at odds.

As we’ve discussed, a successful capitalist is inherently a second-hander in the sense that they have to appeal to the desires of their customers. Gail Wynand expressed this principle when he boasted that he was successful because he gave his readers what they liked, whether they wanted to admit it or not. That’s The Fountainhead‘s version of Francisco’s code of competence, but this book condemns that as a moral error.

It seems doubtful that the public could have been won over. Even Howard Roark, the most Super of Randian Supermen, wasn’t able to change popular taste. He just found a few wealthy people who liked his style and were willing to hire him to build for them. The Fountainhead even admits that classical architecture won out because the public liked and wanted it, not by decree of an evil central planner.

So, again, what was Wynand supposed to have done? How could he both stay true to himself and be successful in the free market of ideas? He’s caught in a vise of contradiction between Ayn Rand’s two key principles, a contradiction which existed whether or not Rand was able to recognize it. 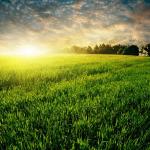 May 20, 2019 Revelations, Visitations, and All That
Recent Comments
0 | Leave a Comment
Browse Our Archives
get the latest from
Daylight Atheism
Sign up for our newsletter
POPULAR AT PATHEOS Nonreligious
1