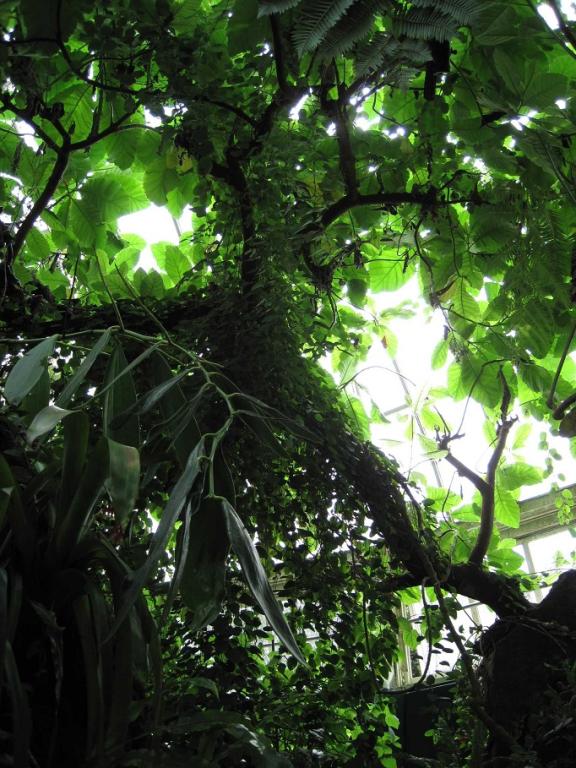 A green, clean energy future is barreling down on us, but it won’t get here in time. If we’re going to save the world, we need to think about going beyond decarbonization and healing the harm that’s already been done.

As the author Ramez Naam points out, we’re on the brink of the third phase of clean energy, and it promises to be the most transformative yet.

For decades, solar and wind power were expensive, experimental technologies. Meanwhile, dirty fossil fuels got a free ride, since they didn’t have to pay the cost of their own externalities and often enjoyed generous subsidies besides.

But technology steadily improved, driving down the cost of renewables, and subsidies and mandates helped push green energy over the hump. Around 2015, we hit an inflection point where building new solar or wind became cheaper than building new coal or gas, even without incentives.

At the moment, renewables are still only a tiny fraction of global power generation. But we’re approaching a much bigger and more disruptive milestone: very soon, it will be cheaper to build new renewable energy than to operate existing fossil fuel plants.

This will happen as soon as 2020 in some places, and it will be true virtually everywhere by 2030. It will happen in the immense, industrializing population centers of China and India. It will be true in deep-blue coastal cities and deep-red rural counties of the U.S.

When this happens, simple economics dictates an exponential takeoff (an S-curve) where the new technology explodes in prominence, rapidly driving out its competitors and becoming omnipresent. It’s happened to every major invention, from electricity to radios to the internet to smartphones.

But it’s likely that even this extraordinarily rapid transformation won’t be soon enough. For one thing, there’s the accumulated damage we’ve already done, the gigatons of carbon we’ve heedlessly belched into the atmosphere since the beginning of the industrial era. Even if we ceased burning fossil fuels tomorrow, this blanket of pollution would continue warming up the planet for centuries to come: melting glaciers, drowning coastal cities, killing coral reefs, disrupting weather patterns that natural ecosystems and human farmers both rely on.

It’s almost certain that we’re going to overshoot the limit. That means, if we make it through our present troubles, the next era of human history will have to be the Age of Cleanup. To get the climate back onto a safe trajectory, we have to undo the damage that’s been done, and that means sucking carbon back out of the air.

The simplest, most effective method of geoengineering is reforestation. I recently learned about the Bonn Challenge, a global effort to replant 350 million hectares of forest by 2030. Some even more ambitious plans call for planting one trillion trees (!).

Reforestation is a win-win. Besides carbon capture, it brings all the other benefits of healthy forests: water and air purification, runoff capture and soil protection, jobs in ecotourism and forest management, safeguarding biodiversity and restoration of keystone species, cooling cities and creating beneficial microclimates. It can check the spread of deserts, as in the African Union’s Great Green Wall project to girdle the Sahara with forest.

Participating countries have already pledged half the required area for the Bonn Challenge, but many of them only intend to fulfill their pledge with commercial tree plantations. According to a study in Nature, this isn’t nearly as effective at long-term carbon sequestration.

For the maximum benefit, we need to let natural climax forests regenerate: in other words, rewilding. It’s the simplest and the best solution. Nature is resilient, and it can do what needs to be done very quickly if we just get out of the way. And as humanity flocks to megacities, there are lots of emptied-out areas in the countryside that would be ideal.

The other solution is artificial carbon capture. Like renewable energy itself, it was once unfeasibly expensive, but it’s becoming cheaper, according to this article in the Washington Post. Several private companies are developing tech that soaks up carbon dioxide from the air, after which it can be injected into impermeable rock deep underground or combined with hydrogen to make carbon-neutral fuel:

Over the past several years, the firms have vied to make technological progress. The cost of carbon capture has fallen from $600 a ton to as low as $100 a ton — and lower if a cheap or free source of heat or energy is available.

Federal subsidies are just as important. New U.S. federal tax credits provide as much as $50 for every ton of carbon dioxide captured and stored underground in well-sealed geological formations.

Carbon-capture technologies are now attracting major investment, including from oil companies, one of the better signs that the technology is viable and scalable. I’m not thrilled by the idea that the same corporations which profited by ruining the planet could profit again by saving it, but I’d much rather save the Earth than see it burn for spite.

The Forbes article compares carbon capture to “treating the atmosphere in the same way that modern sewage systems treat waste water”, an analogy I like a lot. We once thought that garbage and sewage could be dumped into the sea and forgotten about, until our mistakes caught up with us and cities found themselves suffocating from stench and disease. Now we need to learn the same lesson about the atmosphere.

Can you imagine a world where everyone has a shoebox-sized carbon-capture machine in a window box, where every city is roofed with green and abandoned rural villages are deliberately returned to forest? It took us hundreds of years to get the world into its present perilous state, and it may take hundreds of years more to clean up the damage. But that just means there’s all the more reason to start today.

May 3, 2019 The Fountainhead: Turn That Frown Upside Down
Recent Comments
0 | Leave a Comment
"So what's the military situation between the U.S. and the Republic? I imagine if the ..."
Ian Kacprzak Commonwealth, II.XVII: Intentional Simplicity
"https://en.wikipedia.org/wi..."dogma""
J-D The Coming Age of RNA Vaccines
"A warning needle prevents disease;Expires a fire more dire than war;Your body's on guard, your ..."
paradoctor The Coming Age of RNA Vaccines
"I imagine there would still be plenty of work for, considering that even today much ..."
Ian Kacprzak Commonwealth, II.XVI: The Means of Production
Browse Our Archives
get the latest from
Daylight Atheism
Sign up for our newsletter
POPULAR AT PATHEOS Nonreligious
1