Is There Room for Everyone in Steven Pinker’s Enlightenment? 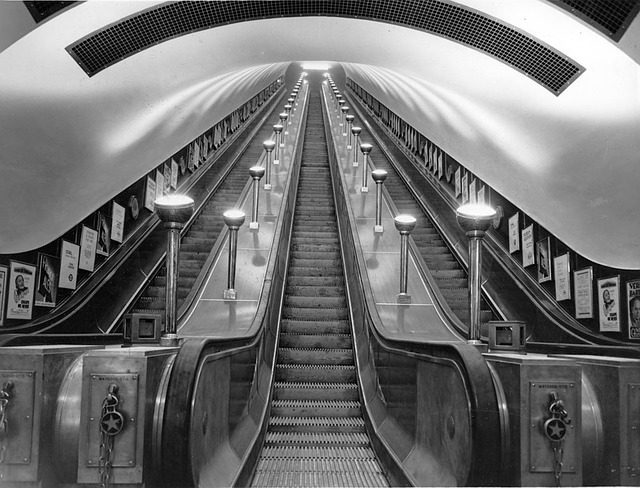 In 2012, I wrote about Steven Pinker’s book The Better Angels of Our Nature. On balance, I agree with his thesis that a trend of progress is visible across the sweep of history. Over the centuries, human beings have become less violent, less bigoted, more compassionate, more enlightened, more free, and that’s an accomplishment worth celebrating.

Granted, some arguments made in the book are questionable. I later found out about one egregious example in which Pinker “proves” that rape on college campuses has declined – by uncritically citing right-wing anti-feminists who believe rape is largely a myth.

I haven’t read Pinker’s newest book, Enlightenment Now, but it seems to be attracting much fiercer criticism. A case in point is an essay by Nathan J. Robinson in Current Affairs, which offers a detailed critique that I want to discuss.

Despite the inflammatory title of Robinson’s essay, which leaves him open to charges of hypocrisy (“the world’s most annoying man”, seriously?), he calls attention to something worth noticing: although Pinker styles himself a dispassionate scientist and dismisses his critics as overly emotional or irrational, he himself often attacks them using shockingly over-the-top pejorative language. Robinson cites this astonishing quote from Enlightenment Now, among others:

“Starting in the 1970s, the mainstream environmental movement latched onto a quasi-religious ideology, greenism, which can be found in the manifestoes of activists as diverse as Al Gore, the Unabomber, and Pope Francis… Greenism is laced with misanthropy, including an indifference to starvation, an indulgence in ghoulish fantasies of a depopulated planet, and Nazi-like comparisons of human beings to vermin…”

Yes, you just saw Steven Pinker equate Al Gore to the Unabomber, implying that both are Naziesque advocates of mass death. Even though Gore wrote a book titled The Assault on Reason, that apparently isn’t enough to mark him as a friend of the Enlightenment in Pinker’s eyes. (It’s not clear what specifically Gore has said that Pinker finds so objectionable.)

This is an illustration of the lamentable tendency among New Atheists to proclaim themselves the only people who care about logic or facts. It’s not just Pinker who does this: Sam Harris is another one who believes the Imprimatur of Reason is stamped on every half-baked proclamation that comes out of his mouth, and then there’s, well, you know.

Obviously, I believe the Enlightenment is a good thing. But assuming that only you and people who share your politics are the true heirs of “Enlightenment values” is as absurd as it is arrogant. The Enlightenment itself was far from monolithic! It included advocates of democracy and of monarchy, religious apologists and skeptics, utilitarians and deontologists, abolitionists and those who perpetuated slavery, feminists and upholders of patriarchy. Any sweeping change in society entails fierce debate, and it’s ridiculous to imply that the credit for all good things throughout history can be assigned to just one ideology.

Another on-point critique in Robinson’s article bears on a phenomenon I call “the march of progress” – the way religion fights as hard as it can against social justice and moral reform, and when it finally loses that battle, the next generation turns around and claims credit for those advances as if their faith had supported them from the beginning, all while continuing to oppose the next wave of moral progress. Regrettably, Pinker engages in the secular version of this.

I’ve noted this before in regard to Pinker’s swipe at the March for Science. When they put out a statement about the importance of diversity, he called it “anti-science PC/identity politics/hard-left rhetoric”. At the time, I wondered just what he thinks science is, if he considers it hard-left anti-science political correctness to say that anyone can be a scientist and that good ideas can come from anywhere.

But he takes it further in the new book, especially when it comes to feminism. This is especially disappointing because I thought Better Angels did a superb job of showing why feminism is so important: it’s not just the reduction of evils like rape and domestic violence, but that greater political and cultural power for women results in a more peaceful world.

However, Pinker seems to believe that while past feminism was an invaluable ingredient of moral progress, present feminism is a bunch of man-hating whiners pushing identity politics. He scoffs at “social justice warriors who downplay individual rights in favor of equalizing the standing of races, classes, and genders”.

This is just a dressed-up version of the toxic right-wing lie that social-justice advocates want to purge qualified white men and replace them with ignorant minorities. It ignores the abundant evidence of ongoing bias which holds back qualified people of all backgrounds. In dismissing this evidence, Pinker is clinging to the presentist fallacy that all necessary moral progress has already been achieved and we have nothing left to do except tidying up around the edges.

“An axiom of progressive opinion, especially in universities, is that we continue to live in a deeply racist, sexist, and homophobic society — which would imply that progressivism is a waste of time, having accomplished nothing after decades of struggle.”

This leads into Robinson’s conclusion, which makes a powerful argument for why just pointing to progress isn’t adequate:

So, if poor people globally are getting “less poor,” then we can conclude that Capitalism, Democracy, and Science are doing a good job. But you should not measure your success against what came before, you should measure it against what you ought to have been doing and could be doing. “Better” does not actually mean “good,” and it might well be that even if things improve, if they still fall unacceptably short of what we are capable of, there is no reason to diminish one’s amount of outrage.

It’s a tricky balance to strike, recognizing and celebrating progress that’s occurred without diminishing our sense of righteous outrage and urgency toward the evils that remain. Any too-easy optimism may encourage people to gloss over suffering and injustice, or to treat them as irrelevant against the larger narrative of history. We shouldn’t settle for reassurances that our present system is “good enough”; we should ask what’s the best we could be doing, and then strive to come as close to that as possible.

This especially matters because moral progress isn’t permanent; it can be undone or rolled back. And we’re living amidst a tide of rising fascism, inequality and climate catastrophe that threatens the gains of the past on every side. The message of a book like this shouldn’t be “The world has gotten better and will keep getting better, so don’t complain so much” – but rather, “Change for the better is real and possible if people of good will fight for it, so don’t stop fighting.” 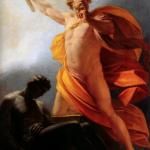