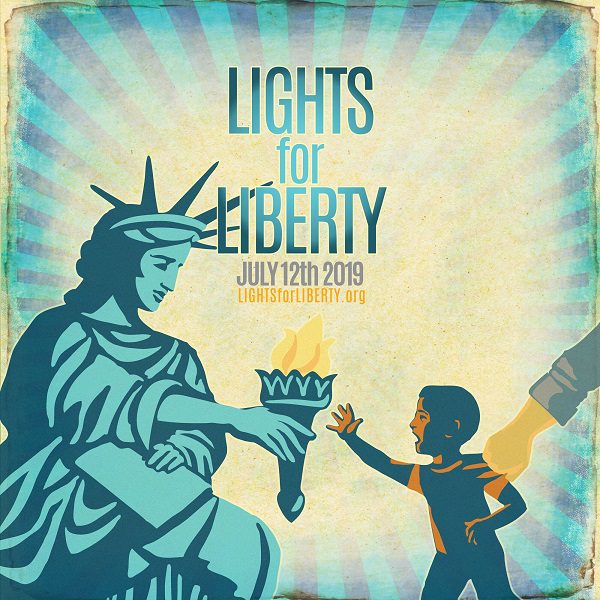 In just the few days since I wrote my post about American concentration camps, the situation has gotten even worse. We’ve seen a searing image of a father and his 2-year-old daughter who drowned together while crossing the Rio Grande [WARNING: disturbing photo].

Meanwhile, the Office of the Inspector General has released photos of horrific overcrowding in detention camps. Members of Congress who toured the facilities reported, among other things, women imprisoned in cells with no running water and being told to drink out of toilets. We’ve also heard about a secret Facebook group where thousands of Border Patrol agents share vile and violent racist memes.

Next Friday, dozens of activist groups across the country are hosting Lights for Liberty, a series of candlelight vigils to speak out against this evil being done in our names. Here’s the press release:

On Friday July 12th, 2019, Lights for Liberty: A Vigil to End Human Detention Camps, will bring thousands of Americans to detention camps across the country, into the streets and into their own front yards, to protest the inhumane conditions faced by refugees.

As of today, Lights for Liberty vigils are scheduled in seventy-five locations around the United States and the world, with new locations being added daily.

Activists and impacted persons will speak on the issue of human detention camps in the United States. At 9 p.m., around the country and around the world, participants will light candles in a silent vigil for all those held in US detention camps to bring light to the darkness of the Trump administration’s horrific policies.

“We shine a light on the inhumane treatment of migrants and refugees by the current administration. To be silent is to be complicit. To sit this out is to be complacent. Now is a time to stand for what is best in all of us, to stop the worst of us. We must stand for one another. At New Sanctuary Coalition, we hold in our hearts a vision of a world worth fighting for,” said Ravi Ragbir, Executive Director of New Sanctuary Coalition.

“People of color are targets of this administration’s deliberately cruel immigration enforcement policies,” said Nicole Lee, co-founder of the Black Movement Law Project. “We stand vigil with Lights for Liberty and in solidarity with all those in detention camps, and against this administration’s profound racism and xenophobia.”

“I’ve been inside these camps, and the conditions are beyond description. Twenty-four adults and six children that we know of have already died as a result,” said Toby Gialluca, lawyer, activist and member of the organizing team of Lights for Liberty. “The world must take a stand against this administration and stop these camps before more lives are lost.”

I’ll be attending one of these vigils in Garden City, New York. There will be speakers from local clergy, including the Ethical Humanist Society, and immigrant-rights activists. Here are the details:

If you’re in the area, you can come too. If not, you should consult the listing page to find the one nearest you. You can also contact your congressional representatives and donate to charities engaged in human-rights activism and humanitarian work; this page has details and more suggestions. When history comes to judge us, let us be able to say that we were not silent. 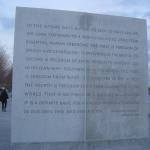 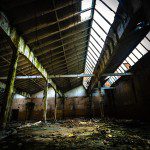