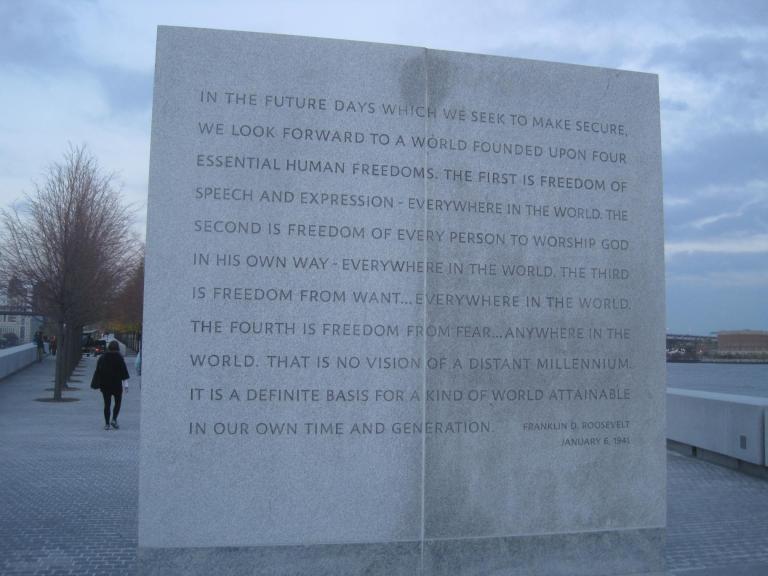 Freedom of religion means that nobody — not the government nor the surrounding culture — can tell you what to believe. All people are free to reach their own conclusions about faith.

Let’s ponder the many, many battles that won this precious right:

In past centuries, religious wars, persecutions and cruelties were common. Crusades against Muslims, Reformation wars between Catholics and Protestants, pogroms against Jews, Inquisition tortures of nonconformists, witch hunts, eradication of Anabaptists, bloody jihads, etc. — history is full of horrors.

Physician-scholar Michael Servetus, who discovered the pulmonary circulation of blood, was burned at the stake in Calvinist Geneva in 1553 for doubting the Trinity. His own books were used for his pyre. Philosopher-scientist Giordano Bruno was burned in Rome in 1600 for teaching that the universe is infinite, with many stars that might be accompanied by planets.

The Enlightenment gradually changed western civilization, instilling a new sense that faith is personal, not to be dictated by authorities. It slowly bred the separation of church and state, forbidding the use of government force to impose beliefs. But many, many struggles were required to achieve freedom of religion. Here’s an example:

When Quakers first began expressing their emotional beliefs in the 1600s, England’s ruling Puritans under Oliver Cromwell denounced and persecuted them. Many fled to the New World — unfortunately to Puritan Massachusetts, where they were persecuted anew. Massachusetts law required that all residents attend Puritan worship.

In 1658 the Massachusetts legislature decreed that Quakers must be banned, on pain of death. Quakers arriving by ship were seized and jailed, and their books burned.

But Quakers stubbornly defied expulsion, returning repeatedly to hold worship services in homes. Persecution intensified. New laws decreed that Quakers would be flogged, or have their ears cut off, or their foreheads branded, or their tongues burned through by a hot iron. Any resident who sheltered a Quaker was fined.

Quaker resistance finally forced a showdown. In 1659, three unrepentant Quakers — Marmaduke Stevenson, William Robinson and Mary Dyer — were tried on capital charges and sentenced to death. The two men were hanged in Boston Commons on Oct. 27, 1659, but the woman was reprieved and banished. However, she stubbornly returned to defy the Puritan law, and was hanged in 1660. The following year a fourth Quaker, William Leddra, also was hanged.

By this time, some Massachusetts Puritans were becoming revolted by the cruelty of their colony and tried to soften Quaker punishments. In 1661 King Charles II ordered the colony to halt executions. He sent a royal governor who passed a Toleration Act allowing some believers to hold unorthodox beliefs. It was a breakthrough for freedom of religion.

Peaceful acceptance of all sorts of religious views is a central belief of liberals, who contend that government shouldn’t inflict punishments to enforce any doctrine. Separation of church and state was locked into the First Amendment of America’s Bill of Rights.

Virginia’s historic Statute for Religious Freedom, written by Thomas Jefferson in 1777 and finally passed in 1786, declares “that no man shall be compelled to frequent or support any religious worship, place, or ministry whatsoever, nor shall be enforced, restrained, molested, or burthened in his body or goods, nor shall otherwise suffer on account of his religious opinions or belief; but that all men shall be free to profess, and by argument to maintain, their opinion in matters of religion.”

Similar guarantees of church-state separation were written into France’s Rights of Man and the Citizen, and into the Universal Declaration of Human Rights adopted by the United Nations.

By coincidence, the first Boston Quakers were hanged on Oct. 27 — the same calendar date that skeptic Michael Servetus was burned in Geneva. So that date eventually was adopted for International Religious Freedom Day, one of many observations little-known to the public. Meanwhile, America has a different Religious Freedom Day, Jan. 16, marking the date that Jefferson’s statute was signed into law.

My state of West Virginia was involved in another religious freedom breakthrough, as follows:

During the patriotic fervor of World War II, some Jehovah’s Witnesses in the Mountain State enraged neighbors because they refused to salute the flag and wouldn’t let their children do so in public schools. They said their religion required them to swear allegiance only to God. Public anger caused some West Virginians to brutalize or humiliate Witness families.

Witness children in Charleston were expelled from school for their “unpatriotic” behavior. But the American Civil Liberties Union and a fiery old Charleston lawyer named Horace Meldahl fought their case all the way to the U.S. Supreme Court, which ruled in favor of the children in a famed 1943 decision (West Virginia State Board of Education v. Barnette). The court said personal beliefs are “beyond the reach of majorities and officials.” Justice Robert H. Jackson wrote eloquently:

“If there is any fixed star in our constitutional constellation, it is that no official, high or petty, can prescribe what shall be orthodox in politics, nationalism, religion, or other matters of opinion, or force citizens to confess by word or act.”

Today, freedom to believe as one wishes is locked securely in the heart of democracy.

(Haught is editor emeritus of West Virginia’s largest newspaper, The Charleston Gazette-Mail. This column appeared in his newspaper on Aug. 7, 2016, and was distributed nationally by two syndicates. It was reprinted in his 11th book, Hurrah for Liberals.) 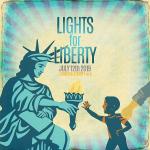 July 3, 2019 Lights for Liberty
Recent Comments
0 | Leave a Comment
"they avowed their certainty that Jesus would bring her back to life:Despite this not being ..."
Bob Seidensticker The Strange Sad Story of Olive ..."
"...currently every single link in the "Trending at Patheos Nonreligious" is to a "I'm moving ..."
OverlappingMagisteria Announcing: OnlySky
"I've already signed up on Jonathan Pearce's site. Looking forward to the new digs."
ORAXX Announcing: OnlySky
"Interesting. Although if Andrew Hall is coming along, I hope the new site will make ..."
bificommander Announcing: OnlySky
Browse Our Archives
Related posts from Daylight Atheism