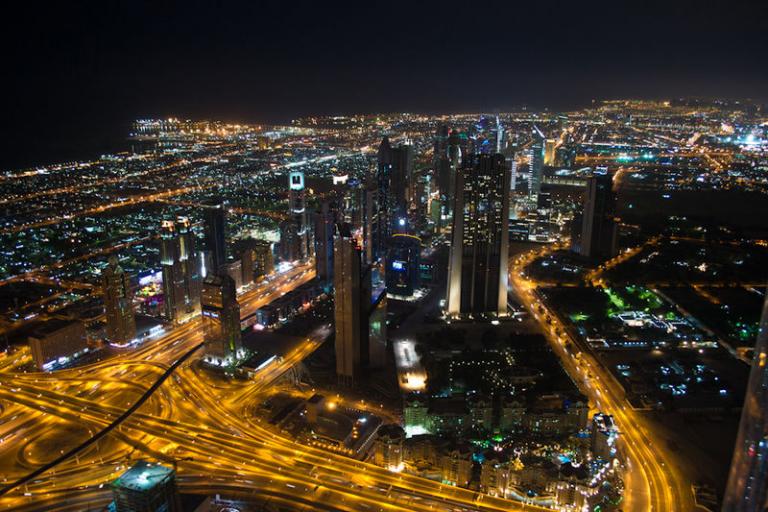 First, a quick prelude: Did you see my announcement about my forthcoming book, Commonwealth? If you’ve been enjoying these reviews, you’ll want to read it!

After two and a half years, I’m almost finished with The Fountainhead. There’s one more chapter after this, and then I’ll review the 1949 film version. Before moving on to the final chapter, I want to say a bit more about Gail Wynand’s last statement to Howard Roark:

“If you consider the behavior of the world at present and the disaster toward which it is moving you might find the undertaking preposterous. The age of the skyscraper is gone. This is the age of the housing project. Which is always a prelude to the age of the cave. But you are not afraid of a gesture against the whole world. This will be the last skyscraper ever built in New York. It is proper that it should be so. The last achievement of man on earth before mankind destroys itself.”

The Fountainhead was published seventy-five years ago, and it would appear that Ayn Rand’s doomsday prediction hasn’t come to pass. We’ve had housing projects for decades, and humanity hasn’t ceased building skyscrapers, much less destroyed ourselves and regressed to living in caves. It seems, contrary to Rand’s beliefs, that different political and artistic ideologies can coexist indefinitely without one annihilating the other.

However, it does seem fair to say that New York City is no longer the skyscraper capital of the world. If you want to see the most “preposterous” undertakings on Earth, one place suggests itself: the United Arab Emirates city of Dubai.

Built on oil and gas wealth, Dubai has grown in just a few decades from a sleepy, remote fishing village into an enormous, sprawling metropolis. It flaunts one absurdity after another: ATMs that dispense gold bars, an indoor ski slope, a luxury hotel built offshore on an artificial island, an artificial archipelago shaped like a palm tree, and, of course, the world’s tallest skyscraper: the 2,700-foot, 163-story Burj Khalifa. And all this wild, glitzy extravagance exists amid the merciless desert of the Arabian Peninsula, which experiences 120-degree temperatures in summer and less than four inches of rain a year.

It’s a city where a starry-eyed, square-faced Objectivist would fit right in, and not just because it showcases the most ludicrous excesses of capitalism or because it has the world’s largest carbon footprint per capita. It’s also because Dubai’s legal code is little changed from its origins in sharia and absolute monarchy, and when it comes to business matters, it’s harsh verging on feudal.

Dubai’s labor laws are so oppressive they amount to virtual slavery, with no recourse for migrant workers who are abused, beaten or cheated by their employers. It’s also a criminal offense not to pay back debt, resulting in a plague of luxury cars abandoned at airport car parks by bankrupt owners skipping the country to avoid prosecution. It’s not hard to imagine Ayn Rand nodding approvingly at measures like these.

And Dubai has one more thing going for it, from an Objectivist perspective: very little of that nasty, socialist “infrastructure” stuff. The Burj Khalifa was built with no connection to the city’s overwhelmed sewage system, which means that for years, daily fleets of trucks had to haul away human waste from the world’s tallest building, often forming massive traffic jams as they waited in line to get into the treatment plants. A more recent article says that the city is currently building a massive new municipal sewer system which it’s hoped will alleviate this problem.

Wynand seemed confident that a towering skyscraper would be the “last achievement of man on earth before mankind destroys itself”. It never crossed Rand’s mind that these things might be linked: that massive, wildly ambitious, extravagantly wasteful developments like Dubai are accelerating the climate change that poses the greatest threat to civilization.

This article from National Geographic is about how Dubai, of all places, is trying to go green. It’s true that they have access to near-limitless, nearly free solar power to run their air conditioning and their desalination plants. But even that might not be enough:

Dubai and the UAE could easily pioneer that transition. By the time the whole world makes it, however, it may get very hot along the Persian Gulf. In Dubai at the height of summer, people already go outside as little as possible. By 2100, according to one recent study, there may be days so hot and humid that going outside could kill you.

As you’d expect from a city built in a barren desert, water availability is also a choke point, even with the Persian Gulf at hand. After desalinating sea water, the waste product is a hot, concentrated brine that has to be disposed of. The solution until now has been to discharge it back into the Gulf, but that presents problems of its own:

A shallow, almost closed sea, the Gulf is already 20 percent saltier than the ocean, and it’s getting saltier: In addition to the hypersaline brine pouring into it, dams in Turkey and Iraq are diverting fresh water and climate change is increasing evaporation. In time the Gulf could become too salty to desalinate economically or to support much in the way of marine life.

Of course, Dubai isn’t the only city built with blatant disregard for environmental reality. Much the same could be said about, for example, Las Vegas, an equally absurd city in a desert that’s utterly dependent on the shrinking, overtaxed supply of the Colorado River to water golf courses and fill casino fountains.

I bring this all up as an illustration of how incomplete Ayn Rand’s perspective is. According to the philosophy of The Fountainhead, none of this matters: not labor abuses or medieval laws, not subpar infrastructure, not the staggering waste of energy or the looming threat of climate apocalypse. The only thing we ought to care about is whether there are big, impressive buildings there for us commoners to look up at in worshipful devotion.

July 12, 2019 Friday Night Music: We All Need Someone
Recent Comments
0 | Leave a Comment
"Let's just say that Owen was inspired by actual people I've conversed with on the ..."
Adam Lee Commonwealth, XXIII: Broken Windows
"I want to say Owen’s glib dismissal of ordinary people’s problems is an unkind straw ..."
Nathaniel Commonwealth, XXIII: Broken Windows
"Easier said than done, especially if you have been reared in one. It's the mental ..."
Connie Beane Abuse Among the Amish
"Sadly, in some of these religious sects, the ones who eventually wind up in control ..."
Connie Beane Abuse Among the Amish
Browse Our Archives
Follow Us!