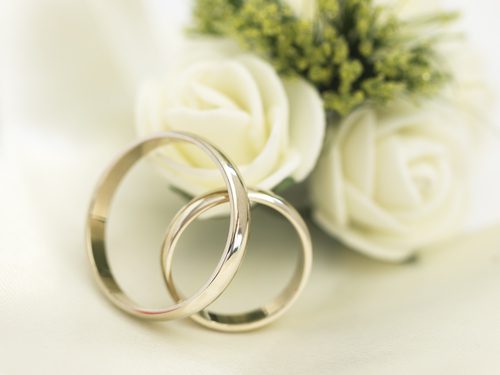 Christian fundamentalists belatedly discovering the contradictions of their belief system is an evergreen genre. In 2018, there was Josh Weed, the gay Mormon who figured out too late that marrying a woman might not have been the best idea. In 2015, there was the revelation that Quiverfuller and professional sex scold Josh Duggar was cheating on his wife.

Now, yet another Josh has fallen from grace:

Joshua Harris announced today that he is not a Christian according to traditional definitions of Christianity. His announcement comes days after announcing he and his wife are separating.

“The information that was left out of our announcement is that I have undergone a massive shift in regard to my faith in Jesus,” Harris writes on Instagram. “The popular phrase for this is ‘deconstruction,’ the biblical phrase is ‘falling away.’ By all the measurements that I have for defining a Christian, I am not a Christian. Many people tell me that there is a different way to practice faith and I want to remain open to this, but I’m not there now.”

In evangelical and ex-evangelical circles, Harris is famous as the author of I Kissed Dating Goodbye, a 1997 book which condemned not only extramarital sex, but dating. Instead, according to Harris, Christians should follow the “courtship” model where young people have their spouses picked for them by their parents. Many evangelical teenagers who followed this theology wound up getting married to people they’d never hugged, kissed, or even been alone with.

This was at the height of evangelicalism’s obsession with premarital sex and virginity. Harris’ book was one manifestation of a wave that was cresting around that time, like the Silver Ring Thing and purity balls. But his theology was even more extreme than those others, which may have helped it to stand out. He asserted that any romantic relationship or sexual attraction that didn’t end in marriage was the equivalent of infidelity.

The most eyebrow-raising fact about this story is that Harris was just 21, and unmarried, when he wrote IKDG. He had neither personal experience nor professional expertise that would qualify him to make sweeping statements about the way humans are meant to live. He was parroting what he had been taught by his insular fundamentalist culture, nothing more. But precisely because he was such a useful puppet for those views, the book was a hit. It probably didn’t hurt that his father, Gregg Harris, was a leader in the homeschool movement.

But, as you’d expect from someone who wrote a manifesto on life when he was 21 years old and knew nothing beyond what he had been indoctrinated to believe, Harris’ views evolved and mellowed with time. In 2015, he stepped down from his job as a megachurch pastor, which he had secured on the back of his book’s success, to attend seminary – which was something he hadn’t thought necessary until then.

Last year, he issued a statement disavowing the central idea of his book. He even participated in a documentary about how it had harmed people – although several critics denounced it, saying he was more concerned with deflecting blame than with genuinely listening to victims.

Now Harris has gone farther. In his latest announcement, he doesn’t come out and say he’s become an atheist, although he hints at it. Most noteworthy is this line:

I have lived in repentance for the past several years — repenting of my self-righteousness, my fear-based approach to life, the teaching of my books, my views of women in the church, and my approach to parenting to name a few. But I specifically want to add to this list now: to the LGBTQ+ community, I want to say that I am sorry for the views that I taught in my books and as a pastor regarding sexuality. I regret standing against marriage equality, for not affirming you and your place in the church, and for any ways that my writing and speaking contributed to a culture of exclusion and bigotry.

I have to admit I’m impressed by this. It’s a forthright statement of responsibility and contrition, not an “I’m sorry if I was misunderstood” notpology. He had to know it would attract fury and threats of hellfire from his former allies (and it has).

On the other hand, words alone don’t undo the harm suffered by people who were coerced into miserable or abusive marriages because of Harris’ theology. My Patheos colleague Libby Anne, who grew up in that culture, points out that Harris is trying to rebrand himself as a marketing consultant, touting his old books – which he’s disavowed as false and harmful – as proof of his ability “to use story to reach an audience”. And none of this even touches on the question of Harris’ involvement in a child sex-abuse coverup that hit his former church while he was at the helm.

Whatever you think of Harris the person, however, his story demonstrates the failure of the ideas he taught for so long. In a secular context, his divorce would be no big deal. We recognize that people grow and change and that a relationship isn’t a failure just because it ends. But a theology which teaches that any less-than-lifelong romantic attachment permanently damages your ability to love is an impossible standard that’s setting up its adherents for inevitable failure. It takes life experience and emotional maturity to create strong relationships and healthy marriages, and shared religious beliefs aren’t a shortcut. 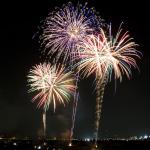