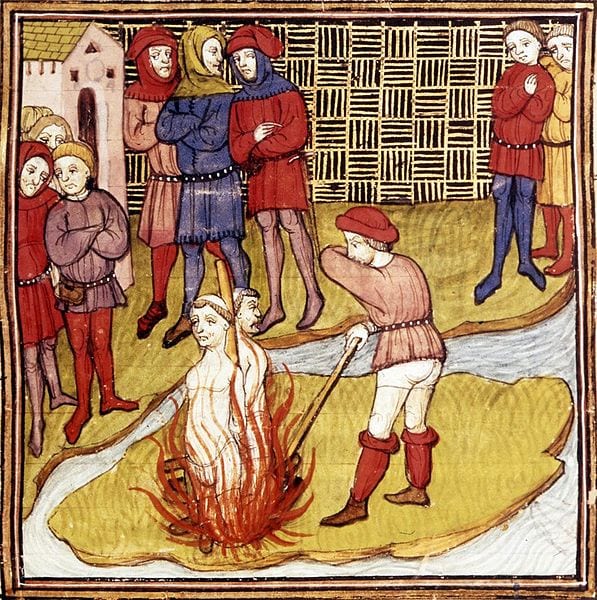 Throughout history, a clear pattern is visible: Religious believers sometimes kill doubters or throw them into prison as criminals.

It began in Ancient Greece, the first known place where scientific-minded thinkers questioned supernatural claims. Socrates was sentenced to death for “refusing to recognize the gods” of Athens. Aspasia, beloved mistress of Pericles, was tried for “impiety.” Stilpo of Megara, charged with saying that Athena was “not a god,” joked at his trial that she was a goddess instead. He was exiled. Even the mighty Aristotle was accused, and fled Athens. Others charged included Protagoras, Anaxagoras, Theophrastos, Alcibiades, Andocides and Diagoras.

The Bible demands execution of anyone who criticizes the holies. Leviticus 24 commands: “He that blasphemeth the name of the Lord, he shall surely be put to death, and all the congregation shall certainly stone him.” Jesus taught that blasphemers must never be forgiven.

As Christianity grew, so did killing of nonconformists. Hypatia, brilliant director of the famed Alexandria library, was beaten to death by followers of St. Cyril in 415 C.E.

Under Catholicism, the Holy Inquisition tortured and burned “heretics” – and Protestants later did likewise. Physician Michael Servetus, who discovered that blood flows from the heart to the lungs and back, was burned in John Calvin’s Geneva in 1553 for doubting the Trinity and other dogmas. (Each year, youths at my Unitarian congregation hold a Michael Servetus Weenie Roast in his memory.)

In 1600, Italian thinker Giordano Bruno was burned for teaching heresies such as the infinity of the universe and that Planet Earth circles the sun. Italian thinker Galileo barely escaped the same fate.

In Great Britain, the last person hanged for blasphemy was a 20-year-old Scot named Thomas Aikenhead, who was convicted in 1697 of doubting Christ’s miracles and other parts of the Bible.

In 1766 at Abbeville, France, rebellious adolescent Francois-Jean de La Barre was charged with marring a crucifix, singing irreverent songs and wearing his hat as a church procession passed. He was sentenced to have his tongue cut out, be beheaded and burned. Voltaire tried to prevent the hideous punishment, but failed. A copy of Voltaire’s Philosophical Dictionary was nailed to the youth’s body.

The rise of the Enlightenment gradually erased the power of believers to kill doubters in the West. But blasphemy laws continued sending them to prison. In the early 1800s, poet Percy Shelley was expelled from Oxford and denied custody of his two children because he wrote a pamphlet, The Necessity of Atheism. American preacher Abner Kneeland, who grew disenchanted with supernatural dogmas, was jailed in 1838 by a judge who called him “an inflexible heretic.” As a young rebel, flamboyant P.T. Barnum printed a weekly paper that denounced religious “blue laws.” He was jailed for libeling church leaders. Upon release, the future circus king staged a homecoming parade for himself.

Although killing skeptics faded in the West, no such relief occurred in Muslim lands, where slaughter remains common. Currently, 13 Islamic nations decree death for atheism. Any allegation of blasphemy can bring horror – if not by courts, then by mobs of enraged believers.

Bangladesh is notorious for Muslim assassinations of skeptic bloggers. Secular writer Shahzahan Bachehu was shot to death in 2018. Popular secularist Avijit Roy was hacked to death in 2015. That same year, two other anticlerical bloggers, Faisal Dipan and Niloy Neel, were murdered. Authorities say an Islamic extremist group had a “hit list” of skeptics to be killed.

A Pakistani university student, Mashal Khan, was lynched by classmates in 2017 because he wrote vaguely agnostic thoughts on social media.

The Universal Declaration of Human Rights – drafted by world figures led by Eleanor Roosevelt and adopted by the United Nations in 1948 – guarantees everyone everywhere “freedom to change his religion or belief.” But this guarantee is contradicted horribly by national laws decreeing death for doubt and by believer mobs who murder skeptics.

Around the world today, thousands of freethought groups oppose supernaturalism. In the West, their members generally are safe – although some laws criminalize “defamation of religion.” For example, an Austrian woman was convicted of “publicly disparaging religious doctrines” because she said in a forum that Muhammad’s marriage to a six-year-old girl constituted pedophilia. In 2018, the European Court of Human Rights upheld her conviction.

And in some Islamic lands, it’s still grotesquely true that believers kill skeptics. 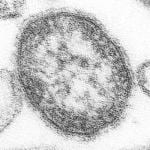