Today’s post is a prelude to my upcoming novel Commonwealth. This week and next week, I’m discussing themes and ideas that will be explored in the book.

As of today, the Patreon is live! Check it out:

I’m publishing Commonwealth in serialized form, starting next week. There’ll be excerpts on this site and full installments on Patreon. If you just want to read the book, you can subscribe for only $1 a month, and you won’t even be charged until October. But there are higher tiers where I’ll post behind-the-scenes material, footnotes and scenes from the cutting room floor.

The first installment of Commonwealth will be posted next Friday. If you’re intrigued, now’s the time to sign up!

Where are we going?

Glaciers are melting and ice sheets are collapsing. Coral reefs are bleaching and dying. Coastal cities are flooding as seas swell and rise. Hurricanes, floods and wildfires are becoming more frequent and more extreme. Countries are sweltering in deadly heat waves. In the near future, scientists warn, we’re facing mass extinctions, megadroughts disrupting agriculture, island nations disappearing, and the forced migration of tens of millions of people, overwhelming national borders and leading to famines and wars.

Our civilization has grown to depend on cheap energy from the burning of fossil fuel. But we were heedless, believing we could belch our waste products into the air indefinitely. Now we’re choking on them, just like the ancient bacteria that changed the composition of the atmosphere and all but wiped themselves out.

And yet, even now that the consequences are clear, we haven’t changed course. Part of the problem is that any individual action is so inconsequential, compared to the staggering scale of the crisis. You could go vegetarian, or put solar panels on your roof, or buy an electric car – but none of those steps will make any difference when millions of others aren’t doing the same.

Even drastic steps seem futile, like this climate scientist who’s buying land for a tree-planting project. He’s aiming to mitigate his entire lifetime’s worth of carbon emissions, in the full knowledge that this will never scale:

Years of saving, a large dollop of luck and an even larger loan made me and my wife the nervous owners of 28 hectares of rough grassland and wild rocky shores in the west of Scotland. The coming years will see us map every baseline carbon stock and flux, from the soil and vegetation, to the bemused sheep and ‘blue carbon’ of the seaweed beds… We’ll then plant trees. Lots of them — native tree species that will boost biodiversity, draw down carbon dioxide and withstand the inevitably turbulent decades and centuries to come.

…We are embarking on a privileged journey that billions could never hope to take, and that, even at its emissions-trapping best, will hardly register in Scotland’s national carbon account.

The harsh logic of the prisoner’s dilemma ensures that individual efforts will never suffice to stop global warming. We need change at the civilizational level. But that’s hard enough to coordinate when everyone agrees on the threat. It’s nearly impossible when there are millions of people who deny, for ideological reasons or simply because their paychecks depend on it, that climate change is happening at all.

It’s bad enough that civilization is careening toward catastrophe, but the perception that we’re not doing anything to stop it – or at least, nowhere near enough – is fueling “climate despair“. It’s the nihilistic belief that we’re doomed and nothing will change that, so we might as well resign ourselves to our fate – as if the world has already ended, and we’re the mourners at the funeral.

Some people even believe that we deserve what we get. You can see it on Reddit forums like r/collapse, which take a vengeful satisfaction in cataloguing signs of the apocalypse. Some of this stems from the perennial fantasy that you can prepare so when the world ends, you’ll be among the elect who survive, and then you’ll get to rebuild it however you like.

But many in the pro-collapse faction don’t even expect their own survival. I don’t mean to draw a facile comparison, but I think it has a lot in common with the thought process of the suicidal. It’s the belief that even when no other kind of victory is possible, you can always win a moral victory: “You’ll see that I was right when it’s too late. Then you’ll be sorry!”

Since I have a young child, you can imagine I have a lot of feelings about this.

I can’t condemn anyone too harshly for feeling dispirited, because I oscillate between optimism and pessimism myself. On the one hand, humanity has faced existential threats before and survived. On the other hand, it would be obvious folly to assume that this means we’ll always be okay.

But I can’t condone surrender. It’s true that we’ve already passed the point where climate change can be completely prevented. Much is going to be lost, and it’s right to grieve for that loss. But you can’t let grief bog you down in fatalism. If you give in to despair and cease trying to make a difference, pessimism becomes a self-fulfilling prophecy.

Climate change isn’t an all-or-nothing proposition. Every bit of carbon we keep out of the atmosphere makes the damage less bad than it would have been. And I tend to think that as the problem worsens, countries at the most risk will start unilaterally pumping sulfate aerosols into the sky to cool the planet – not ideal, and not a long-term fix, but it could buy us the time we need.

Besides, I believe humanity is worth fighting for. However bleak the future seems from where we stand, the torch we carry is too precious to surrender without a struggle. If we lose, well, we’re no worse than we would have been. But if we win, the prize is so much more than the preservation of what we already have. We can create a better world, where we live in harmony with nature rather than at its expense.

Imagine: no pipelines slashing across the land, no tankers spilling poisonous slicks into the sea, no shrouds of smog choking our cities, no mountains torn down and plowed under. In place of these relics of a cruder age, we could have a world of sun and wind, where cities are gardens and the energy to power civilization literally rains from the sky, freely available to all.

“Climate change — if treated as a true planetary emergency akin to those rising flood waters — could become a galvanizing force for humanity, leaving us all not just safer from extreme weather, but with societies that are safer and fairer in all kinds of other ways as well,” she writes. “The resources required to rapidly move away from fossil fuels and prepare for the coming heavy weather could pull huge swaths of humanity out of poverty, providing services now sorely lacking, from clean water to electricity. This is a vision of the future that goes beyond just surviving or enduring climate change… It is a vision in which we collectively use the crisis to leap somewhere that seems, frankly, better than where we are right now.” (source)

The odds may be long, the road ahead may be hard, but this future hasn’t slipped from our grasp.

As I’ve written, it’s very likely that there will be an overshoot, which means it will fall to future generations to clean up the world and repair the damage done by us, their spendthrift ancestors. Healing the air, the sea and the land will be the greatest collective mission that humanity has ever embarked on.

We who live in the present can contribute to that grand planetary rescue mission. Every victory we win, even the small ones, makes the future’s job easier. But we can’t do even that much if we waste time wallowing in despair. 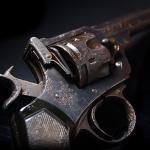