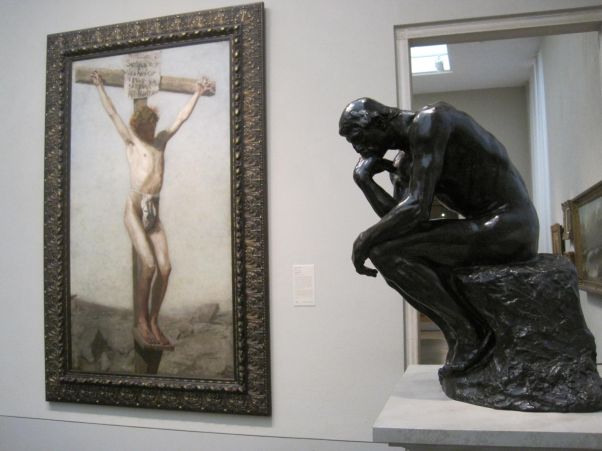 The supernatural spectrum is immense:

All these magical beliefs have a common denominator: They lack tangible evidence. You can’t test supernatural claims; you’re supposed to accept them by blind faith. Their only backup is that they were “revealed” by a prophet, guru, astrologer, shaman, mullah, mystic, swami, psychic, soothsayer or “channeler.”

That’s sufficient proof for billions of people. Most of humanity prays to invisible spirits and envisions mystical realms. Most politicians invoke the deities. Supernaturalism pervades our species, consuming billions of person-hours and trillions of dollars. Millions of prayers to unseen beings are uttered every hour, and millions of rituals performed. This extravaganza requires a vast array of priests and facilities. The cost is astronomical. Americans give $80 billion a year to churches and broadcast ministries – more than the national budgets of many countries. Other investment is enormous: Americans spend $300 million a year on psychic hot-lines. Angel books and end-of-the-world books sell by millions.

Amid this global mishmash, I want to offer a lonely minority view: I think it’s all fairy tales. Every last shred of it. The whole mystical array, from Jehovah and Beelzebub to Ramtha and the Lemurians, lacks any type of proof – unless you count weeping statues. My hunch is that every invisible spirit is imaginary. Therefore, the planet-spanning worship is expended on nothing.

I think that most intelligent, educated, scientific-minded people suspect that the spirit world doesn’t exist. But they stay silent, because it’s rude to question people’s faith. However, what about honesty? Aren’t conscientious thinkers obliged to speak the truth as they see it? Aren’t logical people allowed to ask for evidence?

Some researchers recently concluded that the human species is “wired” for faith, that our DNA includes coding for mystery. Maybe – but what about exceptions like me and similar doubters? Why doesn’t our wiring cause us to swallow the supernatural?

Millions of Hindus pray over statues of Shiva’s phallus. Ask Presbyterians if they think there’s an unseen Shiva who wants his anatomy utilized in worship.

Mormons say that Jesus was transported to America after his resurrection. Ask Buddhists if they believe it – or if they even accept the resurrection.

Florida’s Santeria worshipers sacrifice dogs, goats, chickens and the like, tossing their bodies into waterways. Ask Baptists if the Santeria gods want animals to be killed.

Unification Church members say that Jesus visited Master Moon and told him to convert all people as “Moonies.” Ask Methodists if this really occurred.

Muslim suicide bombers who sacrifice themselves in Israel are taught that martyrs go instantly to a paradise full of lovely female houri nymphs. Ask Lutherans if past bombers are now in heaven with houris.

Millions of American Pentecostals say that the Holy Ghost causes them to spout “the unknown tongue,” a spontaneous outpouring of sounds. Ask Episcopalians if the third member of the Trinity causes this phenomenon.

Scientologists say that every human has a soul which is a “thetan” that came from another planet. Ask Seventh-day Adventists if this is true.

During the witch hunts, inquisitor priests tortured thousands of women into confessing that they flew through the sky, changed into animals, blighted crops, copulated with Satan, etc. Ask any current church if the execution of “witches” was based on reality.

You see, most believers realize that other religions are bogus. Why do they think their own theology is different? I’m calling for the final step to honesty. If some magical spirits obviously are imaginary, it’s logical to assume that others are similar.

The western world is turning more rational, more scientific. Education is dispelling superstition. Most advanced nations in Europe are abandoning belief in gods, devils, heavens, hells. Church attendance there has dwindled to a tiny fringe. America remains a bulwark of churchgoing – but educated Americans don’t really expect divine intervention. If their children get pneumonia, they trust penicillin over prayer.

As for the familiar contention that supernatural beliefs make people more moral and humane, do you really think that Pat Robertson and Jerry Falwell are ethically superior to non-religious Americans?

Polls find that the more education people have, the fewer their religious convictions. Therefore, the educated are the natural group to break away from magic. I’d like to see a revolt by the intelligent against myths.

Generally, the educated class laughs at quacko miracle reports, but not at the prevailing majority religion. However, there’s no logical reason to consider one supernatural claim superior to another. No matter how much it’s cloaked in poetry and allegory, religion consists of worshiping spooks – imaginary ones, in my view.

The time has come for thinking Americans to say, publicly and bluntly: There’s no reliable evidence of invisible spirits. Worshiping them is a waste of time and money. Instead, let’s use our minds to improve life for people here and now. Fairy tales came from the primitive past, and they have no place in the 21st century.

(Haught is editor emeritus of West Virginia’s largest newspaper, The Charleston Gazette-Mail. This column was distributed by Featurewell and appeared in several publications around America in 2001 and 2002.)

October 25, 2019
Commonwealth, VI: "Are You Doing Your Part to Procreate?"
Next Post