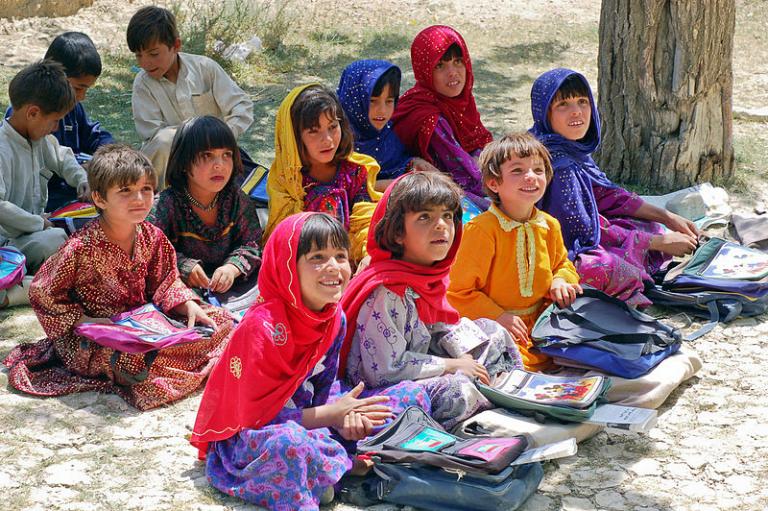 With the climate crisis pressing on us, we need to do everything we can to reduce the burden we put on the Earth. So what about the growing human population? Isn’t it the elephant in the room?

Happily, this may not be as large a problem as it seems. As Hans Rosling argues in his book Factfulness, which I reviewed last week, humanity’s rapid population growth isn’t a Malthusian catastrophe in the making. It’s an artifact of the transition between two eras.

In the agricultural, pre-industrial era, families are large: both because women don’t have the education, the autonomy, or the access to contraception to decide for themselves how many children to have, and also because without modern medicine, childhood mortality is high. People have to have lots of kids to ensure that some will survive. That’s why in this stage of society, population grows very slowly or not at all, despite high fertility rates.

As Rosling puts it:

Beginning in the mid-twentieth century, there was a revolution of development and progress. Thanks to vaccines, better sanitation and other advances, child mortality rates plummeted. This change swept across the world in a single generation – so quickly that it overtook societies where people were still having lots of kids in accord with the old assumptions. But, for the first time ever, most or all of those children survived to adulthood and went on to have kids of their own. This created a baby boom, which is where our population growth is coming from.

The good news is that, as societies transition to the industrial and post-industrial era, as people become wealthier and better educated, they choose to have fewer children. This is a pattern that’s held true in every nation and every culture where the transition has happened.

In the mass media we sometimes see examples of very religious people, whether living in traditional ways or leading seemingly modern lives, who proudly show us their very large families as evidence of faith. Such documentary films, TV shows, and media reports give the impression that religion leads to much larger families. But whatever their religion – whether they are Catholics, Jews, or Muslims – these families share one quality. They are the exceptions!

The world fertility rate, which was around 5 children per woman as recently as 1965, began a swift decline soon thereafter. Today, it’s 2.5 globally, the lowest it’s ever been, and there’s no significant difference across cultures. Natalist and anti-choice religions are fighting a losing battle against the cultural tide, as I pointed out in a post from 2017.

The population today is 7.7 billion and growing. But the annual number of births has already peaked, and the growth curve is flattening. If current trends hold, U.N. demographers predict that the population will level out between 10 and 12 billion people by the end of the century. We’ve already passed the point of “peak child“.

This is an important conclusion, given how many Westerners wag their fingers at people in India, China and the nations of sub-Saharan Africa for supposedly using up too much of the planet’s resources. It’s true that most of the already-baked-in future population increase will come from these places.

But it’s untenable – if not racist – to argue that, for the sake of the world, we have to force those people to have fewer kids or to consume less. That’s the point of an excellent editorial in the November 2019 issue of Sierra, the Sierra Club’s magazine, which focuses on gender equality and reproductive justice through an environmental lens:

A couple of years ago, Sierra published a feature about Constance Okollet, a farmer in eastern Uganda who was leading her community’s efforts to address climate change… With very few resources, she and other local women were planting trees, improving farming techniques, and developing sustainable businesses. After the story came out, some readers expressed dismay at our decision to profile Okollet. Why? Because she is the mother of seven children.

These readers were understandably worried about the increasing number of people on the planet and the burden it places on natural ecosystems. In their view, because Okollet had so many children, she was doing more harm than good. But the tendency of some environmentalists to blame individuals — in particular, women in developing countries — for the number of children they have is problematic.

This mind-set doesn’t take into account the fact that wealthier nations with smaller populations produce more greenhouse gas emissions per capita than poorer nations with larger populations. The annual carbon footprint of the average US resident — if they own a car, eat meat, heat their home with fossil fuels, and/or fly somewhere for vacation — is significantly larger (as much as 15 times larger) than that of Okollet and her children combined.

Then there’s the fact that millions of women around the world still don’t have control over whether, when, or how often they become pregnant. That’s a human rights travesty, and it’s also bad for the environment. Pointing the finger at women for this is essentially blaming the victim.

It will never work to tell people that they can never have the comfortable Western lifestyle that they aspire to and we enjoy. The best way – the only way – to combat overpopulation is to pull people out of extreme poverty so that they voluntarily choose to have fewer kids.

At the same time, we have to accelerate the transition to a carbon-neutral economy so that more people can live a modern life without cooking the planet. It’s absolutely possible: the Sun delivers more energy to Earth in an hour than humanity uses in a year. What’s more, we already grow enough food to feed 10 billion human beings. We just need to make better use of the technology we already have.

Even if the shift to a lower birth rate is counted as a success, there’s one lingering problem, which is that people in many countries are having fewer kids than they say they want. This “reproductive malaise” is explored in a recent essay by Anna Louie Sussman, “The End of Babies“.

As she points out, this has happened across a broad diversity of countries, from Denmark with its generous social welfare policies, to the United States with its lack of paid family leave, to China where parents feel compelled to micromanage their children’s lives to ensure their success, down to the date of conception – so there likely isn’t a single reason that explains it.

However, one factor common to many countries is a feeling of hyper-competitiveness: the sense that a relentless capitalist culture has squeezed out everything other than the need to make money. It’s a pervasive fear that opportunities are dwindling and the path to a good life is growing narrower all the time, and we have a moral responsibility not to throw children into that maelstrom unless they’re supremely well prepared. This often means people feel they can’t afford to have as many kids as they’d like, or in some cases, they put off having kids at all until it’s too late.

Better family-leave policies won’t solve this because they’re treating the symptom, not the cause. We need to aim at a world built on steady state economics, not the impossible fantasy of endless growth, nor the treadmill of modern capitalism where life is too precarious, and the future too uncertain, for people to feel confident making the commitment to have kids. 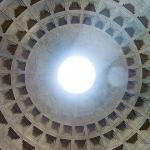 November 22, 2019 Commonwealth, X: A Toast to the Future
Recent Comments
0 | Leave a Comment
"Almost half of your country just voted for the most dishonest, corrupt, and incompetent politician ..."
Seathanaich Is 2020 A Watershed?
"...turning an entire state into a House district will automatically end gerrymandering in that state.At ..."
GCT Is 2020 A Watershed?
"Sincerest condolences. She sounds like a wonderful lady."
Gary Sturgess For Hope
"Thanks for that."
J-D For Hope
Browse Our Archives
get the latest from
Daylight Atheism
Sign up for our newsletter
POPULAR AT PATHEOS Nonreligious
1