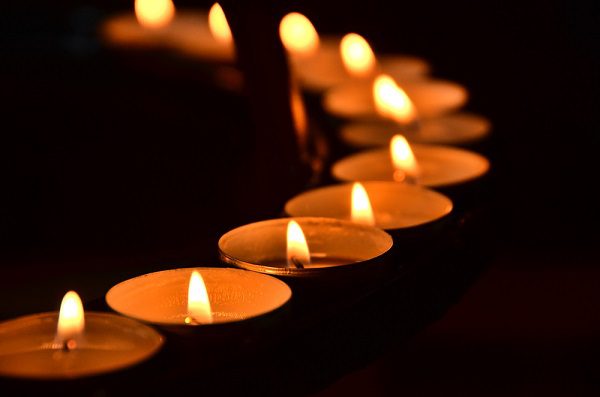 The last few years have been a dark time for those of us who care about the future. But I write to you in this solstice season to say that even in the deepest darkness, there are sparks of light to be found.

Witness this list of 99 good things that happened in 2019, most of which you probably didn’t hear about (because good news isn’t as widely reported as the bad kind).

These stories run the gamut, from huge expansions of protected nature reserves and once-endangered species bouncing back, to diseases and deaths on the retreat and living standards rising, to democracy and tolerance becoming more widespread, to fossil fuels continuing their slow death spiral while financing for green energy explodes.

In fact, I could name even more things that didn’t make it into the list. There was the announcement that a tech startup backed by Bill Gates has invented a solar-powered furnace hot enough to make cement or steel, two industries that currently account for a substantial fraction of the world’s carbon emissions. Wind-powered electric furnaces for making steel are already being built in the Midwest. There was also New York’s passage of the Green New Deal and a multi-state commitment to build gigawatts of wind energy along the Atlantic coast. And climate scientists increasingly believe that, although the impact of climate change will still be awful, the absolute worst-case, doomsday scenario looks less likely.

There’s political progress as well, as hard as that is to believe. An article on Vox points out that even Joe Biden and the moderates in the Democratic primary have platforms far more liberal than what Barack Obama ran on in 2008, including marijuana decriminalization, free public college, and a 100% clean-energy economy.

In the Islamic world, as well, there’s a pent-up hunger for liberalization. Mustafa Akyol (a hostile witness, as he’s better known for supporting intelligent design creationism) writes an editorial about the “new secularism” rising in Arab and Islamic regimes:

Some of those signs are captured by Arab Barometer, a research network based at Princeton and the University of Michigan whose opinion surveys map a drift away from Islamism — and even Islam itself. The network’s pollsters recently found that in the last five years, in six pivotal Arab countries, “trust in Islamist parties” and “trust in religious leaders” have declined, as well as attendance in mosques.

…In Iran, the Islamic Republic has ruled for 40 years now, but it has failed in its zeal to re-Islamize society. “Instead, the opposite has happened,” the Middle East scholar Nader Hashemi has observed. “Most Iranians today aspire to live in a democratic, liberal and secular republic, not a religious state run by clerics.” Indeed, many have had enough of those clerics, and are bravely defying them in the streets.

And in the scientific arena, there are tales of progress like this amazing story I almost missed: there’s now a breakthrough drug therapy for cystic fibrosis which corrects the mutated protein in the most common form of the disease. The results from a clinical trial were so dramatic that the FDA approved the therapy months ahead of schedule:

Sarah Carollo, 28, a special needs teacher in Lee’s Summit, Mo., started Trikafta through a clinical trial in late 2018. Carollo feared she was heading into yet another hospitalization… She couldn’t walk down a hallway without stopping to rest and catch her breath.

…A few days after she began taking the pill, her doctors tested her lung function and were so stunned at the improvement that they had to check whether they were really looking at the results from the right patient.

Reading this story, I thought of my old acquaintance Allan Glenn. If this therapy becomes the norm, no one else will ever have to die like he did. And if it’s approved for use in children, which seems inevitable, cystic fibrosis could become like diabetes or HIV: a manageable chronic condition, rather than a death sentence.

As with the arriving age of genetic therapy, stories like this reawaken my belief in humanity’s potential. We’re so close to the brink of climate catastrophe – but we’re also on the verge of achievements that, in mythology, were the sole domain of the gods. The future world really could be the post-scarcity utopia that sci-fi writers imagine, if only civilization can steer a course through the next few decades.

Of course, success isn’t guaranteed. The path that leads us through disaster to safety is so narrow and tortuous that we may not be able to make it through. We may yet be wrecked on the reefs of our own foolishness, with all our potential gone up in smoke.

But what we call “civilization” is nothing but the sum total of the decisions made by individual humans. That means that everyone who’s alive today has some role to play in shaping the future. The job you work at, the place where you live, the dollars you spend and donate, the votes you cast: it all matters. With that knowledge, let’s keep our sense of urgency alive, but without giving in to despair.