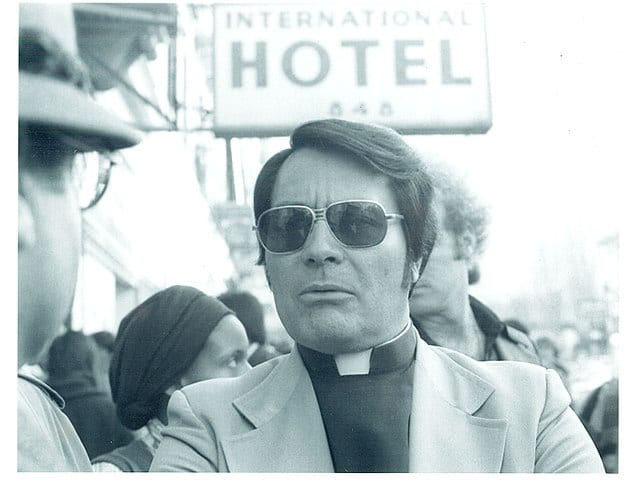 Somehow, a hint of cultism hovers in Donald Trump’s seizure of the Republican Party base – and its blind devotion to him. Followers scream mindless approval for every wild, irrational, conspiratorial claim he utters.

This pattern is outlined in a new book: The Cult of Trump: A Leading Cult Expert Explains How the President Uses Mind Control, by Simon & Schuster. The author is Steven Hassan, a onetime Moonie who became a top authority on the psychology of demagogues and their flocks.

“Trump’s behavior has become both more disturbing and yet increasingly familiar. He relies on phrases like ‘fake news,’ ‘build the wall,’ and continues to spread the divisive mentality of us-versus-them. He lies constantly, has no conscience, never admits when he is wrong, and projects all his shortcomings onto others. He has become more authoritarian, more outrageous, yet many of his followers remain blindly devoted…. His need to squash alternative information and his insistence on constant ego-stroking are all characteristics of other famous leaders – cult leaders.”

It says there are “parallels between our current president and people like Jim Jones, David Koresh, Ron Hubbard and Sun Myung Moon…. This presidency is in many ways like a destructive cult.”

“Donald Trump, who rose to the presidency through a conspiracy theory – ‘birtherism’ – and peddled lies in unprecedented ways for president, needs to be considered as a cult figure.”

“The current administration is best understood through cult analogies, including factors such as total authoritarianism and intolerance of any questioning or deviation from the ‘playbook.’ This is a both a clarifying and a terrifying book.”

A CNN interview began by noting that Dan Rather, former White House aide Anthony Scaramucci and Republican strategist John Weaver all say “the GOP is not a party anymore in the traditional sense – it’s a cult.”

“Trump’s organization and followership [are] a destructive cult where people are being fed propaganda and they’re not being encouraged to think for themselves…. Much of what they’re hearing is emotionally-driven, loaded words.”

He said cults are pyramids “with someone at the top who claims to have total power and total wisdom and uses deception and control of behavior, information, thoughts and emotions to make people loyal and dependent and obedient followers.”

“Pathological lying is characteristic of destructive cult leaders – saying things in a very confident way that have nothing to do with facts or truthfulness – blaming others and never taking responsibility for his own failures and faults – shunning and kicking out anyone who raises questions or concerns about his own behavior – his use of fear-mongering [calling] immigration a horrible thing… [saying] the press is the enemy of the people. That’s what Hubbard would say. That’s what Moon said. That’s what LaRouche said. Why? Because they’re demagogues.”

Does all this ring true? I think so – at least partly.

Next time you see followers adoring Trump, maybe you’ll get at least a whiff of Jonestown.

December 18, 2019 Dystopia Journal #36: UK Edition
Recent Comments
0 | Leave a Comment
"That's not how disease spread works."
Antigone10 America’s Red-Blue Vaccine Divide
"Antigone10 above and below is irrelevant. May not want anyone to die but they will ..."
L.Long America’s Red-Blue Vaccine Divide
"Judaism is both a religion and an ethnocultural group ...It would be more precise to ..."
J-D It’s Not Anti-Semitic to Criticize Israel
"What exactly is Israel supposed to do as the "more powerful party?"I can't say with ..."
J-D It’s Not Anti-Semitic to Criticize Israel
Browse Our Archives
get the latest from
Daylight Atheism
Sign up for our newsletter
POPULAR AT PATHEOS Nonreligious
1