Author’s Note: This is an excerpt from my novel Commonwealth. The rest of today’s installment is free, but only on my Patreon site. If you want to read the next part today, it’s already up on Patreon as well. You can sign up for as little as $1/month. There’s also a table of contents for all published chapters.

Rae slammed a hand down on the keyboard as if to punish it for not giving her the answers she wanted. She spun around in her chair.

Sitting on Rae’s bed, Zoe made another tally mark on the back of an envelope.

“That’s, what? Seven so far from this year?”

It was a weekday, but Rae had cashed in some of her precious time off. She had called Zoe and Michael, and they had hauled their old yearbooks and college papers out of storage, making a list of names from their graduating class and from the years before and after. It encompassed good friends, casual acquaintances, and people they barely knew.

As much as she hated to admit it, Will Anton hadn’t been lying. Of the people they had contact info for, almost half had vanished. Rae had stayed up late, burning through most of her month’s internet budget in a single night, but had nothing to show for it other than the fact of the disappearances.

“There must be some other way to find them,” Michael said. “What have we tried?”

Rae ticked off points on her fingers. “Their SocialStrat and WorkChain profiles are deleted. Their e-mail addresses are deactivated. Their phone numbers are disconnected. The search engines can’t find any news or press releases about them more recent than a year or so. I paid for background check services, but those couldn’t find anything current either. It’s the same story with all of them: They go to work for Anton Aerospace – the background checks list him as their last known employer. Then they sell their houses or terminate their leases. After that, the only data I can find says, ‘No known current address.’ No obituaries, either. I checked.”

“How can anyone drop off the grid entirely?” Zoe wondered. “Fifty or a hundred years ago, I could see it – but now? I would never have guessed that the ad-targeting agencies or the credit bureaus would let anyone slip through their fingers.” 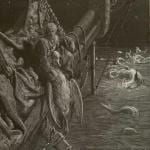