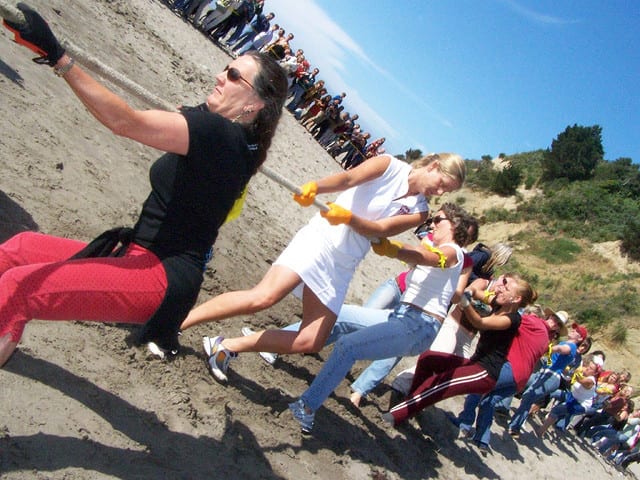 2020 is an election year, and I’m afraid to let myself hope.

I don’t want to surrender prematurely to pessimism. Lest we forget, Trump lost the popular vote in 2016 by a huge margin. He squeaked out a win in a few swing states, and that only because of a perfect storm of factors (a both-sides-do-it media that elevated fake conservative-concocted scandals to make Hillary Clinton and Trump seem equivalent; a Democratic primary that dragged on for too long and didn’t allow the liberal and centrist wings of the party to reconcile before the general; Russian hacking and meddling on social media; Republican voter suppression in red states; a few vital votes split thanks to Jill Stein and the Green Party; an October surprise courtesy of James Comey).

He’s very beatable in 2020. He remains broadly unpopular among the electorate. The U.S. is getting more diverse and more secular with each passing year while the GOP base of elderly white Christians is dying off, which means that Republicans face a slightly steeper uphill climb in each election cycle. And I have some hope that after four years of one outrage after another, the progressive electorate is angry and energized and won’t be caught napping this time.

On the other hand, Trump and his cronies have the high ground of incumbency. He’s in a position to pervert the machinery of state for his own ends, as we’re seeing right now in the impeachment trial. (I’ll be surprised if he doesn’t intentionally start a war right before the election.) He still inspires a cultlike devotion among the GOP faithful, even as he’s literally impoverishing, sickening and killing them. And after living through two terms of George W. Bush, I don’t underestimate the American public’s ability to make disastrous choices at the ballot box.

Most especially, I don’t underestimate the ability of liberals to shoot themselves in the foot with internecine squabbling. Chief among these are the Bernie-or-Busters who are loudly arguing that Bernie Sanders is the only allowable candidate and are threatening to split the party or sit out the election if he isn’t the nominee. I don’t dislike Bernie, per se, but he consistently seems to attract some of the most toxic elements of leftism.

Of course, the other candidates have their own faults. There’s a lot for a liberal to dislike about Joe Biden: his enthusiasm for the drug war and mass incarceration and his awful bankruptcy bill to name two. Pete Buttigieg is a cipher with a thin record and no experience in national politics. Elizabeth Warren is my favorite, but I don’t think she’s above criticism either.

On the other hand, it’s worth recognizing – and celebrating! – that all the 2020 candidates advocate policies that are substantially to the left of Barack Obama’s 2008 platform. We’ve succeeded in shifting the Overton window and moving the Democratic party in a more liberal direction. But now we have to consolidate that progress by actually winning an election and getting the chance to put those policies into effect.

The differences among the Democratic candidates are real, but they dwindle to insignificance next to the chasm that separates them from the white supremacist-fascist cult of personality that the Republicans have become. The Republicans are offering lawlessness, corruption with impunity, wars of choice, concentration camps, plutocracy, global environmental destruction, a welcoming hand to racists, and the end of reproductive choice and secularism.

This is our last chance to pull the country back from the brink. These villains have already done immense damage, but if the next president is a Democrat – any Democrat – they’ll be able to stop many of these trends. If Trump is reelected, especially with a compliant Congress, we can abandon any hope of changing course. The battered, wobbly system of checks and balances that’s restrained him even as far as it has will be shredded. All the achievements of the 20th century will be demolished. We’ll plunge into the abyss of corruption and autocracy, and we’ll deserve it.

I think “electability” is a red herring. There’s no one true candidate whose victory is certain. Every candidate has strengths and weaknesses. But the flip side is that any candidate has a chance to win – if we progressives work for them and support them. By all means, volunteer for your favorite and work your heart out for them. If they win the primary, great! If they don’t, you should transfer that support to whoever the nominee turns out to be, recognizing that any Democrat is far better and that stopping the spread of fascism takes priority above all else.

That’s why I’m pledging now that, whoever the Democratic nominee is, I’ll vote for them, donate to their campaign, make calls for them, knock doors for them. I didn’t do as much of this as I should have in past years, but I’m going to make up for it in 2020. (And don’t forget to help state and local candidates too! The Senate is very winnable.)

An election is like tug-of-war: the only way to win is to take hold of the rope and pull. If you sit out and refuse to participate out of spite, the only thing that happens is that the other side has more leeway to yank in the opposite direction. There’s little that a single individual can do to change the course of a whole country, which can naturally lead to feelings of frustration and powerlessness. But if you give in to despair, it becomes a self-fulfilling prophecy. It takes millions of people working together to shift the future, and you can be one of them.

January 31, 2020 Commonwealth, XX: Right to Work
Recent Comments
0 | Leave a Comment
Browse Our Archives
get the latest from
Daylight Atheism
Sign up for our newsletter
POPULAR AT PATHEOS Nonreligious
1