The Prison of Belief 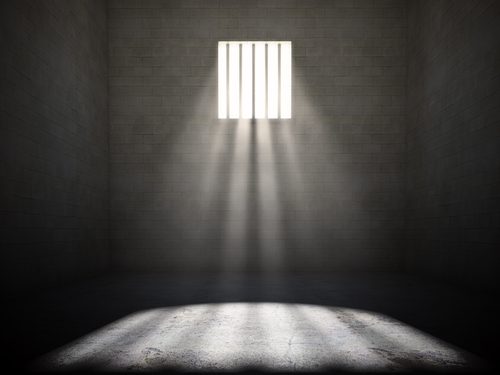 When people accept supernatural claims of a religion, their lives are altered. They commit themselves to belief in miracles, prophecies and similar magic, which orients their view of reality. It confines them, hindering their ability to consider other possibilities. This narrowed lifestyle can be called “the prison of belief.”

A significant book about a controversial cult is titled: Going Clear: Scientology, Hollywood & the Prison of Belief. It’s by Lawrence Wright, a New Yorker staff writer who studies religious behavior. One of his books, The Looming Tower, about Muslim terrorists, won a Pulitzer Prize. Wright says:

“I have spent much of my career examining the effects of religious beliefs on people’s lives – historically, a far more profound influence on society and individuals than politics, which is the substance of so much journalism.”

His Scientology book is horrifying. It examines various intelligent people who were sucked into the cult’s absurd crackpottery, juvenile nonsense that damaged them. First, some background:

L. Ron Hubbard was a flamboyant, bizarre, charismatic, prolific science fiction writer. The 2006 Guinness Book of World Records says he wrote 1,084 books, more than any other author. He turned his imaginary speculations first into a dubious psychology system, then into a magnetic religion featuring ridiculous claims. It goes like this:

Supposedly, 75 million years ago, a space alien king named Xenu, dictator of a Galactic Confederacy, was plagued by overpopulation on his other planets. So he paralyzed billions of people, shipped them to Planet Earth, and killed them with thermonuclear explosions. Their souls, called “thetans,” survived and later entered humans.

Allegedly, thetans are immortal. When a human dies, his or her occupying thetans travel to Venus to have their memories erased, readying them to re-enter other humans.

This cockamamie creation myth is hidden from beginner Scientologists, and is revealed only to members who pay huge sums for “auditing” that makes them “clear” and enables them to reach the level of Operating Thetan III.

Hubbard claimed that Scientologists who are “cleared” of mental obstacles can perform magical feats such as destroying the telephone of any caller who displeases them – and causing their own phones to hover in mid-air.

Hubbard was an astounding weirdo semi-genius who reaped wealth from his Dianetics psychology system, then greater wealth from his Scientology religion. The Going Clear book says the church has “colossal financial resources – about $1 billion in liquid assets… That figure eclipses the holdings of most major world religions.”

The French government convicted Hubbard of fraud, in absentia, and several Scientology leaders were sent to prison for infiltrating federal agencies. In a lawsuit, a judge ruled that Hubbard “has been virtually a pathological liar when it comes to his history, background and achievements…. At the same time, it appears that he is charismatic and highly capable of motivating, organizing, controlling, manipulating and inspiring his adherents.”

Before his 1986 death, Hubbard lived for years in hiding.

His science fiction colleague Isaac Asimov called Dianetics “gibberish” and others said it was “a lunatic revision of Freudian psychology.” Scientology’s Xenu creation story is the butt of guffaws.

But there’s no way for logic to prove that one religion is fake while another is true. Author Wright says in Going Clear:

“The stories that invite ridicule or disbelief, such as Xenu and the Galactic Confederacy, may be fanciful… but every religion features bizarre and uncanny elements…. No religion can prove that it is ‘true.’ There are myths and miracles at the core of every great belief system that, if held up to the harsh light of a scholar or investigative reporter, could easily be passed off as lies.”

A Chicago Tribune review of his book concluded:

“Every religion constructs some species of ‘prison of belief’ for its followers, and most, in their fundamentalist forms, are just as dedicated as is Scientology to explaining away, or else simply denying, evidence that undermines their claims to authority.”

Translation: Scientology is no nuttier than other religions.

January 22, 2020 Why There Are So Many Gen Z Atheists
Recent Comments
0 | Leave a Comment
"they avowed their certainty that Jesus would bring her back to life:Despite this not being ..."
Bob Seidensticker The Strange Sad Story of Olive ..."
"...currently every single link in the "Trending at Patheos Nonreligious" is to a "I'm moving ..."
OverlappingMagisteria Announcing: OnlySky
"I've already signed up on Jonathan Pearce's site. Looking forward to the new digs."
ORAXX Announcing: OnlySky
"Interesting. Although if Andrew Hall is coming along, I hope the new site will make ..."
bificommander Announcing: OnlySky
Browse Our Archives
Related posts from Daylight Atheism