Why There Are So Many Gen Z Atheists 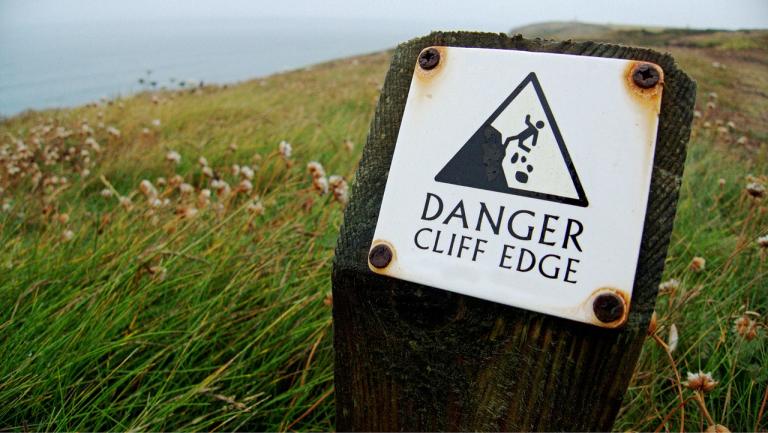 One of my favorite topics to write about is “Christian apologists trying to figure out why young people are abandoning the church”. In 2013, I wrote about Catholic apologists debating the question, and later, a more honest attempt by a Catholic priest. Most recently, I covered the apologists swaddled in denial who insist it’s atheism that’s declining.

Today’s entry in this genre is Michael Brown writing for the Christian Post, asking “Why are there so many Gen Z atheists?” It’s in reference to the same Barna study that I wrote about in 2018, which dubbed the up-and-coming Generation Z “the least Christian generation in American history“, outpacing even the Millennials.

In my view, the problem is not so much with Gen Z as with the way Gen Z was raised.

First, many of these young people have been raised in superficial Christian homes. Their parents embraced a lightweight, me-oriented, prosperity-type gospel, which is a far cry from the real Gospel of Jesus.

“The young people aren’t being taught the right things, they’d stay in the faith if they knew what real Christianity was,” is a perennial apologist excuse. The problem, of course, is that of the hundreds or thousands of squabbling Christian denominations, every one thinks they possess the true path and all the others are pretenders who are misrepresenting the teachings of Jesus.

Contrary to this argument, the decline of Christianity in America is across the board, not limited to a single denomination or place on the political spectrum. And as I noted last year, people who know more about evangelical Christians like them less, suggesting that deconversion is rooted in accurate perception and not ignorance.

Second, and closely related, Gen Z’ers have not been called to leave everything and follow Jesus.

They have not been challenged to make a serious commitment. Consequently, they do not recognize the value and weight of the cross.

But the church? Religion? Jesus? What’s the big deal? Where’s the urgency? What is the cause?

Brown makes the interesting suggestion that opposing climate change and fighting for gender and racial equality are widely seen as more urgent issues than anything the churches are asking – and I’d agree with that. It’s a rare, albeit probably unintentional, admission that nonreligious people can have their own views about morality that differ from what religions preach.

But notice how he frames it: as if these burning issues are in competition with Jesus and the gospel. This is supposed to be an article about how to attract young people back to church, and he correctly identifies issues that young people care about and perceive as important. But it doesn’t even cross his mind that the churches could try taking up these causes and doing something about them!*

Generation Z’ers were born between 1999 and 2015… That was when authors like Richard Dawkins and Christopher Hitchens came to national (and international) prominence with their frontal assaults on the Bible, God, and the Christian faith.

And while Christian intellectuals were able to counter their arguments with relative ease, those answers, for the most part, did not reach the man or woman in the pew, let alone their children.

You have to chuckle at this. Brown acknowledges that atheists might have deconverted some people, but he hastens to add that it’s not because we make any good arguments. He insists that there are perfectly adequate apologetics for whatever we might say – it’s just that some young people didn’t hear them.

What a pity. If only there were some way for Christians to get their message out in America! Other than, you know, their megachurches, their TV channels, their radio stations, their websites, their publishing companies, their mass mailings, their private colleges, their billboards, their neon signs, their streetcorner proselytizers, their Jesus-fish bumper stickers, their cartoon tracts left at bus stops, their presidential executive orders…

Here’s the most interesting part of his column:

Fourth, Gen Z has grown up in the midst of LGBT activism, which, in turn, has done a terrific job of portraying Christians as hostile, primitive, bigots. Who wants to associate with them?

This is why I decided to write about Brown’s article, because he does something that Christian apologists virtually never do: he acknowledges that the church’s views and teachings might, maybe, just possibly, have something to do with the exodus of younger generations.

This is an accurate perception. The evidence suggests that Christianity’s embrace of noxious right-wing politics, especially its rigid views on sex, race and gender, is repelling the increasingly diverse younger generations and driving them away in droves. The churches’ war on LGBT rights was and is the most dramatic and most visible of these battles.

However, after Brown raises the question, he drops it on the floor and walks away. He spends no further space on this issue beyond what I’ve quoted. He says that Christians have been “portrayed” as hostile bigots, but he steers clear of why people said this, whether this perception had any truth to it, or what, if anything, Christians should have done differently.

Obviously, this is verging on dangerous territory for an apologist to tread on. Any suggestion that Christians themselves might have done something wrong – that their predicament is of their own making – would incense his readership. And so, Brown circles back to the same place that Christians who discuss this inevitably end up – which is “we need to do the same things we’ve always been doing, but more”:

Thankfully, the solution to all this is simple.

…we get back to the biblical gospel, without dilution or mixture.

…we get equipped in basic apologetics, using the many terrific resources available today.

…we run to the front lines of the culture rather than from them, proclaiming that God has a better way.

The suggestion that Christians have been too shy and too reluctant to take part in the culture war ought to send anyone reading this column into gales of laughter. But it also exemplifies the willful blindness to reality that apologists display when they try to say anything intelligent or helpful about their demographic woes.

Evangelical Christians preach personal responsibility, but they’re unwilling to practice it. They don’t want to hear that they have to change or apologize for anything. They want to be told that nothing is their fault, and any problems they’re suffering can be blamed on the decadent culture around them or on weak-willed believers who aren’t confident enough in their faith. It’s this attitude that’s brought them to the brink of demographic collapse, and they seem determined to cling to it even as they plummet off the edge.

* Brown is the author of a book which says that “radical feminism” is a “demonic force”, and urges believers to “stand firm on the Bible’s definition of gender”, so you can guess why he’s not eager to see the churches embrace social justice.

January 24, 2020 Commonwealth, XIX: The Four Hardest Words
Recent Comments
0 | Leave a Comment
Browse Our Archives
get the latest from
Daylight Atheism
Sign up for our newsletter
POPULAR AT PATHEOS Nonreligious
1