Abuse Among the Amish 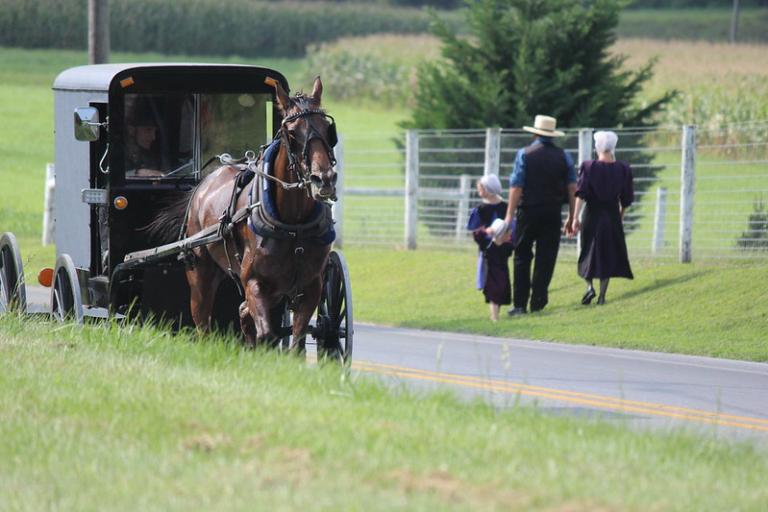 Even a religion that makes humility, pacifism and forgiveness its supreme values can be used to perpetuate terrible evils. That’s the conclusion I drew while reading a scathing piece of investigative journalism by Sarah McClure in Cosmopolitan, about the epidemic of rape, sexual abuse and incest in Amish communities:

The Amish, who live in rural farming communities across the United States and famously shun modern technology, have no overarching hierarchy or authority. Every Amish community is autonomous, and they argue and schism over the rules just as much as any other Christian denomination (one conservative subgroup, the Troyer Amish, split with others allegedly over how wide their hat brims were permitted to be).

But one thing that all Amish sects have in common is their claim to interpret the Bible literally. And like other Christian denominations that boast about their literalism, Amish culture is rigidly patriarchal. Men are the presumed authorities and women are expected to be submissive helpmeets. Naturally, this teaching creates fertile ground for predators who learn that they’re entitled to take what they want. Often, it’s fathers, uncles and brothers who molest and rape women in their own families.

As with the Catholic church and many other Christian denominations who’ve covered up for predators in their midst, the impulse to silence the victim and protect the abuser seems like a reflex:

Virtually every Amish victim I spoke to — mostly women but also several men — told me they were dissuaded by their family or church leaders from reporting their abuse to police or had been conditioned not to seek outside help (as Sadie put it, she knew she’d just be “mocked or blamed”). Some victims said they were intimidated and threatened with excommunication. Their stories describe a widespread, decentralized cover-up of child sexual abuse by Amish clergy.

“We’re told that it’s not Christlike to report,” explains Esther, an Amish woman who says she was abused by her brother and a neighbor boy at age 9. “It’s so ingrained. There are so many people who go to church and just endure.”

This is a thorny enough problem. But what makes it worse is that, like other cults, the Amish deny their children an education, and that includes education about sex. Like Orthodox Jewish women who are also kept in a state of enforced ignorance, most Amish women are lacking, not just a vocabulary of consent and sexual pleasure, but basic knowledge about their own anatomy:

“Amish victims don’t even know the names of body parts,” confirms [Lancaster County Judge Craig] Stedman. “To describe a sexual assault without having any fundamental sex education, it presents even more challenges.”

The final outrage is what happens when sexual abuse is so severe and so pervasive that it can’t be swept under the rug. As a rule, the Amish don’t report crimes committed by other Amish to secular authorities. They consider them to be matters of internal church discipline. One of the very few penalties that their religion permits is “shunning” – the wrongdoer is ostracized by everyone else in the community – but even for a crime as violent as rape, it’s for a comically short period, perhaps a few days to a few weeks.

Once the predator has completed their penance, the rest of the community is required to forgive them and to pretend the act never happened. That includes a rapist’s victims. If they don’t forgive the person who assaulted them – for example, if they persist in reporting it to the police – they can be shunned and branded with a scarlet letter. Some women who’ve suffered assault are sent away to unlicensed “mental health” facilities where they’re drugged and imprisoned to keep them from speaking out.

Because there’s no consequence for wrongdoing, there’s no reason for rapists and predators not to keep committing the same crimes over and over. Even if they’re caught a second time, or a third, or a tenth, they’ll never suffer any more serious punishment. No matter how badly a woman suffers, she’ll always be expected to forgive and to stay silent.

This is a longstanding problem, according to ex-Amish activist Torah Bontrager in a two-part series about escaping the Amish (part 1, part 2). She mentions the denial of education as well as “rape, incest and other sexual abuse that run rampant in the community”. But she also makes the point that, contrary to their peaceful image, Amish families routinely resort to violence as discipline:

The Amish take the Bible verse “spare the rod and spoil the child” in a literal sense. Parents routinely beat their children with anything from fly swatters, to leather straps (the most typical weapon), to whips (those are the most excruciating of), to pieces of wood.

When I was a little girl, my mom used to make me run down to the cellar to retrieve a piece of wood to get beaten with. I’d choose the thinner ones because I thought they’d hurt less.

…One of my acquaintances stuttered when he was little and his dad would make him put his toe under the rocking chair, and then his dad would sit in the chair and rock over the toe and tell him that’s what he gets for stuttering.

Because the Amish are so insular, it’s certain that the stories we’ve heard so far are just the tip of the iceberg. However, there are some signs that this culture is – ponderously, reluctantly, foot-draggingly – beginning to change.

Both McClure’s story and an investigative series in the Pittsburgh Post-Gazette, “Coverings“, report that some Amish are beginning to cooperate more with law enforcement. In several states, “crisis intervention committees” of Amish elders take reports of abuse from within the community and passes them on to police and child protective services. It’s far from a perfect solution, but it’s better than no reporting at all.

More hopeful is the increasing number of survivors who are leaving the Amish community and speaking out about what they endured. Of course, the Amish’s radical anti-technology stance means that a podcast or a blog post is unlikely to reach those who need to hear it most – but that same information can also travel through word of mouth and whisper networks, the forms of social media that predate the internet. Like Hasidic Judaism and other isolated-by-choice sects, the Amish have tried to shut the world out, and that secrecy has allowed awful evil to flourish among them. But no religion can shut itself off from the world forever, and the free flow of information may prove to be their downfall.