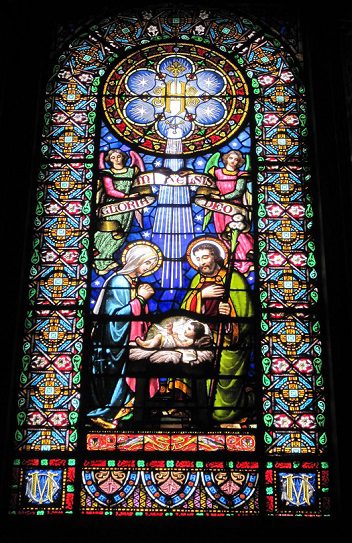 In 2018, I wrote about the onslaught of state and federal investigations into Roman Catholic officials who conspired to cover up child abuse by priests. I’m pleased to report that this legal pressure on the church is bearing fruit.

In response to the investigations, many dioceses around the country have – at long last – begun disclosing the names of priests whom they know or believe to be sexual predators. Thousands of accused clergy have already been named.

Although it took the threat of mass prosecution to push them to this point, it’s a welcome change from the church’s former policy of secrecy and stonewalling. But as a report by ProPublica makes clear, the church’s disclosures are still falling well short of what’s needed:

Over the last year and a half, the majority of U.S. dioceses, as well as nearly two dozen religious orders, have released lists of abusers currently or formerly in their ranks. The revelations were no coincidence: They were spurred by a 2018 Pennsylvania grand jury report, which named hundreds of priests as part of a statewide clergy abuse investigation. Nationwide, the names of more than 5,800 clergy members have been released so far, representing the most comprehensive step toward transparency yet by a Catholic Church dogged by its long history of denying and burying abuse by priests.

But even as bishops have dedicated these lists to abuse victims and depicted the disclosures as a public acknowledgement of victims’ suffering, it has become clear that numerous alleged abusers have been omitted and that there is no standard for determining who each diocese considers credibly accused.

The problem, according to ProPublica’s story, is that there’s no uniform standard for when a priest should be included on the list of abusers. It’s left entirely up to local diocesan officials, who aren’t disinterested parties and have no legal or judicial expertise, to decide which allegations are or aren’t credible.

Unsurprisingly, the lists of the accused are plagued by gaps and contradictory data. Some priests have been omitted from the lists even though the church has paid settlements to people who were abused by them. Some dioceses withhold the names of accused priests who died before the disclosures began (as if that information had no value in giving closure to abuse survivors). Some dioceses have released full details of where and when the accused priests worked and specifics of the accusations against them, while others provide nothing but names. Some dioceses haven’t participated at all.

The most infuriating fact is that the bishops claim they have no power to fix this:

The U.S. Conference of Catholic Bishops, or USCCB, has issued no instructions on disclosures related to credibly accused priests, leaving individual dioceses and religious orders to decide for themselves how much or how little to publish. The USCCB says it does not have the authority to order dioceses to release names or to resolve disputes over who should be on the lists…

The disclosures in Illinois are an illustration of the problem. The Archdiocese of Chicago, serving over 2 million Catholics, lists only 78 clergy members – even through an investigation by Attorney General Lisa Madigan turned up at least 690 credibly accused. It also didn’t provide any information on which parishes these priests worked in. Similarly, the Archdiocese of Boston has released 171 names, while the watchdog group Bishop Accountability has 279.

In these cases, past stonewalling begets future stonewalling. If these archdioceses refused to investigate or take any action when the allegations were first reported, then diocesan officials today can claim that they have no evidence to go on as a justification for leaving the accused off their lists.

So far, these efforts at transparency fall short of the mark. If it’s true that sunlight is the best disinfectant, then disclosure should be like a pure glass windowpane, letting the light stream through to reveal the truth of what lies beyond. Instead, what the church has done is more like stained glass, distorting and coloring the light that passes through to paint the picture they want to convey.

ProPublica did what the church hasn’t, and compiled all the individual lists to create a single, centralized, searchable database. Since this is still based on information that dioceses have given out, it has the same errors and lacunae as those lists. However, it’s a helpful resource in assembling the bigger picture of a predator’s career, since so many of them were moved from one diocese to another over the years.

Of course, an institution that’s been secretive and unaccountable for centuries is unlikely to change its ways overnight. And because of the church’s fundamentally anti-democratic structure, I doubt it will ever have the kind of true openness and transparency that many good-intentioned reformers might like. But these disclosures set a good precedent: that the church isn’t exempt from the law, and that it can’t treat crimes committed by clergy as mere matters of internal discipline. Maybe this will make the architects of the next coverup think twice. 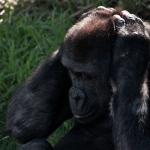 February 7, 2020 Commonwealth, XXI: An Old Darkness
Recent Comments
0 | Leave a Comment
"We were discussing an election that already happened though."
Azkyroth Dystopia Journal #38: Impunity
"There are a number of excellent books detailing the difficulties in breaking away from the ..."
steveiam Abuse Among the Amish
"There is actually a part in the comics where Bruce gives up being Bruce Wayne ..."
The Somber Owl Girl Atlas Shrugged: Sleep Deprivation
"Let's just say that Owen was inspired by actual people I've conversed with on the ..."
Adam Lee Commonwealth, XXIII: Broken Windows
Browse Our Archives
Follow Us!