Commonwealth, XXXI: The Work of Depressions

October brought a break in the heat. The sun glimmered red and gold on New York’s polluted rivers and bays, and the nights were merely warm rather than hot. In their skyscraper condos overlooking the withered remains of Central Park, the ultra-rich set their hi-def video wallpaper to show images of colorful autumnal foliage.

Despite the changing seasons, the cooler weather brought little reprieve. After the walking plague and the suicides, after the hunger and the epidemics and the tainted food and the riots and the subway shutdowns, despair had settled over the city like the fall of black ash snow. There was a dim consciousness that, as bad as summer had been, the coming winter might be worse. People looked to the horizon with fearful eyes and felt stirrings of dread every time the sun set, as if this might be the last twilight before darkness closed permanently over the city.

The panhandlers had multiplied, crowding the streets and clinging to the passersby who tried to ignore their pleas. Crime was spreading as the desperate had nowhere else to turn. There were muggings, robberies and thefts. Some people stole money or valuables that could be fenced, others were simply after food. And there was worse: outbreaks of violence, stabbings and shootings, senseless and random, driven only by despair.

The private prisons were packed beyond capacity, with a few underpaid guards to watch the cages crammed full of humanity. Many stores left their security bars down all day, and ordinary people openly carried guns, knives or Anton Aerospace self-defense sprays on the street. The rich installed more barbed wire and cameras around their gated communities and doubled their armed guards.

The government’s spokespeople, Asha Remington foremost among them, said in newspapers, interviews and speeches that each crisis was a temporary disturbance. They asserted that a future of wealth and prosperity was just around the corner, if only citizens kept working and striving. They spoke of a coming golden age: inviolate houses ablaze with light, cars in every garage, meat on every table, the cheery puffing of smokestacks.

But that refrain had been heard so often, no one believed it any longer. Like an engine drained of oil, the spirit of mutual trust and cooperation that lubricated the economy had broken down. Everyone was afraid of the future. Those who had money hoarded it, stuffing it under their mattresses or locking stacks of cash in safes and bank vaults, in the hope that they’d be prepared when the next crisis came. 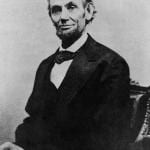 April 20, 2020 2000 Years of Disbelief: Abraham Lincoln
Recent Comments
0 | Leave a Comment
Browse Our Archives
get the latest from
Daylight Atheism
Sign up for our newsletter
POPULAR AT PATHEOS Nonreligious
1