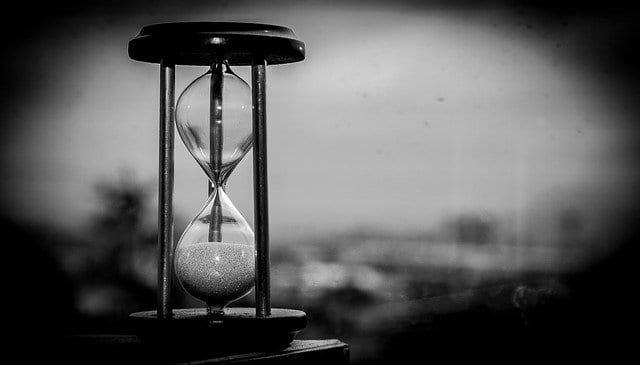 Those of us living in this era have a responsibility to memorialize it.

In the years to come, our descendants will want to know what it was like to be alive now, during the Great Pandemic of 2020. But memory is an imperfect instrument. It fades, it fragments, it’s easily rewritten. For the sake of those stories we’ll tell one day, I wanted to write down the feel of this moment while my impressions are fresh.

I acknowledge I may not be the best chronicler. The disease hasn’t touched me, not deeply. I know a handful of people who’ve had the virus and recovered; none who’ve died. At the same time, I’m reading stories of hospitals overwhelmed, brave doctors and nurses crushed by the surge of suffering people. It’s like living in a house where a great storm is raging outside. I can see the wind and the waves beating at the glass, and I know people are fighting for their lives in that maelstrom, but in here it’s silent. But no one has been entirely unaffected, and if I can’t write a report from the center, perhaps I can write one from the fringe.

Looking back, I can admit that I was too complacent. I heard about the first outbreak in China with only mild interest. Even when I read about the total lockdown in Wuhan, a city more populous than New York, it was like something happening on the moon. In retrospect, I can’t understand my own thought process. I suppose I must have assumed that it wouldn’t cross the ocean to us, that it would be stamped out like SARS was. (It seems to be a common tendency, since now we’re learning red-state governors perceive New York as distant and foreign and believe that what happens there is of no concern to them.)

Given the understandable distrust of news from within an authoritarian state, the world could perhaps be forgiven for not taking this seriously when it was solely China’s problem. But then the virus struck Italy and Seattle almost simultaneously. That should have been the moment we realized it wasn’t going to be containable. And seeing Italy’s frantic response – its rapid rollout of once-unimaginable quarantine measures that were nevertheless always a step behind – should have made us understand how serious it truly was.

But we didn’t have a lot of time to process. The most striking thing about the coronavirus is how quickly it went from a far-off danger to a huge, looming, omnipresent threat. Almost overnight, the unthinkable and the abnormal became normal and routine.

First it was office buildings shutting down and white-collar employees being directed to work from home. I already work from home frequently, so that wasn’t too hard to get used to. Not having to commute anymore was even pleasant.

Next, my family decided to stop dining out, since the restaurant industry is notorious for not offering sick leave. At that point, I was a little concerned, but still not anxious.

I got in a few more gym visits and a trip to the library before those closed down too. I got a haircut on the last possible day.

The last and hardest step was taking our son out of preschool, since my wife and I knew that was going to be a huge disruption to our lives. We debated it and finally decided to do it – just a few hours before New York announced the closure of all schools anyway. 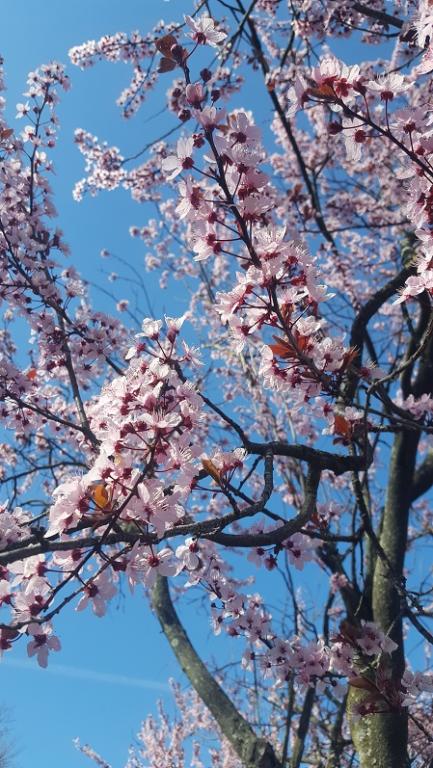 With almost everything shut down, the last three weeks have been uncannily peaceful. I’ve been going for long walks, since it’s one of the only forms of recreation and exercise we can still indulge in. I always expect to see more people outside, seeking the same escape as I am, but it’s been the opposite. My neighborhood seems emptier than usual. Even on a beautiful, sunny April day, I have the streets virtually to myself.

And the world is beautiful. Everywhere I look, I see signs of renewal: fragile red buds uncurling into green leaves, forsythia bushes and magnolia and cherry trees erupting with white and pink and yellow flowers. It’s strange that spring arrives regardless of humanity’s troubles. It’s a reminder of how inessential we are to the cycles of nature. 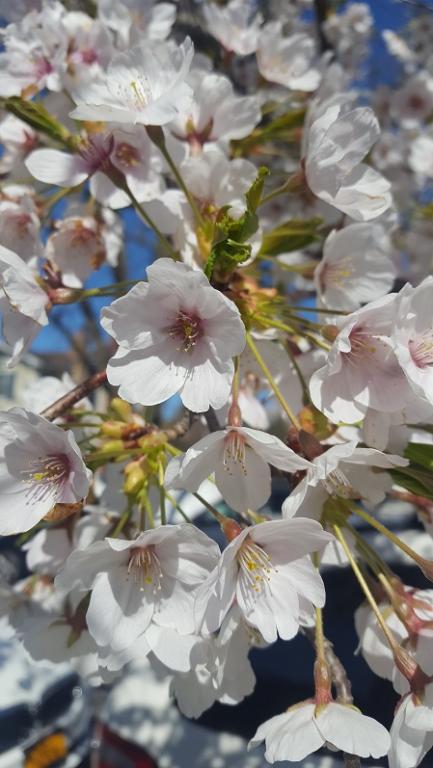 But if nature is oblivious to us, moving through a world of other human beings feels more perilous than ever. I’m having a juxtaposition of emotions that I would have thought was impossible: the feeling that everyone I see might be a dangerous threat, and also a feeling of solidarity, like we’re all allies fighting side-by-side in the same battle.

The simplest action is freighted with a moral weight it never had before. There’s a low-intensity paranoia suffusing our existence. We’re afraid to touch, afraid to interact, afraid to share the same space or breathe the same air. The supermarkets are like surgical bays, people going about their shopping in gloves and masks as if in a dream where they’re unconscious of the oddity. Something as innocuous as passing a stranger on the street seems vaguely subversive; a handshake or a hug, the equivalent of an act of terrorism. And just as I’m wary of strangers, I wonder if they’re wary of me. After all, I too could be an asymptomatic carrier, exhaling death and destruction and not even aware of it! 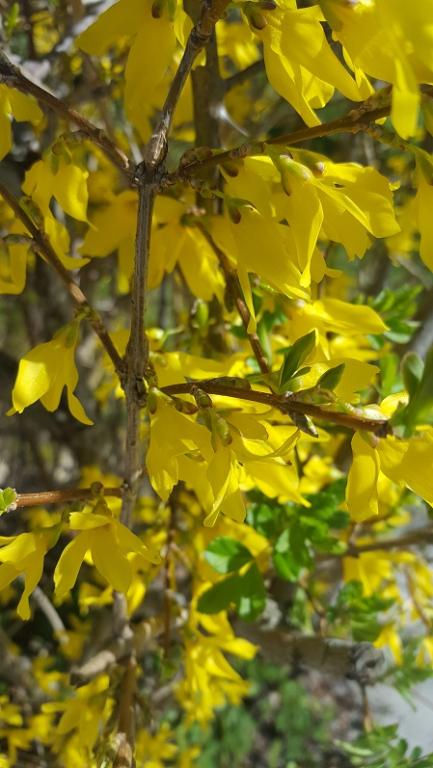 At the same time, we’re united by this common enemy. The virus makes no distinctions of religion or nationality; it imperils us all alike, the rich and the poor, the powerful and the common. The indiscriminateness of its threat underscores our shared humanity and the fact that we live on the same planet and what happens anywhere matters to all of us everywhere.

The internet has been a particular blessing. Despite all it’s done to spread misinformation and fear, it makes us feel less lonely and makes the isolation easier to bear. It’s like we’re alone together, reaching out to each other: a million small cells of community, separate yet glowing with connection. I can only imagine how much more isolating and terrifying the 1918 pandemic must have been without that channel of communication. 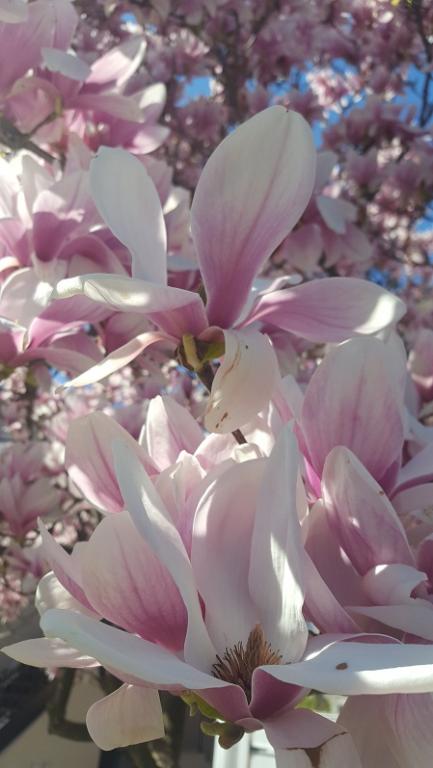 For now, I’m trying to preserve as much normality as possible. Since I don’t have to commute, I’m sleeping later (or as late as a toddler will allow). I’m doing all the meal planning and cooking for my family, which I enjoy. I’m going out for more walks, exercising at home, and doing almost no driving except for weekly supermarket trips. I’m trying to read more books and getting around to some long-deferred chores. It’s a pared-down existence, a life of radical simplicity (at least, by privileged, 21st-century Western standards). Under other circumstances, I might even enjoy it. It loses some of its luster when it’s not by choice, but I’m an introvert and it hasn’t been too bad.

The hardest part has been the impact on my son, now three years old and an inquisitive, highly verbal child. We’ve explained to him as best as we could what’s going on, but I hate that this is depriving him of the normal childhood experiences he should be having. Thankfully, he’s taken it in stride, with the endless adaptability of childhood.

The parks and playgrounds in my neighborhood are closed, but he’s happy just to run in the grass and pick flowers and examine interesting rocks (and, admittedly, watch more TV than we usually allow). He seems content to see his teachers, his grandparents and his friends through screens rather than in person. Whether this will last, I don’t know.

The question that looms largest in my mind is whether we’ll ever be able to resume any semblance of normality. How will we know when the threat has passed? I read stories about people who lived through the Great Depression hoarding canned food and hiding cash around their houses for the rest of their lives, and I wonder if this generation will bear similar psychological scars. Will we shun doorknobs and handshakes and feel an inexplicable urge to stockpile toilet paper?

Perhaps it’s too soon to look forward to the resumption of life as we knew it. We’re going through a great upheaval, and there’s no telling how the world may change because of it. It could be for the worse, leaving us traumatized and feeding xenophobia; or the better, making us kinder, more thoughtful about each other’s needs, and fairer to the underpaid and underappreciated workers we all depend on. Only time will tell whether we learn the right lessons. Until then, our duty is to take each day as it comes and live, as best we can, in the midst of these strange hours.