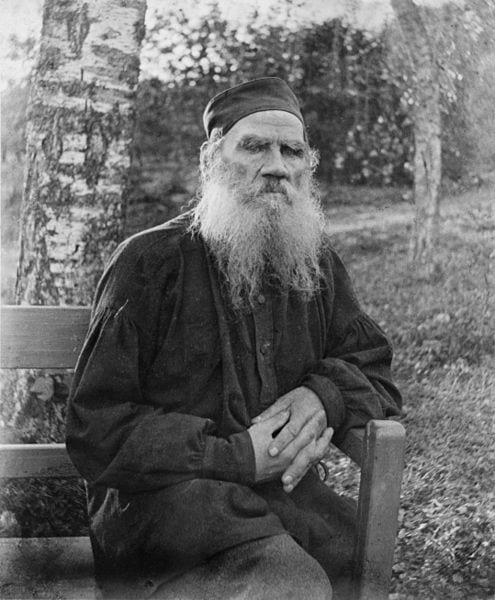 This is the fourteenth segment of a series on renowned skeptics throughout history. These profiles are drawn from 2000 Years of Disbelief: Famous People With the Courage to Doubt, Prometheus Books, 1996.

Many people who reject supernatural Christianity nonetheless embrace Christ’s message of compassion. Leo Tolstoy (1828-1910) carried this pattern to an extreme.

He renounced organized religion and was excommunicated by the Russian Orthodox Church – yet he became almost a monk, living in service to others.

Regarded by some as the greatest novelist of all time, Tolstoy was born to wealth as a landed count who enjoyed the privileges of Russia’s aristocracy under the czars. He served as a military officer in the Crimean War, married a loving young wife, and fathered many children. His profoundly moving novels and short stories brought him fame and even greater wealth.

Yet Tolstoy was wracked by growing moral pangs, mostly over the cruel inequality of Russian life. It distressed him to live in well-fed comfort while peasants half-starved. When aristocratic women in low-cut gowns partied while their coachmen shivered outside in the snow, he felt a deep sense of wrong. It troubled him that peasants were cannon fodder in wars, and that priests in ermine, gold and jewels were as parasitic as the nobles.

In his forties, Tolstoy went through what biographer Nathan Dole called a “soul-storm,” a religious rebellion as sweeping as his fictional epics. Increasingly, he doubted Orthodox Christianity and despised its lofty power in Russia. He temporarily ceased writing fiction and produced nonconformist books such as Critique of Dogmatic Theology and My Confession. He declared that Christ was only human, that miracles are not real, and that humanity does not survive death. He accused priests of perverting the humane message of Jesus into a ruthless vehicle of power. Tolstoy called the Church an “impenetrable forest of stupidity” and a “conscious deception that serves as a means for one part of the people to govern the other.”

Ecclesiastical censors banned the publication of these books and ordered the manuscripts burned. But copies were smuggled out of Russia, printed abroad, and returned to Russia, where they circulated clandestinely. Priests denounced Tolstoy as an “impious infidel” and demanded his imprisonment. But his immense popularity made him untouchable.

Tolstoy became obsessed with helping others. He dropped his noble title, wore peasant clothes, refused to let servants tend him, made his own boots, and worked in fields alongside laborers. He wanted to give away all his possessions, but his wife and children protested, so he signed over everything into their names. He ceased accepting money for his writing. When famine swept rural provinces, the czar and the Church denied that it was occurring; but Tolstoy organized mass feeding kitchens, for which he was rebuked from the nation’s pulpits.

Tolstoy helped free “old believer” bishops who had been imprisoned for their religion. (“Old believers” were dissident Christians who refused to accept changes that the Russian Orthodox Church had imposed in the seventeenth century.) He also defended the persecuted Dukhobors, religious oddballs who removed their clothes and set fire to their homes as protests. He resumed accepting money for his books, but used the funds to help eight thousand Dukhobors move to Canada. Tolstoy’s ideal of simple, compassionate living attracted followers, who created their own communes. Some were jailed as dangerous radicals by priests and czarist police for criticizing the church and refusing military service.

In 1901, patriarchs of the Holy Synod ordered priests to deny church rituals to the aging writer. They officially excommunicated him in a decree of anathema which stated:

“He [Tolstoy] denies the living and personal God glorified in the Holy Trinity, Creator and Providence of the universe; he refutes Our Lord Jesus Christ, God made Man, Redeemer and Savior of the world, who suffered for us and for our salvation, and who has been raised from the dead; he refutes the Immaculate Conception of the human manifestation of Christ the Lord, and the virginity, before and after the Nativity, of Mary, Mother of God, most pure and eternally virgin; he does not believe in the life hereafter or in judgment after death; he refutes all the Mysteries of the Church and their beneficial effect; and, flaunting the most sacred articles of faith of the Orthodox community, he has not feared to mock the greatest of all mysteries: the Holy Eucharist.”

The excommunication had little effect on Tolstoy, who continued writing. He was more severely affected by conflict with his wife over his desire for monkish poverty. Finally, at age eighty-two, he left home to find a hermit-like refuge, but soon caught pneumonia and died.

“To regard Christ as God, and to pray to him, are to my mind the greatest possible sacrilege.” – letter to the Holy Synod, April 4, 1901, in response to his excommunication

“A peasant dies calmly because he is not a Christian. He performs the rituals as a matter of course, but his true religion is different. His religion is nature, with which he has lived.” – quoted in Tolstoy and His Wife, p. 114

“Why must children die? I have reached the conclusion that the only purpose in the life of every man is to strengthen love within himself, and by strengthening it within himself, to infect other people with it.” – after the death of his seven-year­old son, ibid., p. 170

“I am convinced that the teaching of the church is in theory a crafty and evil lie, and in practice a concoction of gross superstition and witchcraft.” – What Great Men Think of Religion, by Ira Cardiff

“We have become so accustomed to the religious lie that surrounds us that we do not notice the atrocity, stupidity and cruelty with which the teaching of the Christian church is permeated.” – ibid.

“It is true, I deny an incomprehensible Trinity, and the fable regarding the fall of man, which is absurd in our day. It is true, I deny the sacrilegious story of a God born of a virgin to redeem the race.” – ibid.

“If there is no higher reason – and there is none – then my own reason must be the supreme judge of my life.” – My Confession, 1882

“Religious superstition consists in the belief that the sacrifices, often of human lives, made to the imaginary being are essential, and that men may and should be brought to that state of mind by all methods, not excluding violence.” – The Slavery of Our Times, 1900

“Freethinkers are those who are willing to use their minds without prejudice and without fearing to understand things that clash with their own customs, privileges or beliefs. This state of mind is not common, but it is essential for right thinking; where it is absent, discussion is apt to become worse than useless.” – War and Peace, 1862

“The Christian churches and Christianity have nothing in common save in name: they are utterly hostile opposites. The churches are arrogance, violence, usurpation, rigidity, death; Christianity is humility, penitence, submissiveness, progress, life.” – The Kingdom of God Is Within You, 1893

“The religious superstition is encouraged by means of the institution of churches, processions, monuments, festivities…. The so-called clergy stupefy the masses… They befog the people and keep them in an eternal condition of stupefaction.” – ibid.

“One may say with one’s lips: ‘I believe that God is one, and also three’ – but no one can believe it, because the words have no sense.” – What Is Religion? 1902

“I was taught the soldier’s trade, that is, to resist evil by homicide; the army to which I belonged… was sent forth with a Christian benediction.” – quoted by Carol Z. Rothkopf in Immortals of Literature: Leo Tolstoy (New York: Franklin Watts Inc., 1968), p. 102

“The teaching of the church, theoretically astute, is a lie in practice and a compound of vulgar superstitions and sorcery.” – Views of Religion, by Rufus Noyes

“Church teachings are but fiction. I have knowledge of their inanity.” – ibid.

“The educated minority, although no longer believing in the existing religious teaching, still pretend to believe.” – ibid. 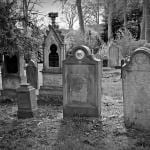 May 20, 2020 Book Review: Dying of Whiteness
Recent Comments
0 | Leave a Comment
"I'd imagine that the entertainment industry would be the area where the Pacific Republic most ..."
Adam Lee Commonwealth, II.XIII: Affordable Extravagances
"Sort of. It's complicated. The way we do agriculture is a major problem right now ..."
(((J_Enigma32))) Does Civilization Require Patriarchy?
"A low birthrate is a GOOD thing, for us and the planet."
lady_black Does Civilization Require Patriarchy?
"So on the subject of media, what's the film and TV industry like? Even if ..."
Ian Kacprzak Commonwealth, II.XIII: Affordable Extravagances
Browse Our Archives
get the latest from
Daylight Atheism
Sign up for our newsletter
POPULAR AT PATHEOS Nonreligious
1