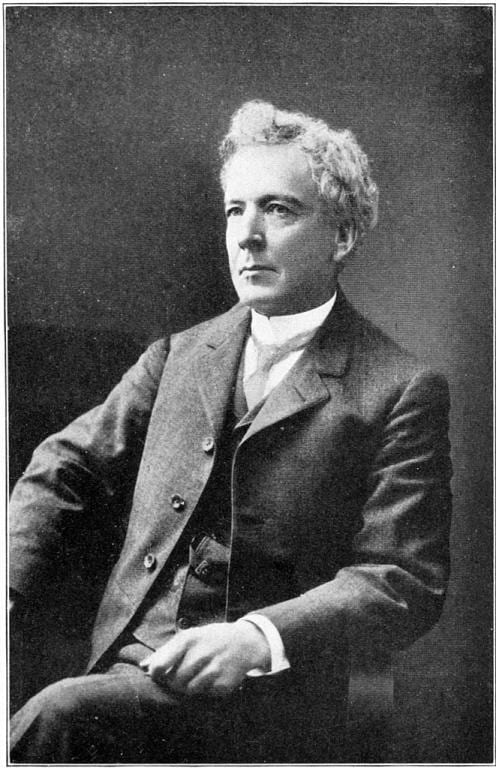 This is the eighteenth segment of a series on renowned skeptics throughout history. These profiles are drawn from 2000 Years of Disbelief: Famous People With the Courage to Doubt, Prometheus Books, 1996.

One of America’s most beloved scientists was Luther Burbank, who improved the world’s food supply. In an era when agriculture still was the chief occupation, he was a brilliant botanist who bred high-yield fruit trees, vegetables, grains and other crops.

As a schoolboy in Massachusetts, Burbank was intrigued by the scientific discoveries of Charles Darwin. He began gardening to support his widowed mother, and experimented with cross-pollination to produce better foods. Eventually he moved to California, where he established an experimental farm.

Like many scientists, Burbank rejected supernaturalism. He kept his skepticism to himself until the notorious 1925 “Scopes Monkey Trial” in Tennessee, in which William Jennings Bryan waged fundamentalism’s battle against Darwin’s theory of evolution.

In January 1926, while being interviewed by a young newspaper reporter, Burbank “went public” with his disbelief. He said religious dogmas are nonsense, and called himself “an infidel.” The disclosure was telegraphed around the world, causing a shock wave. There followed a storm of letters and visits to the aging scientist. Burbank’s close friend Episcopal minister Frederick Clampett wrote:

“Poor Luther Burbank, who never injured a fellow mortal in his more than seventy years, the gentlest, purest, kindliest of men, was made the object of a narrow, bitter, religious war of words….This champion of the poor and the afflicted was pestered by women of the several evangelical churches, who had formed groups of praying circles to supplicate their God that he might grant the deluded and benighted Burbank light, repentance and forgiveness. His home was besieged by self-appointed representatives of the “faithful” who implored him to recant.”

The “angry tumult of incarnated fanaticism,” as Clampett called it, only strengthened Burbank’s resolve. In a follow-up interview, the elderly scientist reiterated: “I am an infidel. I know what an infidel is, and that’s what I am.”

Several churches asked him to speak, to clarify his views. He accepted one invitation, to San Francisco’s First Congregational Church. In his talk to the parishioners, Burbank spoke gently, but insisted that religious concepts such as hell are “superstition gone to seed.”

Many people supported Burbank. Ina Coolbrith, California’s poet laureate, sent him a book of her poems inscribed “To our beloved infidel.”

Burbank died soon afterward. Friends felt that the strain of the tempest hastened his death. His open-air funeral was attended by ten thousand mourners. His eulogy was given by Judge Ben Lindsey of Denver, a freethinker whom Burbank previously had asked to perform this duty. Judge Lindsey told the throng:

“Luther Burbank will rank with the great leaders who have driven heathenish gods back into darkness…. Burbank had a philosophy that actually works for human betterment, that dares to challenge the superstition, hypocrisy and sham, which so often have worked for cruelties, inquisitions, wars and massacres. Thomas Edison, who believes very much as Luther Burbank, once discussed with me immortality. He pointed to the electric light, his invention, saying: “There lives Tom Edison.” So Luther Burbank lives. He lives forever in the myriad fields of strengthened grain, in the new forms of fruits and flowers, and plants, and vines, and trees, and above all, the newly watered gardens of the human mind.”

“As a scientist, I cannot help feeling that all religions are on a tottering foundation….I am an infidel today. I do not believe what has been served to me to believe. I am a doubter, a questioner, a skeptic. When it can be proved to me that there is immortality, that there is resurrection beyond the gates of death, then will I believe. Until then, no.” – San Francisco Bulletin, Jan. 22, 1926, p. 1

“The idea that a good God would send people to a burning hell is utterly damnable to me – the ravings of insanity, superstition gone to seed! I don’t want to have anything to do with such a God.” – address to the First Congregational Church, San Francisco, Jan. 31, 1926

“We must not be deceived by blind leaders of the blind, calmly expecting to be ‘saved’ by anyone except by the kingdom within ourselves.” – ibid.

“For the little soul that cries aloud for continued personal existence for itself and its beloved, there is no hope.” – ibid.

“Euripides long ago said, ‘Who dares not speak his free thought is a slave.’ I nominated myself as an ‘infidel’ as a challenge to thought for those who are asleep.” – ibid.

“The devil has never concerned me, as I have always used my own conscience, not the dictum of any cult.” – ibid.

“Let us have one world at a time, and let us make the journey one of joy to our fellow passengers and just as convenient and happy for them as we can, and trust the rest as we trust life. Let us read the Bible without the ill-fitting colored spectacles of theology, just as we read other books, using our judgment and reason, listening to the voice, not the noisy babble without. Most of us possess discriminating reasoning powers. Can we use them or must we be fed by others like babes?” – ibid.

“Mr. Bryan was an honored friend of mine, yet this need not prevent the observation that the skull with which nature endowed him visibly approached the Neanderthal type….Those who would legislate against the teaching of evolution should also legislate against gravity, electricity and the unreasonable velocity of light, and also should introduce a clause to prevent the use of the telescope, the microscope and the spectroscope, or any other instrument of precision which may in the future be invented, constructed or used for the discovery of truth.” – Science and Civilization

“Science, which is only another name for truth, now holds religious charlatans, self-deceivers and God-agents in a certain degree of check – agents and employees, I mean, of a mythical, medieval, man-made God, anthropomorphic in constitution.” – from a summary of his beliefs prepared by Burbank for his friend, the Rev. Frederick Clampett, quoted in his biography, p. 137

“The word ‘religion’ has acquired a very bad name among those who really love truth, justice, charity. It also exhales the musty odor of sanctimony and falsehood.” – ibid.

“Scientists gladly accept any new truth which can be demonstrated by experiment, that is, proved by the very law of the cosmos. Not so with any new conceptions of religion; these are fought by the use of persecution and venom. Many of the current religious beliefs literally carried into practice would stampede humanity into the old jungle ideas and habits.” – ibid., p. 132

“Science has shown us all we know about what we call God. There is no other real knowledge besides – all else is theorizing without a shadow of proof for those who think.” – ibid., p. 136

“The integrity of one’s own mind is of infinitely more value than adherence to any creed or system. We must choose between a dead faith belonging to the past and a living, growing, ever-advancing science belonging to the future.” – ibid., p. 133

“I am an infidel in the true sense of that word.” – ibid.

“Those who take refuge behind theological barbed wire fences, quite often wish they could have more freedom of thought, but fear the change to the great ocean of scientific truth as they would a cold bath plunge.” – Why I Am an Infidel

“Most people’s religion is what they want to believe.” – ibid.

“Do not feed children on maudlin sentimentalism or dogmatic religion; give them nature.” – Views of Religion, by Rufus Noyes 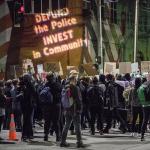 June 17, 2020 On Defunding Police
Recent Comments
0 | Leave a Comment
"So...it's fallen because God threw it down? But he considers himself justified in doing so ..."
Beroli Life’s Random Cruelty
"Is referring to specific people as "male" or "women" (as the case may be) considered ..."
Ann Life’s Random Cruelty
"So in other words, god introduced all of this as punishment on man for disobedience?"
DC Kurtz Life’s Random Cruelty
"God didn't create a fallen worldYet according to your other comment in this thread, which ..."
Adam Lee Life’s Random Cruelty
Browse Our Archives
get the latest from
Daylight Atheism
Sign up for our newsletter
POPULAR AT PATHEOS Nonreligious
1