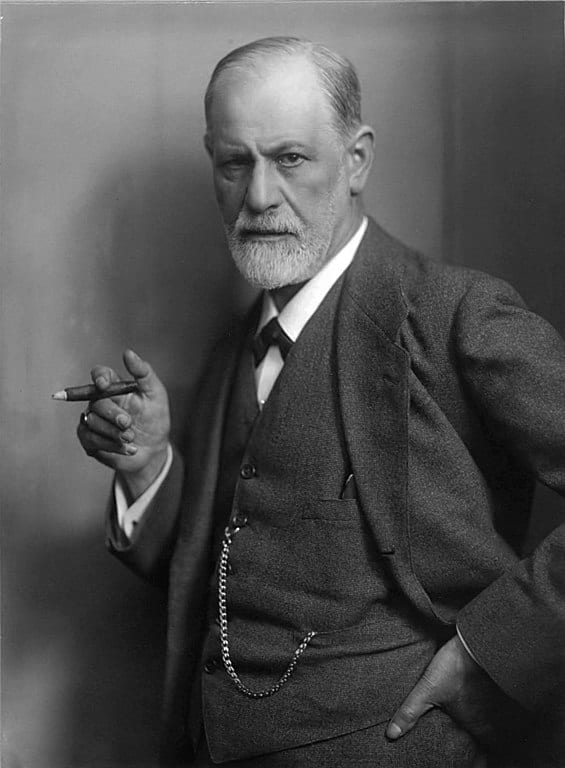 This is the nineteenth segment of a series on renowned skeptics throughout history. These profiles are drawn from 2000 Years of Disbelief: Famous People With the Courage to Doubt, Prometheus Books, 1996.

Sigmund Freud, the great Viennese explorer of the mind, is recognized worldwide as the chief founder of modern psychiatry. His explanation of childhood sexual urges and the Oedipus complex, of the action of repressed thoughts in the subconscious, of wish-fulfillment in dreams, and of other hidden mental processes have become part of the world’s scientific knowledge.

But the public is generally unaware that Freud was a fervent crusader against religion, which he deemed an obstacle to human intelligence.

“‘Grow up,’ he seemed to be saying, as if giving a child a spoonful of castor oil. ‘Forget those silly old tales. There’s no heaven, no hell, no angels, or devils or gods or saviors. Be brave and accept the natural world of science.’ Religion’s eleventh commandment is ‘Thou shalt not question,’ and Freud saw in that prohibition a bar to scientific inquiry, which begins with questions.”

Similarly, biographer Philip Rieff remarked: “Religion may have been the original cure; Freud reminds us that it was also the original disease.” And British Jewish leader Jacob Meitlis recalled that Freud, his friend, felt that “all religions were matters created by human beings, and he could discern no trace of sanctity in any of them.”

Again and again in his writing, Freud contended that small children have awesome images of their fathers as powerful protectors and punishers, and that, years later, this fantasy of the Great Father, still buried in the subconscious, attaches itself to the imaginary God of religion. Thus, unwittingly, believers worship the submerged infantile memory of their fathers. Repeatedly, Freud called religion a “universal obsessional neurosis.”

Freud’s scientific realism developed at an early age. A brilliant student, he entered medical school under physiologist Ernst Briicke, who taught that the human psyche is purely biological, not mystical or divine. Briicke had himself been influenced by physicist Hermann Helmholtz’s contention that “no other forces than the common physical-chemical ones are active within the organism.”

Throughout his career of analyzing human behavior, Freud attempted to apply scientific methods to understanding fears, feelings and fantasies. Today, his methods have been partly abandoned, yet he is known as the principal pioneer in grasping the submerged elements of human nature.

Incidentally, the manner of Freud’s death foreshadowed today’s euthanasia controversy, as it has focused on Dr. Jack Kevorkian, who assists hopeless patients in painless expiration. A heavy cigar smoker, Freud developed mouth cancer that blighted the last twenty-two years of his life. While he strove to continue working and writing, he underwent thirty-three operations and eventually was forced to wear a grotesque prosthesis. Finally exhausted, he persuaded his physician to give him enough morphine to end his suffering forever.

“Neither in my private life nor in my writings, have I ever made a secret of being an out-and-out unbeliever.” – letter to Charles Singer

“Religion is an attempt to get control over the sensory world, in which we have been placed, by means of the wish-world which we have developed inside us as a result of biological and psychological necessities. But it cannot achieve its end. Its doctrines carry with them the stamp of the times in which they originated, the ignorant childhood days of the human race. Its consolations deserve no trust. … If one attempts to assign to religion its place in man’s evolution, it seems not so much to be a lasting acquisition, as a parallel to the neurosis which the civilized individual must pass through on his way from childhood to maturity.” – Moses and Monotheism, 1939

“Religion is an illusion and it derives its strength from the fact that it falls in with our instinctual desires.” – New Introductory Lectures in Psychoanalysis, 1933

“The God-Creator is openly called Father. Psychoanalysis concludes that he really is the father, clothed in the grandeur in which he once appeared to the small child. The religious man’s picture of the creation of the universe is the same as his picture of his own creation…. He therefore looks back on the memory-image of the overrated father of his childhood, exalts it into a deity, and brings it into the present and into reality. The emotional strength of this memory-image and the lasting nature of his need for protection are the two supports for his belief in God.” – ibid.

“Religion … comprises a system of wishful illusions together with a disavowal of reality, such as we find in an isolated form nowhere else but in amentia, in a state of blissful hallucinatory confusion.” – The Future of an Illusion, 1927

“Religion is comparable to a childhood neurosis.” – ibid.

“Our knowledge of the historical worth of certain religious doctrines increases our respect for them, but does not invalidate our proposal that they should cease to be put forward as the reasons for the precepts of civilization. On the contrary! Those historical residues have helped us to view religious teachings, as it were, as neurotic relics.” – ibid.

“The different religions have never overlooked the part played by the sense of guilt in civilization. What is more, they come forward with a claim … to save mankind from this sense of guilt, which they call sin.” – Civilization and its Discontents, 1930

“Religions originate in the child’s and young mankind’s fears and need for help. It cannot be otherwise.” – to colleague Ludwig Binswanger in 1927, quoted in Freud: The Man and the Cause, p. 469

“The Nazis? I am not afraid of them. Help me rather to combat my true enemy … Religion, the Roman Catholic Church.” – to colleague Rene Laforgue, ibid., p. 491

“The Catholic Church so far has been the implacable enemy of all freedom of thought.” – What Great Men Think of Religion, by Ira Cardiff

“When a man is freed of religion, he has a better chance to live a normal and wholesome life.” – Atheist Desk Calendar 1993, by Carole Gray

“Monotheism … revealed the father nucleus which had always lain hidden behind every divine figure…. A return to the historical roots of the idea of God… the intimacy and intensity of the child’s relation to the father.” – quoted in Webster’s New World Dictionary of Quotable Definitions

“A religion, even if it calls itself a religion of love, must be hard and unloving to those who do not belong to it.” – Group Psychology and the Analysis of the Ego, 1921

“When once the Apostle Paul had posited universal love between men as the foundation of his Christian community, extreme intolerance on the part of Christendom toward those who remained outside it became the inevitable consequence.” – Peter’s Quotations

“How strange this tragically mad land you have visited must have seemed to you. [The Holy Land] has never produced anything but religions, sacred frenzies, presumptuous attempts to overcome the outer world of appearances by means of the inner world of wishful thinking.” – from a letter to novelist Arnold Zweig, who had just returned from a visit to Palestine

“I can muster no sympathy whatever for the misguided piety that makes a national religion from a piece of the wall of Herod, and for its sake challenges the feelings of the local natives.” – discussing Zionism, the Wailing Wall, and the Palestinian problem in a letter to Albert Einstein, 1930

June 24, 2020 A Surprise Win at the Supreme Court
Recent Comments
0 | Leave a Comment
"So...it's fallen because God threw it down? But he considers himself justified in doing so ..."
Beroli Life’s Random Cruelty
"Is referring to specific people as "male" or "women" (as the case may be) considered ..."
Ann Life’s Random Cruelty
"So in other words, god introduced all of this as punishment on man for disobedience?"
DC Kurtz Life’s Random Cruelty
"God didn't create a fallen worldYet according to your other comment in this thread, which ..."
Adam Lee Life’s Random Cruelty
Browse Our Archives
get the latest from
Daylight Atheism
Sign up for our newsletter
POPULAR AT PATHEOS Nonreligious
1