Commonwealth, XXXVIII: “Wealth Is the Only Measure of Value”

Commonwealth, XXXVIII: “Wealth Is the Only Measure of Value” June 5, 2020 Adam Lee

Secretary Remington was contemplating her speech when there was an awful noise and a tremendous jolt. She was flung from her seat, slammed violently into the wall of her private car and dropped to the floor, stunned.

She lay sprawled for several minutes before groggy awareness returned. Dark spots swam in her vision, and every part of her body was throbbing with pain, but she managed to brace herself with a hand and pushed up to her knees, then to her feet.

She staggered to the door, tried to turn the handle.

Growling in anger and frustration, she took a tottering step over to the window. She was still in the tunnel. There were fires burning low, and sprays of blue and red sparks. She could make out the body of the train, its cars derailed and overturned.

The fools, she thought angrily. This is what comes of putting incompetence in charge.

She was not afraid. She knew, with the cast-iron confidence with which she knew everything, that assistance would soon arrive. Thus she was unsurprised when, a minute later, she saw the beams of flashlights in the tunnel.

Two workers walked into view. One, from what she could make out – she had excellent eyesight – was a young dusky-skinned woman carrying a toolbox, with a hint of curly dark hair peeking out from under her hard hat. The other was a tall Latino man.

But then she got an unpleasant surprise: they didn’t go straight to her stranded private car. They circled around a derailed passenger car, talking in low voices, inspecting the doors and shining lights in the windows. They didn’t even seem to notice that she was there! 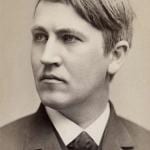