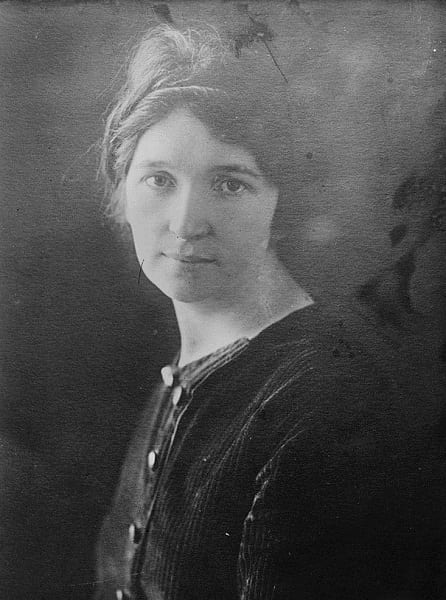 This is the 22nd segment of a series on renowned skeptics throughout history. These profiles are drawn from 2000 Years of Disbelief: Famous People With the Courage to Doubt, Prometheus Books, 1996.

If ever a hero fought a lonely struggle, scorned by the clergy and “respectable” society, and won final vindication, such a hero was Margaret Sanger, who brought birth control to America.

She was jailed eight times, and lacked organized support, yet she never faltered in her determination to free women from the perpetual pregnancy that was their fate in the past.

Sanger was born in upstate New York, the daughter of a freethinker. When she was a little girl, her father invited “the Great Agnostic,” Robert Ingersoll, to speak at a local hall. But angry believers barred them from the hall and flung tomatoes at Ingersoll, Margaret, and her father. Afterward, her family was taunted as “heathens” and “devil’s children.” Her father had difficulty finding work.

She received nurse training at White Plains and married an artist, William Sanger. In her work among the dingy tenements of New York City’s Lower East Side, Sanger saw poor women broken by constant childbearing and families unable to feed teeming broods. Birth control was unknown.

Sanger recounted a 1912 incident in which a desperate mother botched a self-induced abortion and nearly died. When the woman begged for advice on how to avoid pregnancy, her doctor could suggest only that her husband “sleep on the roof.” Three months later, Sanger was called to the woman’s home, to find her pregnant again and dying.

At that time, almost any mention of sex was a crime in America. Puritanical fundamentalist Anthony Comstock had induced Congress to pass the “Comstock Law” banning sexual material from the mail, including discussion of birth control. When Comstock became the nation’s chief postal inspector, Sanger fell victim to him repeatedly. In 1912, she began writing a series titled “What Every Girl Should Know” in a socialist paper. One article mentioned syphilis and gonorrhea. Comstock’s agents censored the article, so the newspaper printed the headline, “What Every Girl Should Know,” followed by: “Nothing! By order of the Post Office Department.”

Determined to combat unwanted pregnancy and venereal disease, Sanger went to Holland and learned of a new invention, the diaphragm. She returned to the United States in 1913 to launch her crusade. In 1914, she began publishing the periodical The Woman Rebel, which was indicted under the Comstock Law because it mentioned contraception. In 1916, she opened America’s first birth-control clinic – and was jailed thirty days for “maintaining a public nuisance.”

As she was booked into jail, the warden asked Sanger her religion, to which she replied, “Humanity.” She later recounted in her autobiography: “He had never heard of this form of belief, and rephrased the question, ‘Well, what church do you go to?’ None. He looked at me in sharp surprise. All inmates of the penitentiary went to church.”

Biographer Virginia Coigney recorded that Sanger “was an atheist and the daughter of an atheist,” yet she was driven by compassion “to free women from biological slavery.”

In the early years of Sanger’s struggle, few groups came to her aid, because sex itself was taboo. Churches called her evil for attempting to thwart God’s will. But she persisted.

In 1921, Sanger founded the American Birth Control League, a forerunner to the Planned Parenthood Federation. In 1929, police raided her clinic and seized her files. But by then, some doctors, social workers and reformers had begun to support her cause. The battle moved into courts and legislatures, in a long campaign for women’s freedom.

In 1965, a year before Sanger’s death, a major victory was won. The U.S. Supreme Court struck down a Connecticut law that had outlawed contraception, even for married couples. In 1972, the high court killed a Massachusetts law which had made it a crime to sell birth-control devices to unmarried people. Thereafter, all American adults enjoyed the right to choose birth control – a right that Margaret Sanger had begun seeking six decades earlier.

“No Gods, No Masters.” – masthead motto of Sanger’s newsletter, The Woman Rebel

“Cannibals at least do not hide behind the sickening smirk of the Church…. Their tastes are not so fastidious, so refined, so Christian, as those of our great American coal operators…. Remember the men and women and children who were sacrificed in order that John D. Rockefeller, Jr., might continue his noble career of charity and philanthropy as a supporter of the Christian faith….” – from 1993 Atheist Desk Calendar by Carole Gray

July 22, 2020 Should Churches Get COVID Bailout Money?
Recent Comments
0 | Leave a Comment
Browse Our Archives
get the latest from
Daylight Atheism
Sign up for our newsletter
POPULAR AT PATHEOS Nonreligious
1